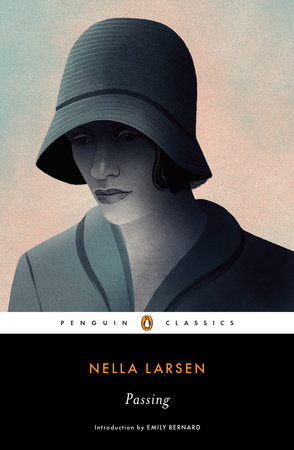 This month, we’re celebrating our wonderful summer interns who work tirelessly to ensure The Common’s excellence despite the heat. As Amherst College students, these three readers ask us to look towards the margins; the lines between civility and scandal, poetry and prose, black and white.

Recommendations: Passing by Nella Larsen, On Poetry by Glyn Maxwell, The Gentleman’s Guide to Vice and Virtue by Mackenzi Lee

On a hot summer’s day in Chicago, a young woman named Irene Redfield comes face-to-face with a childhood friend she thought she’d never see again. Both women are biracial with light skin, and both are “passing” as white in order to gain admittance to the hotel lounge where they are taking refuge from the heat. However, only Irene’s friend Clare has taken this deception to a new level; only Clare is attempting to pass as white to her new husband, leaving behind the friends and family of her former life. Instantly, Irene is unnerved, intrigued, and left utterly shaken by the reunion. Although she wants nothing to do with Clare’s risky actions, some deep underlying attraction keeps pulling the two women together. Only after Irene is drawn back into Clare’s intoxicating orbit does she begin to realize the real dangers that come with “passing,” and the cost of letting someone so irresistibly charismatic back into her life.

Throughout the book, Larsen never shies away from posing big questions—oftentimes ones that resonate today to an uncanny degree. What does it mean to belong to a race, and what does it mean to reject it? Does one owe loyalty to a race? More loyalty than to one’s personal interests? If these questions were fraught with complexities when Larsen penned Passing, they certainly have yet to find resolution ninety years since its publication. In only 120 pages, Larsen defty uses her protagonist Irene as a lens keenly trained on gender, class, race, and sexuality during the Harlem Renaissance. Still, despite tackling such topics with tact and nuance, Passing ultimately reminds readers of what lies at the novel’s heart: the lives and friendship of two black women trying to survive in an unfair world by whatever means necessary.

On Poetry by Glyn Maxwell; recommended by Avery Farmer

Glyn Maxwell is an accomplished poet, playwright, and novelist. In On Poetry, he distills decades of writing, teaching, and studying poems into a wise, concise book that advances a thoughtful theory of poetry. Maxwell is an unapologetic fan of the capital-C Canon, and although the book drips with his admiration for those poets (mostly old white men), the concept of successful poetry he argues for is pleasantly egalitarian. He writes, “Poets were real, walked around, sat down, shouted. Poems are responses to needs, urges, hungers, thirsts, they have sprouted forth in moments like the moments we know, passing beside us now.”

In his own poetry, Maxwell balances a tendency toward the heady and elevated with a knack for common speech and ordinary language. This book improves on that, laying out a series of different ways to consider a poem in terms that are unpretentious but not condescendingly simplistic. Occasionally, it’s funny, but more often, it’s funnily sentimental. Maxwell’s love of poetry is clear, and he speaks very eloquently about it. I fell in love with On Poetry midway through the first chapter, “White,” concerning the white space of the page. According to Maxwell, what sets a poem apart from a song/play/novel is that a poem begins with a blank page and ends with some kind of a mark upon that page. He says it better than I can, but basically, books and plays are spoken, or recorded, but they don’t live and die on the page in the same way a poem does. He offers the following simple-but-profound advice to poets: “Put more practically, line-break is all you’ve got, and if you don’t master line-break – the border between poetry and prose – then you don’t know there is a border.”

I would recommend On Poetry to anybody with an interest in poetry. Yes, people who love it and know it, but better yet somebody who has “never really gotten” poetry, but still wonders what it’s all about. Maxwell lays it out in a way that’s easy to understand but invites further reflection and, most importantly, further reading.

The Gentleman’s Guide to Vice and Virtue by Mackenzi Lee; recommended by Whitney Bruno

Mackenzi Lee’s The Gentleman’s Guide to Vice and Virtue is a historical fiction piece set in 18th-century Europe. Amidst the wealthy English aristocracy of the time, young and rowdy Henry “Monty” Montague rejects the expectations thrust on the typical English gentleman and instead embarks on a Grand Tour of Europe with his sister and long-time crush, Percy. Chaos ensues.

Lee’s novel feels like such a departure from staples in the YA-genre that I can’t help but fall more in love with it with each page. And it’s hard not to fall in love: Lee has a knack for writing quirky, clever dialogue and endearing characters that left me laughing out loud until the very end of the story. The novel’s casual explorations of LGBT-themes is additionally refreshing, as much of the book’s historical intrigue is created in its exploration of LGBT communities prior to the 20th century. In fact, if you love historical fiction novels that recontextualize modern marginalization issues in the past, then this novel is definitely not one to pass on.