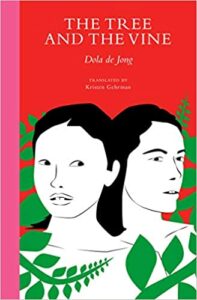 Dola de Jong’s The Tree and the Vine; recommended by Nayereh Doosti

Erica and Bea move in together shortly after meeting in 1939 Amsterdam, and soon all walls and boundaries between them crumble, quite literally. By tearing down the wall between their bedrooms, they come to the “equally irrevocable conviction” that they are “bound together for life.” Their friendship is characterized by the ambiguity and fluctuation of its boundaries. What follows is a short-lived yet mercurial and explosive relationship marked by the women’s repressed desires. Although not explicit until the very end, sexual and romantic tension permeates the novel. The timid, accommodating, and middle-class Bea tolerates Erica’s behavior at all costs, while squandering her savings on Erica’s impulsive and self-destructive decisions. Grappling with her inner desires, Bea consistently rejects Erica’s advances but finds herself most at ease when nurturing her. When Erica kisses her on the neck, she blames it on Erica’s intoxication yet can’t contain her jealousy and anxiety when Erica spends time with other romantic interests. She compares herself with the “gaudy, superficial, outspoken girls” who attract Erica, but turns her away when Erica finally admits, “This is the way I am!…And this is the way you are too. Yes, you, Bea. Admit it!” She blames Erica’s behavior on her difficult childhood, while supporting her unconditionally only to keep her close.

Bea’s urge to care for Erica intensifies when the war escalates and fears of a German invasion grow. As she desperately tries to help her defiant friend flee to America, Bea gradually comes to terms with her own feelings, although too late. Set in the backdrop of 1939 Amsterdam, The Tree and The Vine can be classified as neither a WWII nor a lesbian romance. It is all of that and so much more. It mediates on the intimate struggles of two young people just as it offers a window into the private history of war or homosexuality. It does not confine the characters to queer stereotypes. Without demonizing them, it allows the characters to be complex, messy and angry. I received my review copy of this book back in June, but it was only a week ago that I picked it up and I read it overnight. In the words of translator Kristen Gehraman, this is a novel defined by its “feverish” or “frenetic” characters and style. The frenzy of Erica and Bea’s relationship pulses throughout Dola de Jong’s text, and it’s preserved in Gehraman’s captivating, new English translation. It also has a beautiful cover design—always a great bonus! 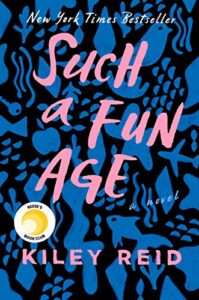 Kiley Reid’s Such a Fun Age; recommended by Julia Pike

Two of my primary activities in the last few months have been nannying and working to educate myself more on race and systemic racism in this country; Such a Fun Age by Kiley Reid exists at the intersection of these two things. The novel, which is Reid’s stunning debut, begins on the night when Emira Tucker, a young black woman, is accused of kidnapping Briar, the white child she babysits for, while the two are at a supermarket. The implications of this event touch not only Emira’s life, but the lives of the white man who witnesses the incident, and of the mother Emira’s babysitting for, a white woman named Alix who is accustomed to having everything run smoothly in her life. The relationship between Emira and Briar is the book’s emotional core, and Briar’s character is authentic and charming without ever veering into cutesy—always a difficult line to navigate when writing children.

The story unfolds quickly, and it was at once a propulsive read and a thoughtful meditation on race, relationships, and power. It unflinchingly tackles the idea of being a “good white person,” and I’ve found myself thinking about the book’s conclusion since I finished it months ago. I would recommend it to people looking to extend their antiracist literary education beyond nonfiction and to anyone looking for a great summer read. 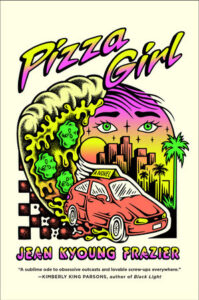 The last book I read with such dogged determination, plowing through words and pages in single-minded desire to know that happens in the end, was Donna Tartt’s The Goldfinch. Then too was I driven to the book’s last pages not because I necessarily cared what happened to the characters but because I had to know how this teetering absurdity resolved. Pizza Girl also possesses that compelling onward thrust.

But I did grow to care about at least a few of the characters, not least Frazier’s eponymous pizza-delivering, Korean-American, and pregnant heroine. She stays unnamed throughout most of the novel, often referred to only through pronouns by other characters and by herself. We slowly learn that her pregnancy was unexpected, that she is dreading the advent of a baby and the attendant approach of adult responsibilities, and that her abusive father’s shadow hangs over her like a skin she cannot shake. He might be dead, but she uncovers traces of him still living within her. When she intentionally and deliberately makes the wrong decision for her body, her mind, and her personal relationships, we can only watch carefully, hoping against hope that the flickers of wit, humor, empathy, and courage we observe in her will carry her through, and perhaps, onward and upward.