This is the second installment of an online series highlighting work by Black authors published in The Common. To read  The Common’s statement in support of the nationwide protests against anti-Black racism, white supremacy, and police brutality, click here.

How Do You Get to Harlem? by Tyree Daye 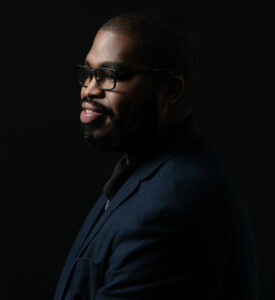 Tyree Daye is the author of poetry collections River Hymns, a 2017 APR/Honickman First Book Prize winner, and Cardinal, forthcoming from Copper Canyon Press 2020. Among other honors, Daye most recently was awarded a 2019 Whiting Writers Award. His poem “How Do You Get to Harlem?” was published in Issue 17.
“Our cousins from New York talked about Harlem

the way our aunts, with their Sunday stockings
drying over the shower curtain like tobacco leaves,

talked about a heaven. I tried to imagine
a skyline where a patch of pines stood and swayed.

Every summer when they’d visit we’d make a moon around them
and listen to stories about city life,

my mother always in the background shaking her head—
she could hear us leaving already.”

What My Father Said by Diana Babineau 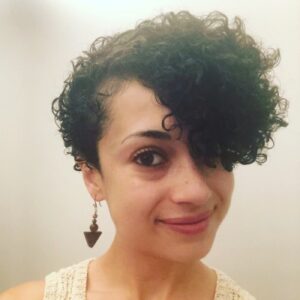 is the managing editor of In These Times and a consulting editor for the Kenyon Review. She copyedits and proofreads books for the University of the West Indies Press, and holds a BA in English from Amherst College. Her poem, “What My Father Said” was published in Issue 17.

“Like here, in his pale arms holding
me as I cry stupidly over
what he had to endure—the horror
of losing your wallet!—
not knowing yet
that he and I have different
things to lose. That my body, brown against
these ivory sheets, washed and pressed
by my mother’s brown hands, is
not the same. That my grasp of the world
is yet too small for me to know where a girl
like me belongs…” 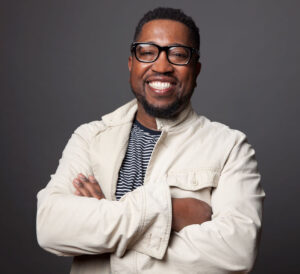 Major Jackson is the Richard A. Dennis Professor of English and University Distinguished Professor at the University of Vermont. He serves as the Poetry Editor of The Harvard Review, and his writing has been published in American Poetry Review, Callaloo, The New Yorker, The New York Times Book Review, Paris Review, Ploughshares, Poetry, Tin House, and Best American Poetry. His poem “Special Needs” was published in Issue 02.

“I am most me in an alley off Market Street

where I pretend to be homeless
and a friend to stray cats like Saint Francis.
My young cousins only want hard words
and money. If the economy sinks, they will
kill you quicker than a brainwave.
I want to give my sympathy to the last
evangelical. Here I am twirling my fork
aching to pierce some roasted strip of thought.
As long as the mind is blaring,
we avoid the straitjackets of conformity.
I am tired of the taste of my life.”

On Being a Vine by Rae Paris 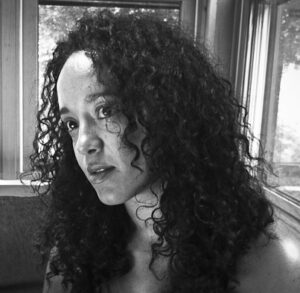 is a writer and Professor of English at the University of Washington. Originally from California, her work extends into the South. She was awarded an NEA Literature Fellowship and recognized by the O.Henry Prize Stories collection, the Flannery O’Connor Award for Fiction, and poetry Best of the Net 2013. Her poem, “On Being a Vine,” was published in Issue 09.

“Maybe when we wake our breath caught between this
world and some other maybe it’s the vine souls choking
us to remember their life and do they dream of sun or sky
or clouds all of it up and away reaching toward light or
maybe roots and earth wet and dark and deep? Are their
nightmares of us? And what if the frozen-faced crowd
makes you forget the vine dance your small arms trying
to wrap around giant air on a glaring stage? What then?
What if you stand still, let the world race around you, you,
your own secret light in the eye tangled prayer of hands
beneath your chin? Listen: What we know of vines ain’t
got nothin on you sweetest brown girl greenest thing this
world will ever see.” 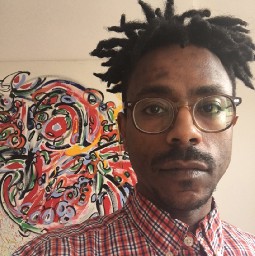 Mik Awake‘s work has appeared in The Awl, McSweeney’s Internet Tendency, Callaloo, Witness, The Brooklyn Rail, and elsewhere. He teaches writing in the City University of New York system and lives in Brooklyn. His poem, “Corey,” was published in Issue 14.

“Became a skinhead
a year after he moved from
Bumblefucktucky.
Hit me with his cast.
Hurt people hurt people
often with their hurt parts.
Who broke his arm?
His step-dad step on him?
They was poor, but they was white.
A black eye was the only
color he brought to art class.”

Curated by ISABEL MEYERS
Like du Maurier’s more famous Rebecca, My Cousin Rachel takes place in a manor house in the British countryside and involves wealthy people with dark secrets. Main character Phillip despises his deceased cousin’s wife, Rachel—for isn’t she simply trying to steal his fortune?—until he falls in love with her, until he comes to despise her again, because perhaps she is trying to steal his fortune after all.