To round out 2016, we’re reading novels new and old for December’s Friday Reads. Explore the social dynamics of male friendships, the black experience through generations and continents, the loneliness of a haunted orphan, and the self-consciousness (or self-destructiveness?) of the writer. After all, the dark days of winter are perfect for tackling big questions, and these towering works of fiction are perfect for raising them.

Eva Moves the Furniture by Margot Livesey, Homegoing by Yaa Gyasi, The Throwback Special by Chris Bachelder, and Despair by Vladimir Nabokov. 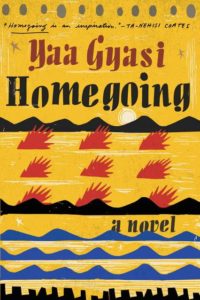 If it wasn’t for Colson Whitehead’s The Underground Railroad this year,Homegoing would be getting all the buzz. Beyond their well-deserved accolades, the books also share a desire to document, in vivid, eye-widening prose, the racial injustices of each period of history since slavery began. It’s not for the faint-hearted reader, but you only have to remind yourself that reality was often worse than fiction in all of these times and places.

Homegoing begins with the British slave trade in the Gold Coast (modern-day Ghana), and follows many protagonists through the decades and miles to America in the year 2000. Half-sisters Effia and Esi diverge in the first pages of the novel (one marries the British governor, the other is captured and sold by another tribe), and from there we move down their family trees, each generation with two new characters to lead the book—one in Africa, and one in the US. This could feel disjointed and detached, but instead Gyasi manages to draw you into each story with urgency and empathy, even while you’re still wondering about the last one.

There are some characters it is easy to condemn, of course—brutal plantation masters, cruel soldiers, the sheriffs who arrest black men to fill their coal mines with free, expendable labor. But Gyasi doesn’t shy away from the complexities, either, in the tribal conflicts that fill the ships with slaves, or the paper-bag test for lighter-skinned jazz singers, or the drugs in Harlem that mark the march toward the present day. Gyasi perfectly chronicles each time and place, weaving in uncomfortable truths about the nature of history and storytelling along the way. 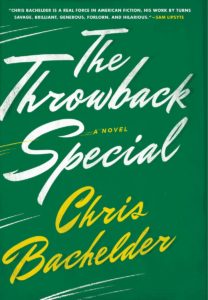 The Throwback Special by Chris Bachelder

This is the story of 22 middle-aged men and their ritual of gathering annually to recreate an iconic moment in football history: the 1985 play in which Joe Theismann had his leg gruesomely broken by another player on live television. I admit I initially opened the turf-green cover of Bachelder’s The Throwback Special feeling rather scholarly. As a woman in her early 20s who hails from a country where “football” means soccer—and who doesn’t have much of an interest in soccer at that—I was hoping to better understand how American men relate to sports and to each other. But when I set out on this timely mission I little expected that I would find such a sense of attunement, a feeling of almost intimate familiarity, amidst Bachelder’s investigation of the bizarre rites that frame the psyche of male hives.

The men of this novel (who seemed as befuddled as I was by the significance of their rituals) are handled with good-natured mockery, and Bachelder reveals truths so incisive that his writing escapes the specificity of its context and is left to morph freely into our own ways of relating to the world. This cast of 22 gathers to bear witness to the innocuous chaos of each other’s lives—the balding, vasectomies, divorces, and bad complimentary breakfast—and the author manages to pick up this stuff from their everyday lives and expertly pry from it intimacies that feel true to us all. 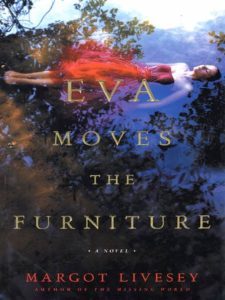 This is not Margot Livesey’s latest novel. Eva Moves the Furniture was published in September 2001. The world fell out from under us then; and Eva had a quiet start. I didn’t discover this elegant, suspenseful book until recently—15 years past due. Last month, my sense of place—geographical, political, spiritual—was significantly altered by the US election. So it felt fitting to spend time visiting Livesey’s overcast Scotland, hiding in a story where the edges of reality are intentionally blurred.

Lonely, motherless Eva McEwen is visited one day by a woman and a girl. These ghosts, her “companions,” continue to mysteriously come and go. They interfere with Eva’s life just as often as they withhold from it. As Eva grows from a child into an adult, she comes up against the limitations of her unusual reality. Through the friendship and work of caretaking, Livesey examines truths and crutches—how they affect our lives and the many other lives we encounter.

Eva herself is defined by longing. There is a wonderful play of anxious waiting versus the magic of willing something to happen. Often, Eva makes her world shift by physically moving—away to study nursing, or later to the birthplace of her mother. In the wake of her movement, we are better able to see what and who sticks, who follows, who will go away, what else might be churned up. Ultimately, Eva faces down her imperfect beginning, and then gives the reader permission to have a good, howling cry. 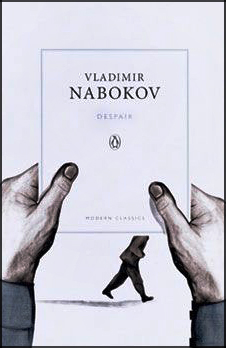 You are walking along a back road and you find a sleeping figure. An eerie wave of recognition passes over you as you reach to uncover the sleeper’s face. With horror, you discover that the face looking up at you is a perfect copy of your own. What do you do next?

If you answered, “Elaborately stage the murder of the sleeping man in the name of art,” then you have more in common with the narrator of Vladimir Nabokov’s Despair than you should readily admit. The most surprising feature of the novel is not, however, the crime. The surprise, indeed, the delight, of Despair is the aesthetic glee Nabokov’s finely wrought sentences take in describing the artistry of the killer’s final act. Surveying the corpse, the narrator muses that, “Like the author reading his work over a thousand times, probing and testing every syllable, and finally unable to say of this brindle of words whether it is good or not, so it happened with me.”

Fans of Joyce Carol Oates’ Expensive People will enjoy the flair of the unhinged murderer turning to literature for his confession. But chillingly, Nabokov’s work suggests that his penchant for writing may be motive enough for his heinous acts: “If I were not perfectly sure of my power to write and of my marvelous ability to express ideas with the utmost grace and vividness…there would be nothing to describe, for, gentle reader, nothing at all would have happened.”

ELLY HONG
Here at The Common, our incisive volunteer readers are the first to review fiction and nonfiction submissions to the magazine. In this month’s round of Friday Reads, they recommend three exciting new works of speculative fiction.