In the final Friday Reads of 2020, we’re hearing again from our volunteer readers on what books have been keeping them engrossed and entertained as the weather gets colder. For this second batch, our readers highlight books set everywhere from an Anishinaabe reserve in Ontario to Sofia, Bulgaria and a city in 1950s Italy.

Read our first round of volunteer reader recommendations here.

Recommendations: Writers & Lovers by Lily King; Cleanness by Garth Greenwell; Moon of the Crusted Snow by Waubgeshig Rice; Marcovaldo, or The Seasons in the City by Italo Calvino, translated by William Weaver. 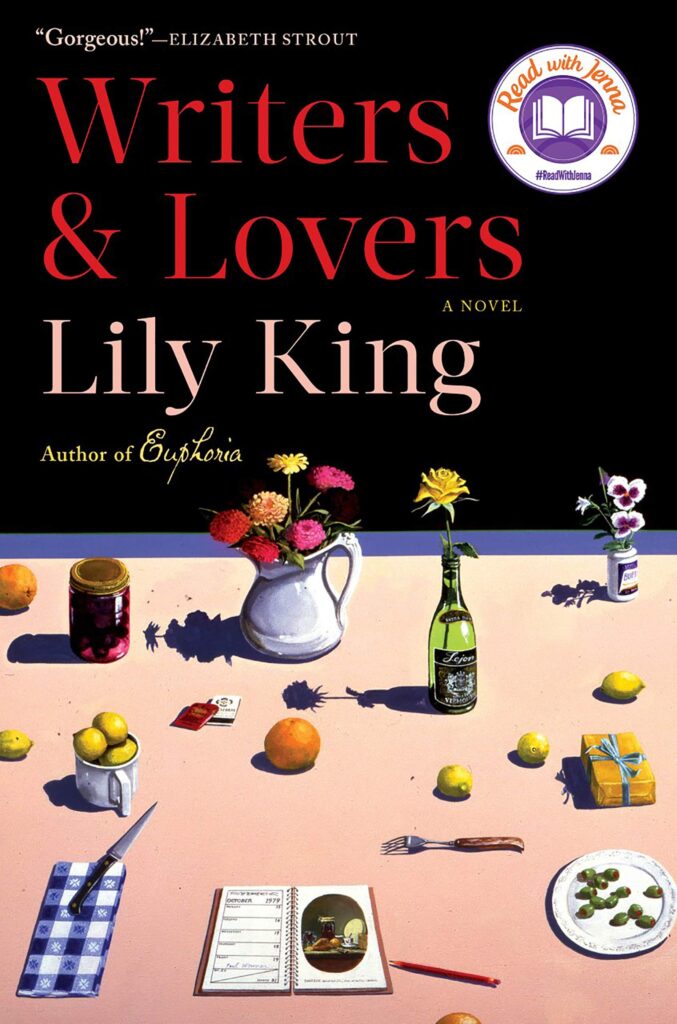 Casey’s got problems. She’s 31 and living in a friend’s garden shed in Boston—between crushing student debt and an exhausting waitressing job, she’s barely scraping by. Her mother has recently died, her father’s a creep, she has medical issues but no insurance, and she fears the novel she’s been toiling over for six years will never see the light of day. Two men vie for her attention—Oscar, a successful novelist and widower with cute children, and Silas, a flaky but vivacious young artist Casey can’t wait to get into bed—but the romances are beside the point. They underscore an identity crisis for Casey: the choice between security, professionalism, and the promise of children and family or chasing her dreams.

Casey is still determined to make it as a writer, though her creative friends from college have all left the building for sensible, boring, “adult” jobs. In bruising, funny, and knowing prose, King eviscerates these characters in single sentences, and sneaks in snide asides about what it means to be a successful female writer in a sea of male ego—watch for an amazing bit where a famous female friend of Oscar’s attends his book reading and steals the entire scene. Of course, this is also a novel about grief. All three of the principal characters have lost someone—Casey her mother, Silas his sister, Oscar his wife—and quiet observations about loss permeate the novel. How you never really remember what you used to talk about with a loved one. How photos take on vitality and untapped potential when you learn the person in them died young.

At heart, this is a book about writing and about reaching that critical decision point at the end of extended adolescence—are you ready to settle down or still raring for an adventure? Is it possible to have both? Casey’s story, though set in 1997 (blink and you’ll miss the references), could not be timelier. She’s lost everything and is barely getting by, and her despair, debt, failure and grief all blind her to what she truly needs and desires in life. Once she figures it out, the truth sets her free. Normally I’d roll my eyes at the somewhat pat, madcap fairy tale ending King presents to us, but reading this during a global pandemic, I can’t begrudge our heroine her happiness. She’s going to be okay. 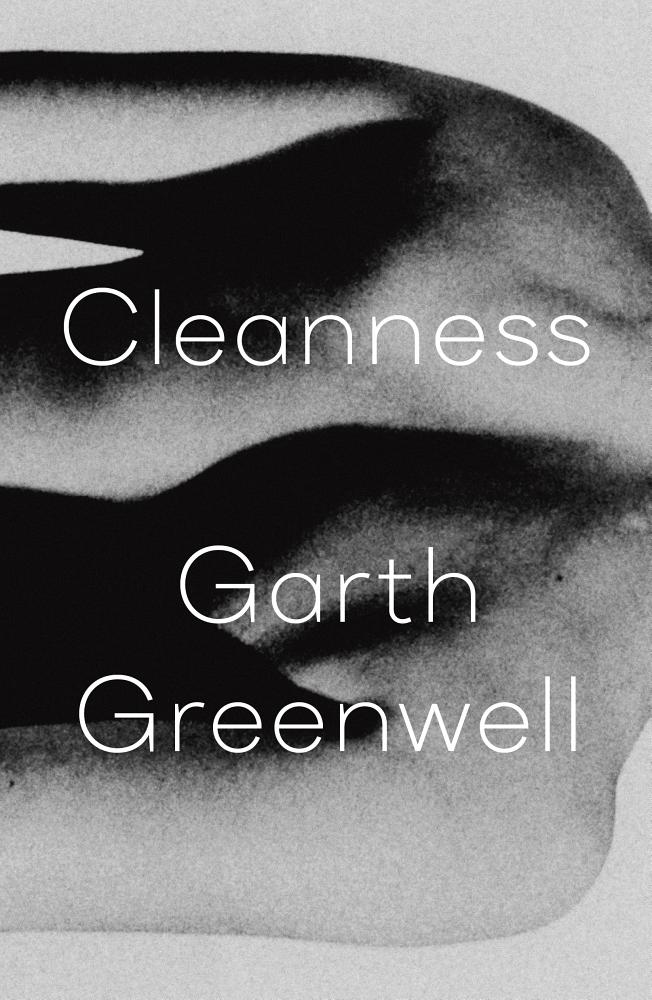 Consuming Garth Greenwell’s Cleanness in a single weekend was perhaps a bad choice, although I am not sure there truly was a choice to be made. At one point I did put the book down to text a friend, “Cleanness is hurting me.” But hurting or not, I was compelled by the richness and deeply reflective nature of Greenwell’s writing to finish the story despite being overwhelmed with aching and profound loss.

The stories each operate on the kind of tender pain that comes from isolation, tremendous heartbreak, and a loss of one’s sense of place. We walk the streets of Sofia, Bulgaria with Greenwell’s unnamed narrator, an ex-pat teacher preparing to leave his job and the country he’s struggled to call home, providing a strong sense of the city as seen through the eyes of an outsider. While navigating the landscape of Sofia, including the school where the narrator teaches and the various different apartment buildings he travels to for sex, we’re given space to understand a specific kind of queer longing and desire for relationships, sex, affection, and stability. We can see that sometimes getting what you want means giving away something that you don’t want to give. Through this violence and tension Cleanness becomes a marvelous exploration of sex and desire.

Readers are given the narrative out of order, discovering new facets of the story via a slow reveal of experiences and consequences. Readers witness the narrator in uncomfortable situations with students, lovers, and strangers; all involving some degree of secrecy or sense of hiding. The rise and fall of a relationship across distance and time unfolds against the backdrop of political unrest, and while readers know the relationship is doomed, there somehow still exists a bit of hope for success, or at the very least a hope for happiness. Greenwell renders these decisions that risk health and safety beautifully. The implications of childhood abuse and queerness are absolutely gutting and force a reckoning of identity with innocence through prose that is controlled yet emotional.

As winter stalks an Anishinaabe reserve in remote northern Ontario, the community is suddenly and inexplicably cut off from its modern infrastructure. First, televisions go down, followed by cell phones and landlines. Soon, the reserve plunges into a power blackout and delivery trucks stop coming. When reports of widespread blackouts and violence arrive from the south, panicked community members make a run on the remaining groceries and supplies. Council leaders struggle to maintain order, but the balance of power is tested when a menacing stranger arrives. Other strangers soon follow, seeking refuge on the reserve. While the remorseless winter months creep by, supplies dwindle and the body count grows. Mounting tensions divide loyalties and test values. As desperation takes hold, the Anishinaabe community must make a harrowing decision.

Moon of the Crusted Snow is the second novel of Waubgeshig Rice, the Canadian journalist from Wasauksing First Nation. Fans of post-apocalyptic literature will notice the influence of seminal entries in the genre, such as Cormac McCarthy’s The Road and Emily St. John Mandel’s Station Eleven. Yet unlike these novels that are truly post-apocalyptic and thrust their readers into the throes of survival, Moon of the Crusted Snow begins on the cusp of societal collapse and leads its readers through the slow burn of social upheaval. In this way, the story is more reminiscent of William Forstchen’s One Second After. Yet Moon of the Crusted Snow stands apart by concerning itself less with individual outcomes and more with the condition of this First Nations band as a whole. In addition to the narrative, Rice’s focus on the fate of the community is represented thematically through his various allusions to their knowledge of and commitment to each other and their land, history, and traditions. The subtext is that such familiarity and commitment make the First Nations more likely than non-Indigenous inhabitants to survive an apocalypse. As one elder in the story puts it, “Yes, apocalypse. We’ve had that over and over. But we always survived. We’re still here. And we’ll still be here, even if the power and the radios don’t come back on and we never see any white people ever again.”

Overall, this slow-burning thriller is a taut and unflinching statement about the power and necessity of human community. When winter seems unrelenting, pick up this book. 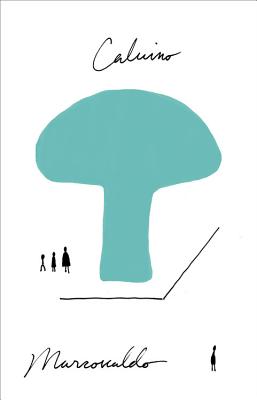 Italo Calvino’s Marcovaldo: Or The Seasons in the City, translated by William Weaver; recommended by Michael Quinn

Italo Calvino’s 1963 collection of short stories, Marcovaldo, or The Seasons in the City, translated from the Italian by William Weaver, follows the seasonal adventures of a put-upon, unskilled laborer who works in the shipping department of a warehouse and lives with his wife and six children in extreme poverty in an unnamed northern Italian industrial city in the 1950s and ’60s.

The city is loud and crowded, full of “trams clamoring, trucks going to market, hand-carts, pickups, workers on motorbikes rushing to factories.” Each day brings harassments, indignities, and insults, whether from a scolding supervisor or a ticketing traffic cop. Beaten down by life, Marcovaldo is “accustomed always to feeling guilty.” Neither lazy nor stupid, he is a bit of a dreamer. Each season, Marcovaldo plunges headlong into adventure of one kind or another, usually with comic results. One spring it’s the enterprise of capturing wasps to treat rheumatism (practitioner and patient alike get woefully stung). Come winter, Marcovaldo stuffs newspapers under his shirt to keep warm while scrounging the city for firewood, finally resorting to sawing off pieces of billboards. Yet it’s a snowfall that provides an unexpected reprieve from being ground down by this everyday toil. Marcovaldo still has to go to work, but with cars snowed in place, he can walk in the middle of the street: “he felt free as he had never before.”

While hungering for material comforts, his heart’s true desire is nature’s beauty and its rewards—a shady spot for sleeping, for example. Stretched out on a park bench one night to escape his apartment’s stifling heat, Marcovaldo finds himself comparing what he sees in the sky to what surrounds him in the city: “The moon with her mysterious pallor, also yellow, but also green, in its depths, and even blue; the traffic-light with its common little yellow.” For Marcovaldo, it’s this attention to the natural world—“discovering the changes of season, the yearnings of his heart, and the woes of his existence”—that gives his life substance, sustenance, and meaning. Calvino (whose sensibility bears a special kinship to the neorealist filmmaker Vittorio De Sica) doesn’t shy away from depictions of real poverty and the moral and ethical problems of post-war industrialization. Yet in this charming, melancholic collection, he offers a kind of antidote: the turning of our attention to the natural world around us.