In this special, mid-month edition of Friday Reads, Issue 20 contributor LaToya Faulk shares her recent recommendations and reflects on motherhood in the pandemic, entering discussions on race and queerness with her daughter, and the life-altering power of babies. Take a read and make sure to grab your copy of Issue 20 here.

Since March, I’ve been home with my precious and verbose seven-year-old girl. It’s mostly me and her, so mothering feels more immediate. Such immediacy has a way of repositioning the self-as-reader, and I’ve found refuge in the declarative work of writers who incite new ways of understanding how to parent in the blissfulness of childrearing and the failures of it too, especially under the precarious times of a pandemic. With this, books like Rivka Galchen’s Little Labors, Brandy Colbert The Only Black Girls in Town, Natasha Tretheway’s Memorial Drive, and Camille T. Dungy’s Guidebook to Relative Strangers: Journey into Race, Motherhood, and History bring me closer to understanding the many ways we imprint ourselves upon our children, and how they equally imprint themselves upon us. 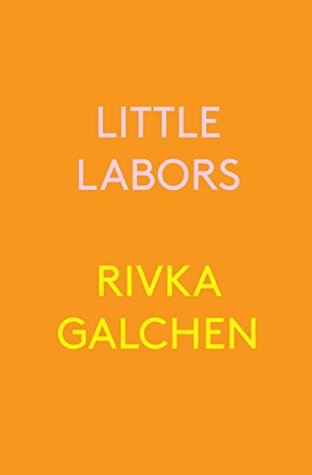 I found my way to Rivka Galchen’s Little Labors while working at the indie bookstore Square Books in Oxford, Mississippi. At the time, I was deeply in search of contemporary readings on motherhood which gave women and children a complicated fullness and that theorized the experience of childrearing in ways similar to those I found decades ago in Adrienne Rich’s Of Woman Born: Motherhood as Experience and Institution. In Little Labors, Galchen encounters her newborn as an undiscovered force “making her into a writer, not writing.” Galchen reckons with the force of babies on writing, but also the force of the few babies that appear in literature. Her baby love reshapes time, space, and the constellation of neighbors and friends who orbit her New York residence. What I love most about Galchen’s Little Labors is how the work takes the deeply magical incoherence of babies and reminds us just how deeply magical and incoherent our love and labor for these little beings is in return. The human baby might be nothing and everything, intimate and strange. Galchen’s newborn is puma, plant life, opiate, featherless bird, sloth, and old world monkey (side note for white people: baby as monkey doesn’t always carry over well for people of color, so be mindful and cautious to put such depiction in use to describe BIPOC babies). All of these denote the constant metamorphosis of the little being. What I gleam from Galchen, and what makes the book successful in my mind, is her notion of witnessing the intensities of life with a rapidly evolving human being who remodels—and in some cases disorients—your understanding of that which surrounds and is right before you, and much more, remodels and disorients even you. 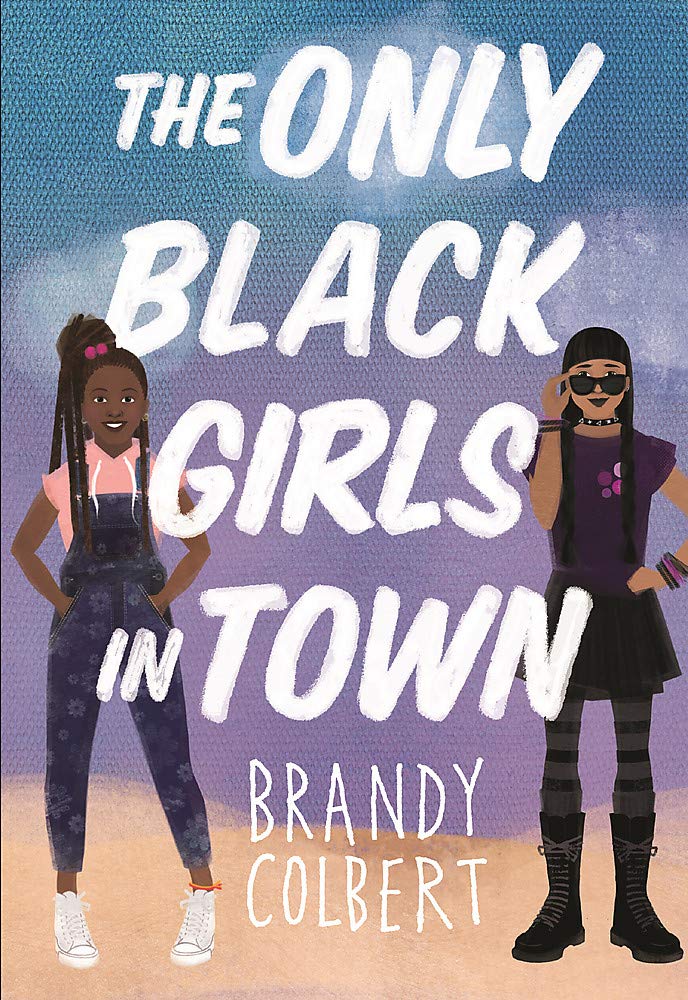 The Only Black Girls in Town by Brandy Colbert

In the matter of just a few weeks, my daughter and I read Brandy Colbert’s The Only Black Girls in Town together with another mom who was also reading the book with her daughter. This was such a treat because I was able to personally connect with another mom. It’s hard to make new friends when you’re over the age of 35, but that’s another subject all together, so I digress. What I want to spotlight, however, is the way Colbert’s book does what any good book should do: it encourages questions and deep dialogue. “What does all skin folk ain’t kinfolk even mean?” my daughter asked. There was this question, and another—“Why does Edie have two dads?” Such questions led my daughter and I down a rabbit hole of conversations about how Black communities often embrace non-blood relatives into the fabric of the family, and how loving families aren’t just ones with merely a mother and father. Queerness, I told my daughter upon defining the term, can also sustain human life and show us how to love too. Colbert has a way of making young adult fiction suspenseful for even the not-so-young adults. While the title suggests racial isolation, the book brought about a new friendship and a closeness with my daughter as I paused between chapters to rehearse my family history. 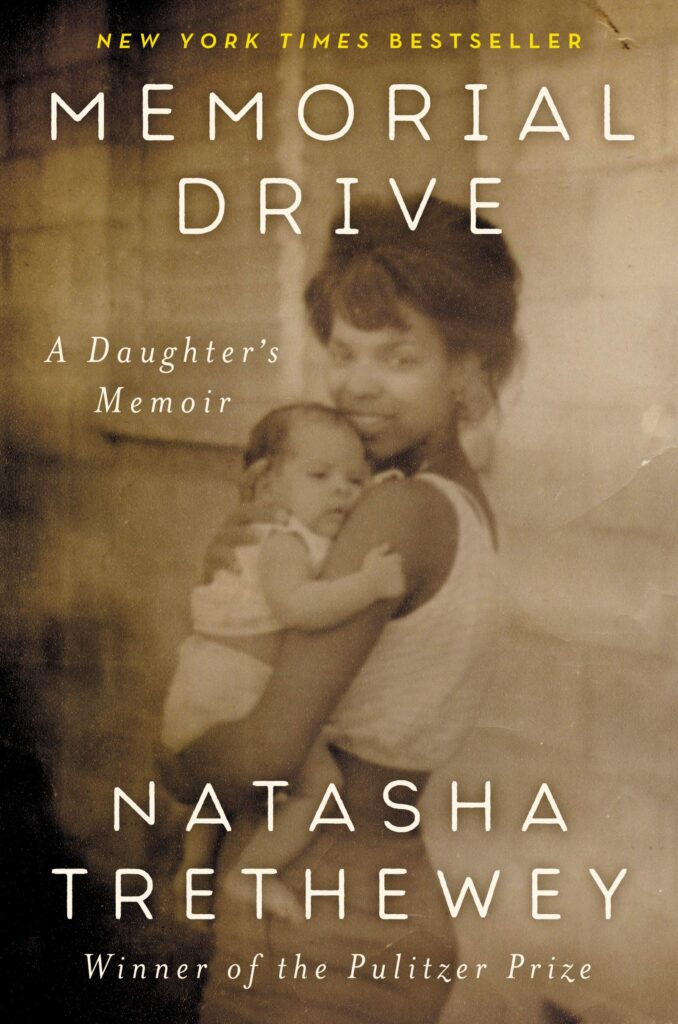 After Colbert, I took on Natasha Trethewey’s memoir Memorial Drive and cried. It’s the story of a daughter reclaiming the life of her mother and the legacy her mother left behind after being murdered by her stepfather. There are several emotionally jarring moments in the book—particularly as we learn, again and again, that this stepfather terrorizes the young Tretheway because of his own insecurities and traumas—but one moment in particular resonates the most. The 12-year-old narrator recalls how her stepfather reads her diary. This brings me to my knees. This fucked-up man is both emotionally and physically abusive and I just can’t stand it. The young Tretheway finds the courage to use the diary her stepfather invades to call him a “stupid motherfucker,” knowing he will return to the pages he has violated only to find words of deviance and defense. Tretheway’s prose is so lovely, and it’s through the beauty of her writing that we learn that even in love, racism and trauma can manifest, can destroy—can do irreversible damage. More importantly, in my reading, I longed for Trethewey’s mother to see what young Tretheway could see all those years. It was in that moment that I came to consider the eyes of my very own children. How might I mother better if I took more time to see the world in their eyes and with their language of me? And what of women dating after divorce? How might we save what we have with our children by considering their opinion of any men we bring home, who we expect to love them as we do? 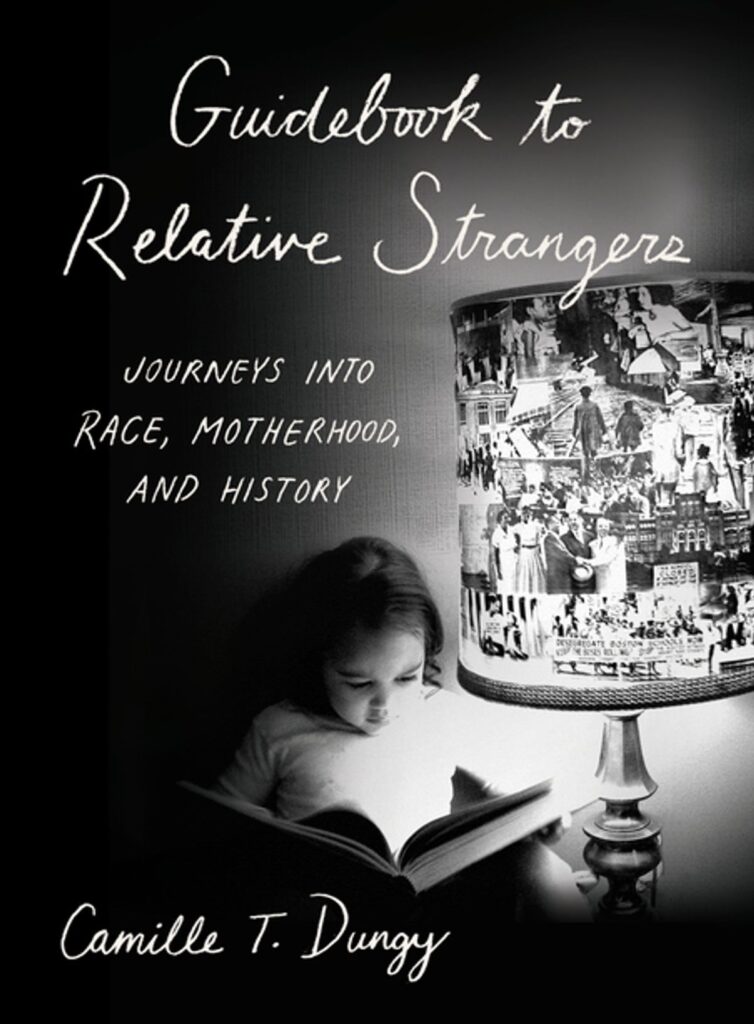 Lastly, on fear and parenting. In Guidebook to Relative Strangers: Journey into Race, Motherhood, and History, Camille T. Dungy shares the splendors of motherhood and travel. Her vivid and visceral prose make readers mindful of how we might find gratitude and joy in ordinary occurrences. It is because of this poetic language that her literary life and time spent traveling with her daughter become so very visible to us, so full of free motion, spirited joy, and profuse contemplations on historic Black trauma and Black mortality. “I can be intensely in the presence of our pleasure when your mortality manifests, a specter undeniable as my joy when you slay me with kisses,” writes Dungy, as she conceives of her own child’s mortality in the midst of mothering joy. Dungy fearlessly and willfully invites readers in—a way of showing how the work of fearless parenting is done. She does this while declaring that we will no longer alienate ourselves from the experiences of others. I concur. This book is thoughtful and timeless. It reminds you that while there are certainly human monsters out there and horrific remnants of America’s bloody racial past and present before us, we must not raise children who fear either.

Read LaToya’s Issue 20 essay, “In Search of a Homeplace,” here.

LaToya Faulk has a BA in English literature and an MA in rhetoric and writing from Michigan State University. She is a third-year MFA student at the University of Mississippi. Her work appears in Scalawag and Southwest Review.