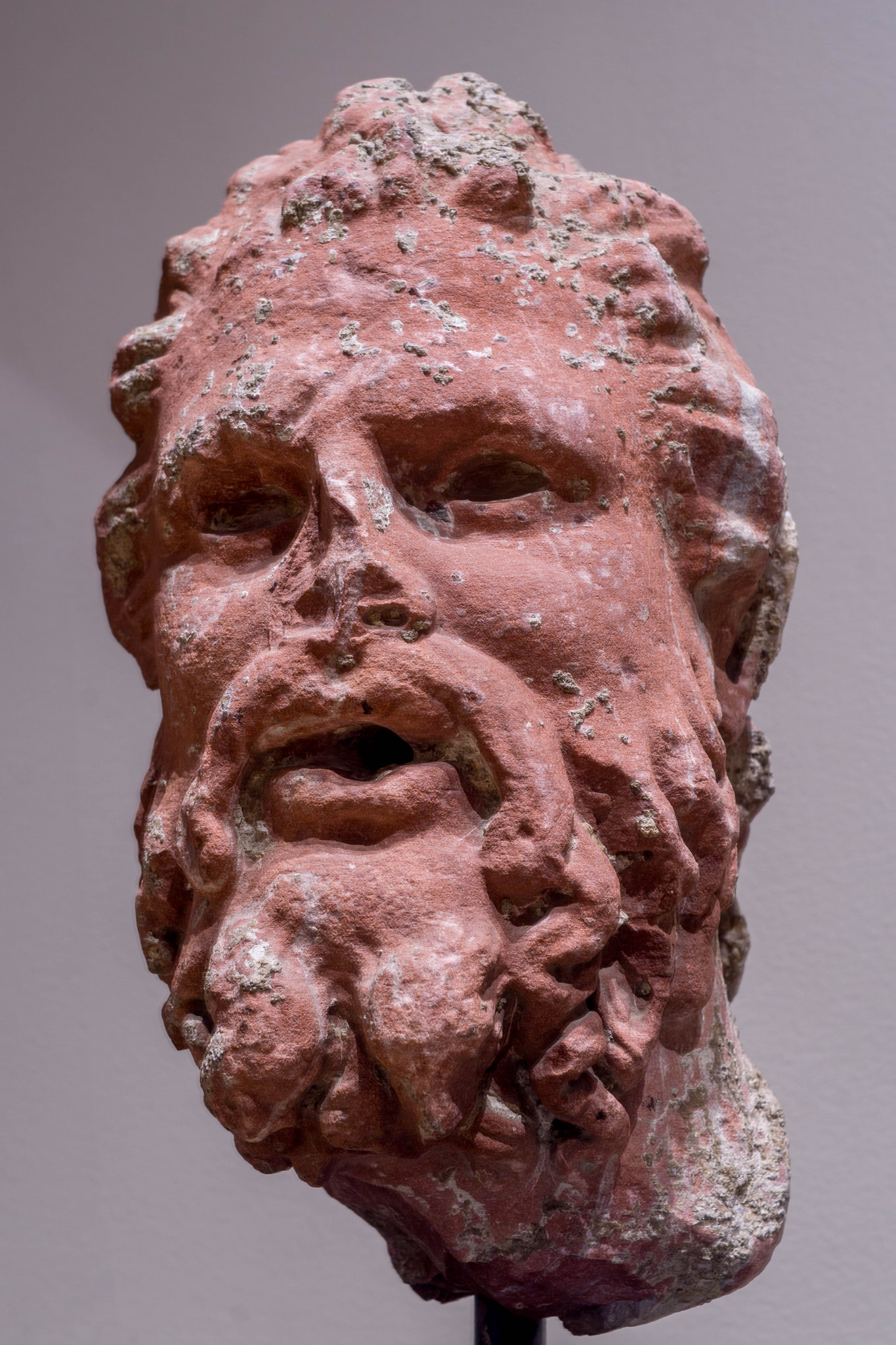 Beard-barnacled, chokingly-fixed, almost somehow stupid, yes,
almost like will itself pushed to the extreme of its own
absence, almost like presence perpetuated so as to obliterate

personhood’s merest increments—ah, but don’t
listen to even the soundest advice you are given, never, never, no,
Graffito is sure he hears the inert face telling him, yeah,

forget pondering your person in light of pure practicalities,
and fuck letting any of the standard measures of modern
existence—money or fame, say, or so-called community, or (gasp

gasp) success—clutter the local, the cosmic
clatter of the single soul clanging the skin and organs
like a serpent-inebriated rat knocking itself through the hardly

singular snake by whose throat one can find oneself
blissfully, and even sometimes askingly, well, OK,
encapsulated… Yet of Graffito, alas, the museum guard makes

no notice, let alone grabs or kicks, and toward the not-quite-forgotten
god’s countenance no other human eyes that day are much too, um,
zealous, and as years pass, Graffito’s wobbly, thumb-shaped

noggin comes to conjure Dionysus as like a kind of un-
digesting, rat-filled snake stretching itself no
less self-extendingly for being self-

alienating, and into a not quite self-like
stack of selves in which Graffito stacks
himself but also is stacked and stacked…

Steve Barbaro has poems and fiction and criticism appearing in such venues as New American Writing, The Yale Review, Denver Quarterly, 3:AM Magazine, Web Conjunctions, Prelude, and DIAGRAM. More at stevebarbaro.com.