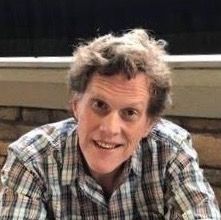 The good news was the soldiers were returning.
And you could find them. You could see them

walk the paths and asylums of the southern valley.
It was here Georg Trakl—the pharmacist, writer,

depressive, friend—arrived to administer council,
cocaine, whatever distillate or talk, to steward

efforts of recovery in whom he had so little faith.
Any wonder his affinity for music, the language

of a faith without a language, a doctrine, a God.
Only the fog that jewels the woods at night,

a bone-white moon driven down the throats
of the addled like a pill. Less to eviscerate

a past than to let it breathe, to give it a little something
for the pain. Suffering has a local address.

It will tell you. It has its Gródeks whose blood is less
corrosive, invasive to the eye, laid in the river.

Georg Trakl was a generous man. And if cocaine
and the flask of ether came off his shelf too often,

if the man’s face took on, in time, the pallor of ice,
do not say he failed his calling. Only that he turned

from one world among the many, the way a forest
turns to shadow, or the shadows to men, men

to the arms of silhouettes who run at dusk to meet them.

Bruce Bond is the author of twenty-seven books, including, most recently, Black Anthem, Gold Bee, Sacrum, Blackout Starlight: New and Selected Poems 1997–2015, Rise and Fall of the Lesser Sun Gods, Frankenstein’s Children, Dear Reader, Plurality and the Poetics of Self, Words Written Against the Walls of the City, and The Calling.