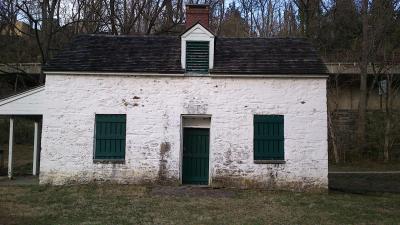 If Washingtonians have a patron saint, it’s the late Supreme Court Justice William O. Douglas. The longest-serving Supreme Court Justice, a famous defender of civil liberties, Douglas was a committed environmentalist, who wanted to be remembered for leaving the earth more beautiful.

In February, Texas A&M University’s Transportation Institute dubbed the Washington, D.C. Metropolitan area Number One in the U.S. for traffic. Local drivers fritter away on average sixty-seven hours and thirty-two gallons of gasoline a year in traffic.

I was born in Washington and spent a good part of my childhood in the area. Though I haven’t lived there in years, each time I go “home,” I feel grateful to Justice Douglas for preventing my favorite Washington place, the Chesapeake & Ohio Canal, from becoming just another congested highway. 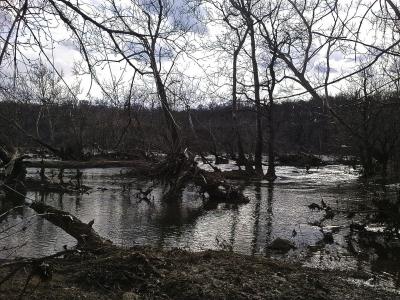 Not to overstate the saint business—Douglas attracted plenty of controversy, not least for marrying a woman forty-five years his junior—he really did pull off a miracle.

To appreciate what Douglas accomplished, you have to go back to George Washington’s retirement project. No golf for the great man, he pursued his dream from his surveyor days of making the rocky, driftwood-filled, flood-prone Potomac River a navigable waterway, linking the western frontier, i.e., the Ohio Valley (where he owned land) to the Chesapeake Bay. In hindsight, it was a folly, but at the time, the imperatives driving Washington’s scheme weren’t so different from the ones that would have turned the canal into a road more than a century later—time, access, business and population pressures. The Potomac Company, which he founded, went under due in part to the extreme difficulty and cost of blasting around the violent cascades of Great Falls. A new company went for a canal parallel to the river.  President John Quincy Adams broke ground on the Chesapeake & Ohio Canal in 1828. Starting in Georgetown in Washington, D.C., it was supposed to link the Potomac and Ohio Rivers.

Financial, legal, labor, and engineering problems delayed the Great Ditch’s completion until 1850, by which point mule-drawn barges were virtually obsolete. The railroads, which had done everything possible to hinder the C&O venture, reached Cumberland, Maryland eight years before the canal got there, and the Ohio Valley three years later. The canal stopped at Cumberland, a distance of 184.5 miles.

Revived after extensive damage from the Civil War, the canal carried nearly one million tons in 1875, its peak year. Coal went east; food and manufactured goods moved west. But competing technology, bad finances, floods, and the exhaustion of the Cumberland coal mines all but killed the barge business by the new century. In 1924, a flood destroyed the canal for a fifth time, and the last private owner—the Baltimore and Ohio Railroad—sold it to the government in 1938. The weed-choked waterway became a recreation area. (Mutt, the last canal mule, attended the dedication.) In 1946, the National Park Service conceived a plan to fill it in and build a road, which The Washington Post editorial board famously supported. Justice Douglas challenged the Post editors to walk the 184.5 miles with him so they could see what they were so ready to destroy. The editors relented. The canal and the Maryland bank of the Potomac became a national park in 1970. Lyndon Johnson wanted to include the entire section of the Potomac from D.C. to Cumberland. But Virginia and West Virginia would have none of it. So the Solomonic Congress put only the Maryland side in.

“The failure of Washington’s plan was the best thing that ever happened to the river,” Joel Aschenbach writes in The Grand Idea: George Washington’s Potomac and the Race to the West.(Auerbach’s book and The Great National Project, a History of the Chesapeake and Ohio Canal by Walter S. Sanderlin, both excellent, are my sources for canal history.)

Most people think of the Mall, with its white marble memorials, museums, the Capitol building, what you could call the Forum Americanum, as Washington’s essence. For me, it’s the C&O Canal and its wild sibling, the river. I know that sounds like an oddly rustic thing to love about a city, since it extends so far beyond the 100-square mile District. But rus in urbe, or “the country in the city,” was integral to Pierre-Charles L’Enfant’s concept for the capital. He wasn’t involved in the canal, but his goal of carving a city out of the Potomac wilderness imprinted indelibly on its character. 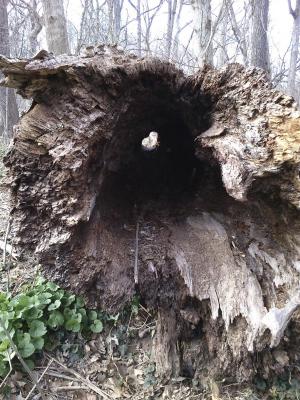 My family lived in Southeast Washington until I was four, then moved to Glen Echo, Maryland, a suburb overlooking the canal. We walked or biked on it almost every weekend. Later, returning from an overseas tour (my father was a foreign service officer), we moved even closer. In winter, I used to go ice-skating after school alone. It was spooky and cool. I could have gone through the ice or been abducted. No one would have known until I failed to show up for dinner.

My parents cycled in and out, eventually retiring there. I’ve visited sporadically over the years, limiting my emotional connection with my hometown. In December, my husband and I bought my mother’s Chevy Chase apartment and started construction to rent it. I’ve spent more time in Washington in the last six months than in the previous twenty years.

When Thomas Wolfe said, “You can’t go home again,” he probably meant something more personal—having ridiculed his friends and family in Asheville, North Carolina, in a popular novel. For me, the hard part of going “home” is seeing how many historic and beautiful places have been lost to malls and subdivisions. Mindless development—what Justice Douglas prevented from happening to the canal—is the ugly side of the “recession-proof” capital city economy. Who wants an $18 million, 33,000-square-foot tract house that looks like a pasteboard Versailles, anyway?

No one can mall or subdivide the canal. The Park Service keeps it nice, but not fancy. It’s free. Everyone uses it. Bikers, hikers, boaters. On summer weekends, it’s almost as crowded as the Beltway.

Going west, the canal is on your right; the Potomac on your left. The two waterways are separated by the tow path, where the mules pulled barges on hundred-foot lines, and woods. Every mile or so are whitewashed stone cottages, lockhouses. The lockkeepers were on duty twenty-four hours a day, for which they got the house, an acre for a garden, and $150 a year, plus an extra $50 for each additional lock. (They had to pay their own assistants. It was cheaper to have kids.) There were seventy-five locks to accommodate the six-hundred-foot drop between Cumberland and Georgetown. Huge wooden sluices locked barges in a kind of stone tank that was filled or drained, depending on which way the barge was headed, until the water level was even with the next section of the canal.

It’s hard to imagine this tranquil swathe as the commercial waterway it once was. I’ve spent a lot of time thinking about the C&O Canal recently because I’m writing a story set there. A teenage girl, escaping from an abusive father, hides out on an island in the Potomac. The story logistics—getting her onto the island and off without being caught, for one thing—are challenging. From my desk in Brooklyn, I conjure the color and smell of the water and plants and dirt. I study maps. I’ve imagined an island, the channel separating it from shore, the dirt path from the canal, the precarious sycamores. 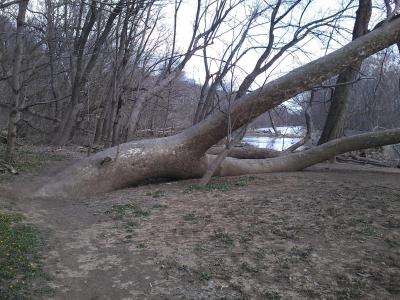 Eager to test out my invented place against reality, I went down there in March with my kids. We tromped around, scaring a great blue heron. It looked like a pterodactyl, flapping away. Clouds of tiny pink-striped white flowers grew out of the dead leaves. There were daffodils, too, evidence, perhaps, of an old lockkeeper’s garden. Enormous piebald sycamores hung over river, their trunks arched improbably, as if they had to fight to keep from falling in the drink. On the bluff above the canal at Glen Echo, you can see buildings, but not many and far enough away that you still feel as if you’re in a wild place; yet near enough to remind you that the city has not gone away. Rus in urbe. I ran down to the river bank, kids trailing. Looking out across a placid green channel, I saw an island, exactly like the one in my story.