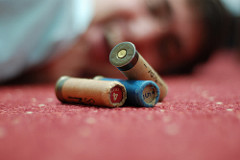 Memory and pain are partners in crime.
You will kill pain only by killing memory!

I sit facing the coast in a place where I can see the route by which I came. I stand and try to allow the burdens of memory to fall away. I start to slowly raise my hands as if to drag these burdens off me and throw them into the sea.

These days, I can’t seem to hold on to anything, and yet the screeching of battle takes hold of my mind, my fantasies, and my thoughts. The trainer yelling and the bullets flying were the sounds that pushed me to kill so many of my countrymen. I was led by the lust of my budding virility and my idiotic youthful pride. I was nothing but a fool. The war tricked me and played me like a fiddle. The shouts of Abdel Nasser,[1] and wounded Palestine, and crazy Lebanon—my mind kept an account of them all.

To hell with them, those scoundrels. You are only killing yourself.

Why didn’t I listen to my mother Baheeja’s words?

I lied to her when I was training in the camps—I pretended to be studying with my classmate, when in fact I was getting armed with all kinds of weapons and trying them out. I was learning the defensive and offensive use of hand grenades; how to fire mortars and shells; and how to launch B7, B10, and B2 rocket-propelled grenades.

Asaad, the commander general, taught us all about the many weapons stashed in every room of the training camp. He took us down into the camp’s sewers and pointed out that when we popped back up we were in a different area. He taught us how to jump from one building to another. He forced us to eat animals that are not food—we skinned a dog’s leg and tore it apart to eat its meat raw. We ate snakes and insects.

My mother has keener senses than humans usually have. She could always tell when I finished her cigarette while she went to answer the phone, or to the kitchen. She knew when I had been using the razor blades from my father’s bathroom to make my stubble grow thicker and rougher, and she knew that I masturbated to the sound of our neighbors’ daughter’s voice. But, for some reason, all her senses failed her the day I became a recruit fighter under the Palestinians’ command.

I was the innocent and the killer. Or perhaps I was the dead and the living. The myths and stories my mother used to tell us, maybe instead of protecting us with love, they drove us to war: Fighting the supporters of colonialism is the road to liberate Palestine, and Lebanon is more deserving of Christians than of Muslims who migrate to Saudi Arabia, and Lebanon is not Arab but Phoenician, so it must be protected from Arabism and Islam….

But what does “Lebanese” even mean, exactly?

The French imposed Greater Lebanon on us, and when we obtained independence they annexed to us the lands populated with Muslims. That has been the cause of all weakness and evil since.

Do not keep Muslim-inhabited lands. Avoid this situation. Otherwise you will be afflicted with the same problems.—Camille Chamoun.[4]

And so the war began.

The leaders of the Palestinian movements pushed us to the smoky fronts of Chiyah, Ain el Remmaneh, Asaad el Asaad, and Mar Mikhael.

The streets overflowed with bullets and blood. Our identities were tested and unmasked by the war. I was a killer, and I was killed.

Then the Palestinian fighters who were experienced in street battles appeared; they could snipe an eye or bomb a belly with a single shot. They were pushed to the front in Lebanese insignia so that it would appear that the war was being fought by Lebanese against Lebanese.

Hearts and eyes were harvested in the name of the cross and the crescent! This is what they wanted.

The wounded among the Lebanese multiplied. Every time a battle began, we kids would advance—those streets and neighborhoods were our backyard. We were the ones who would investigate the sources of the sniping: we would dress a broom with a kaffiyeh and raise it above the barricade, waving it until the sniper would aim at the broom. We would monitor him with binoculars, and surprise him with a mortar or a B7.

We captured snipers and handed them over to the higher-ups. As the fighting intensified, this operation was repeated—we captured a lot of snipers. We discovered that some of them were Egyptian, and others Sudanese. After that there were all sorts of other nationalities from Asia and Europe.

How did they all get here? Ah, I forgot that Carlos the Jackal was with us!

We were reminded that war was the daughter of blood and we her bullets. During the Holiday Inn Hotel massacre—in case anybody has forgotten it—we tricked all those who were hiding inside by calling out deceptively, “Surrender and be spared!” Everyone hiding on the roof was then trapped there and thrown to their death.

Everyone was fighting. Not only the Palestinians—even the Syrians got involved. The Syrian Social Nationalist Party was rescuing the kidnapped from all parties, and this angered the Palestinians. I remember Charbel, the young Maronite man who joined the party, assuring me that the bus incident[5] was a conspiracy by the Phalangists.

With my own hands I killed Hagop, the son of Sultana, my mother’s Armenian friend who carried the memory of the Armenian genocide.[6] I didn’t know it was Hagop. I just knew he was aiming his gun at me, so I beat him to it with a shell so big it could have blown up a truck. When he screamed, I remembered his mother’s frequent exclamation: “Inchu mertsutsin mezi? Why kill us?”

When we were young, Sultana would often tell us about how they came from Damascus to Beirut on foot, surviving on earthworms and tree leaves so they wouldn’t have to return to Adana. “We turned into Arabs; we didn’t want to be Turks,” she emphasized.

Who are you?
Who are you?
I am Ibrahim. What’s your name?
I am Tony.
Let me see your face!
You might kill me!
I’m going to count to five, and then drop my weapon.
OK. Start counting!

Whenever I remember that scene—the time I first encountered Tony—I can’t stop laughing and cursing myself. What made us lower our weapons, I’ll never know, but since that day Tony and I were friends, even though we were working for opposing sides. At every moment we were poised to kill each other, and yet we would drink tea together and chew on those dried-up Kashkaval cheese sandwiches. Either he brought them or I would.

Eventually Tony decided to complete his medical studies in Paris, while I fled through Cyprus to Italy. One day, walking through Asaad el Asaad Street, I realized that a murderer such as myself could not stay in Beirut. Eventually he has to resign himself to become a victim of exile and alienation. He goes from carrying cannons and shells to driving a truck and loading merchandise far away.

I left my mother, who was consoling herself with my dad. (This consolation didn’t last: my father perished crossing Ashrafieh one day to visit Malik, a friend of his who was paralyzed. Malik waited for him for a long time but never saw him. We haven’t seen my father since Hassan Shartouni threw that bomb into the Maronite gang’s precinct.)

The Lebanese president Bashir Gemayel met Menachem Begin, the Israeli prime minister, in Nahariya on the evening of September the first.—Reuters.

Fuck your parents, Bashir! You destroyed Lebanon. The echo of my shouts bounces back at me off the sea.

The more I hear Fairuz singing “Lebanon,” the more I hate this country. I don’t believe her. The homeland is not a song!

The years of homesickness and alienation were harsher than the war. In Italy, even the night was scared. The moon, blinded by a layer of clouds, didn’t look at anyone. I still blame myself for leaving the country. The Palestinians betrayed me, and then I handed my country over to the Israelis. I further destroyed the city I had already planted with explosives and barricades, and in which I had killed my brothers.

My mother never mentioned anything about her religion, except for the story of her Jewish ancestors’ migration from Al-Andalus following the Inquisition and their settling in Djerba, Tunisia. My father used to pray in the mosque only if Hajj Salem or I accompanied him. When he found out I was a paid fighter, he prepared a passport for me and smuggled me after dark from Jounieh on a boat to Cyprus. I left him standing there trying to keep his jacket closed around his body in the raging wind. A soldier came over to him. I was afraid he would hurt him, but he just stood beside him as they both watched me leave.

Into exile, I took all of Beirut with me, her laughter and blood, her memory and pain, her forgetfulness and dreams. The schoolboy I was had no direction, and so I played with weapons and ended up killing myself. Murdered my own inner self and left Beirut to kill. I wish they had put me on trial.

Ahmad Al-Wasel is a writer and cultural journalist from Saudi Arabia. He has published a poetry collection, (2002–2009), and three novels: Surat al-Riyadh, Rose and Cappuccino, and Huda’s Days.

Ghada Mourad is a PhD candidate in comparative literature and a Schaeffer Fellow in literary translation at the University of California, Irvine. She translates from Arabic and French. Her translations have appeared in English PEN, Jadaliyya, Denver Quarterly, A Gathering of the Tribes, Metamorphoses, and The Missing Slate, among other publications.

[1]Gamal Abdel Nasser was president of Egypt from 1956 to his death in 1970. He was a champion of the Palestinian cause. His “shouts” refer to his call to arms against Israel and Western imperialism.

[2]Naksa, meaning “setback,” refers to the swift defeat of the Arab armies against Israel in the 1967 Six-Day War and the ensuing displacement of Palestinians.

[4]Camille Chamoun was president of Lebanon from 1952 to 1958, the founder of the mainly Christian right-wing National Liberal Party, and one of the country’s main Christian leaders during most of the Lebanese Civil War (1975–1990) until his death in 1987.

[5]The “bus incident,” also known as the “Ain el Remmanehincident,” is the name given to the armed conflict involving Lebanese Christian and Palestinian elements in the streets of the Ain el Remmaneh neighborhood in Beirut, which is considered to be the spark that set off the Lebanese Civil War.

[6]The Armenian genocide (1915) refers to the Ottoman government’s extermination of its minority Armenians living inside their historic homeland, which is situated within the present-day Republic of Turkey. There was a massive exodus of Armenians into Lebanon and other Middle Eastern countries following the genocide. 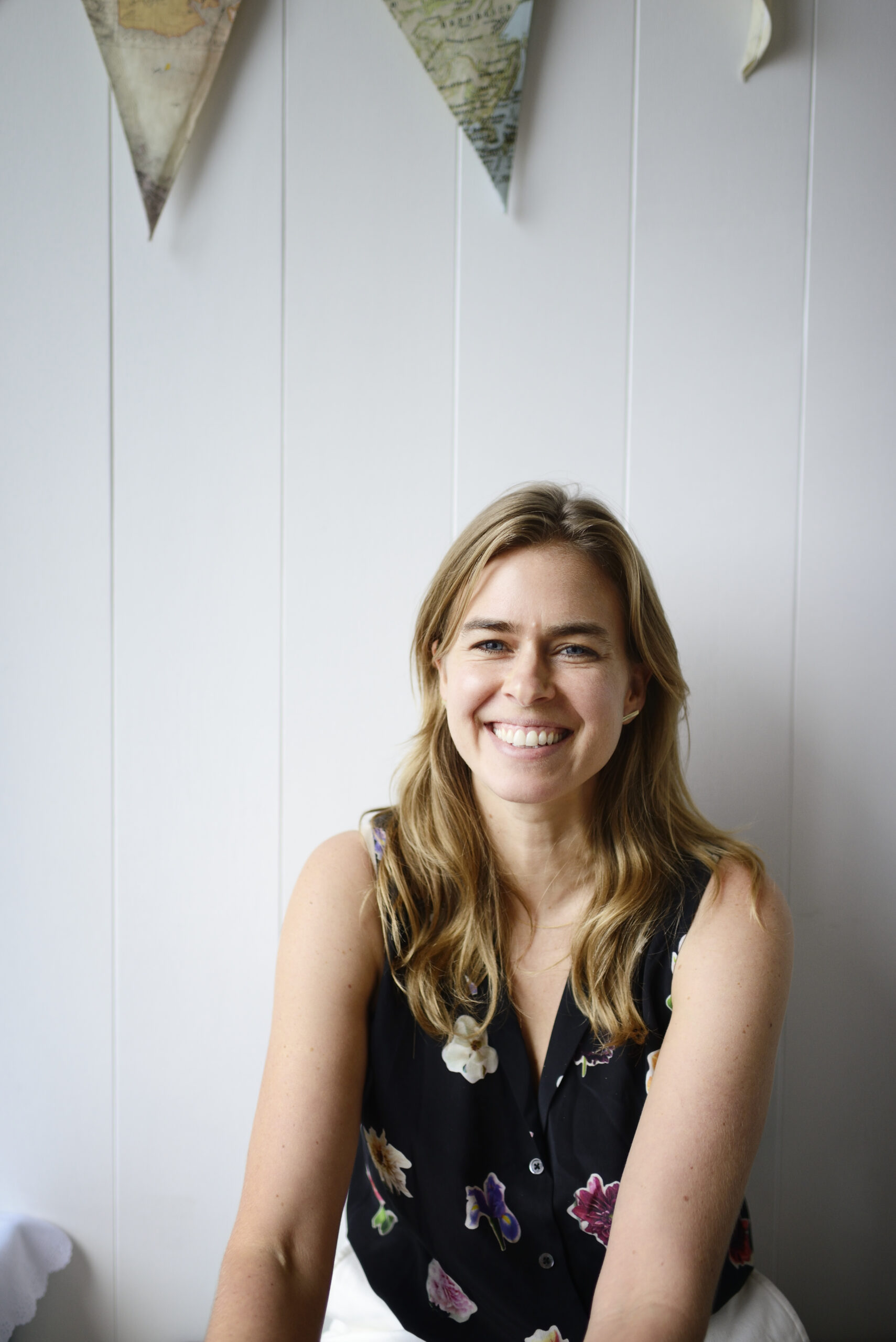 SILVIA SPRING
James was tall, long-limbed, with dark hair he had to brush away from his eyes before shaking my hand. Katie busied herself cleaning, washing a frying pan whose nonstick surface had burnt off the middle and then rinsing the plates under a swan-necked faucet. 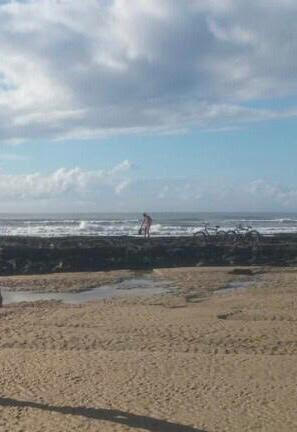 HÉLIO PÓLVORA
The man gazes at the slope climbing to Olivença square. He doesn’t need to go up there to know that the small, circular plaza, carpeted with grass, has a large cross and a white church—and that from there, as far as the eye can see, the coast, bordered with coconut palms, lies shimmering in the distance. 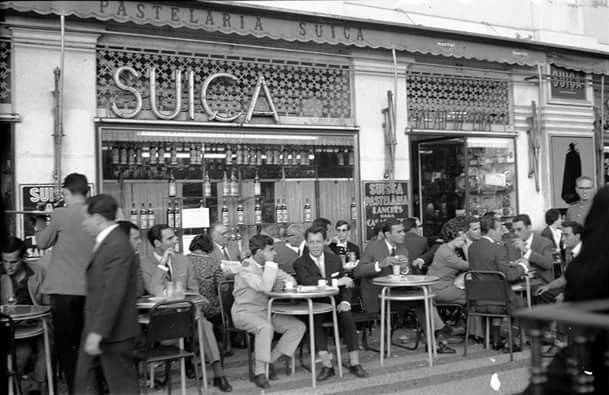 CASEY WALKER
The secret police, people said, but this was a label M never understood. Everyone knows we exist, he thought, and of course we are not secret to ourselves—from whom is this secret kept?