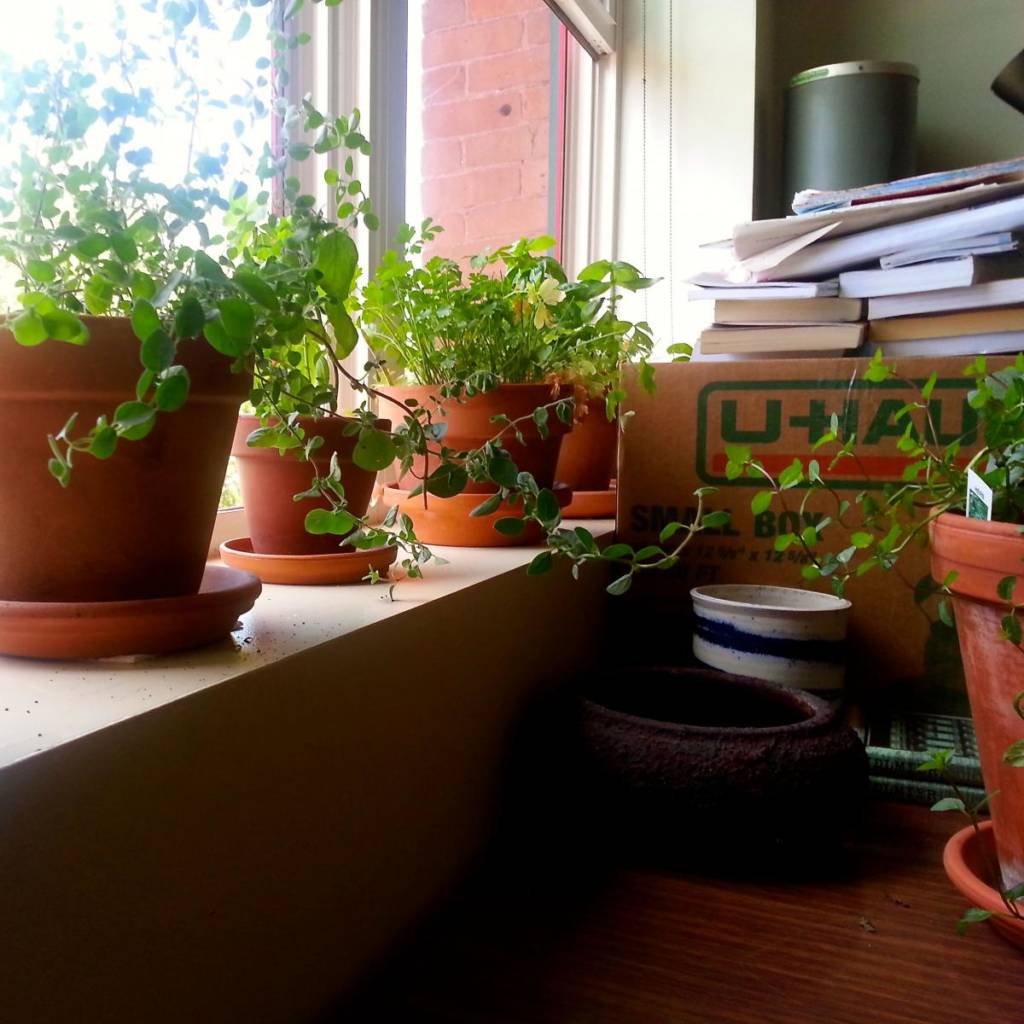 The ending place is empty—nearly. I am writing this in the beginning place because it seems not quite right to start in a place that is ending.

On the phone, completing the last of the cleaning, he describes to me the ending place. He is there and I am here. He describes the span of those walls (now spackled) in which we made our lives these past eight years. Walls from which we hung postcards and pictures, pieces of metal and lace, the mirrored shadowbox, the plaster cherub, all the instruments. There, where the doors were painted a sloppy garish teal long before our arrival, where the ‘beautiful hardwood floors’ finally gave up, splintered into thick spears. The EIK, table now gone, in which innumerable parties dwindled to their inevitable but elusive ends, linoleum peeling along its edge. But I am here, 100 miles west, two days in: surrounded by countless boxes, all the stuff, the anxious cats—on the cusp of the new, an expansive place—beginning.

This is a time when so many people we know have moved from our relatively central point A to various points B (some nearer, some far); a network organism making its frailty and constant shifting more palpably known. It’s somewhere between a mass exodus—that deliberate fleeing, or chasing—and an explosion. We all end up where we land.

We did not plan to move, though we planned many times to leave. It was the second massive rent hike in as many years that finally pushed us westward, a resistance to giving more than we already had to a man who owns a place and yet shows no care for it.

When packing, I found various pieces all scattered about from our years, and the preceding decades, in boxes and suitcases, in books and in drawers: dried flowers and branches, piles of pictures, the notes we gave each other, notes other people gave, cards from friends and family and acquaintances I haven’t spoken to in years. And what would I say to them now? That it was bittersweet to find those papers. That it’s strange to be speaking again because, aren’t you dead? All of these bits can—on any given day—be called trash.

There is, in the process of packing, a sense of simultaneous order and disorder. The however-tenuously-held-together whole slowly but also rapidly falls to pieces. What was the room quickly becomes its parts—nothing more than the sum—sitting about until each object, compartmentalized by use or room or size or weight, finally finds a box. Each box labeled, most not complete until having brought together several disparate things:

By the time you’re reading this, this new place will (hopefully) be one of less chaos and more order. To be fair, the table at which I sit (now seeing light after years stored in the dank of the basement) is already mostly clear (save for an ornate spice rack, which has not yet found its new use in this space) and the plants lining the window give a suggestion of, if not order, at least a gesture toward organization.

As we packed, we took the old place down to its beginning state, when we were first building a combined home. Ended there to begin here. This move is a step; we’re not where we imagine we’ll settle for too long. We’ve got ideas about owning land and a porch and an outbuilding or two, but it’s a good place to land for a time. In this state of extreme disorder, then, this new place is a version of what it will be (again) when we one day leave.

The beginning place is still blank, lacks a sense of us as its inhabitants, and the ending one—we must, one chunk and strand at a time, extricate ourselves from its walls.

Elizabeth Witte received her MFA in poetry from the Bennington Writing Seminars and is Web Essays Editor of The Common.