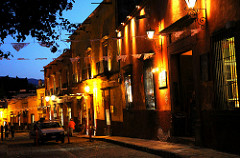 Juan Rulfo (1918-1986) is Mexico’s most important twentieth-century novelist, the author of the novel Pedro Páramo (1955) as well as the collection of stories The Plain in Flames (1953). A new translation of the latter, by Ilan Stavans and Harold Augenbraum, was published by the University of Texas Press in summer 2012.

Ilan Stavans is Lewis-Sebring Professor in Latin American and Latino Culture at Amherst College and the publisher of Restless Books. His latest books are Borges, the Jew (SUNY), Quixote: The Novel and the World (Norton), and Words in Transit: Stories of Immigrants (Massachusetts). He is the editor of All the Odes of Pablo Neruda (Farrar, Straus and Giroux), due out in October.

Harold Augenbraum is Executive Director of the National Book Foundation. Among his translations are José Rizal’s Noli Me Tangere

and Cabeza de vaca’s Chronicle of the Narvaez Expedition

. He is currently editing the Collected Poems of Marcel Proust