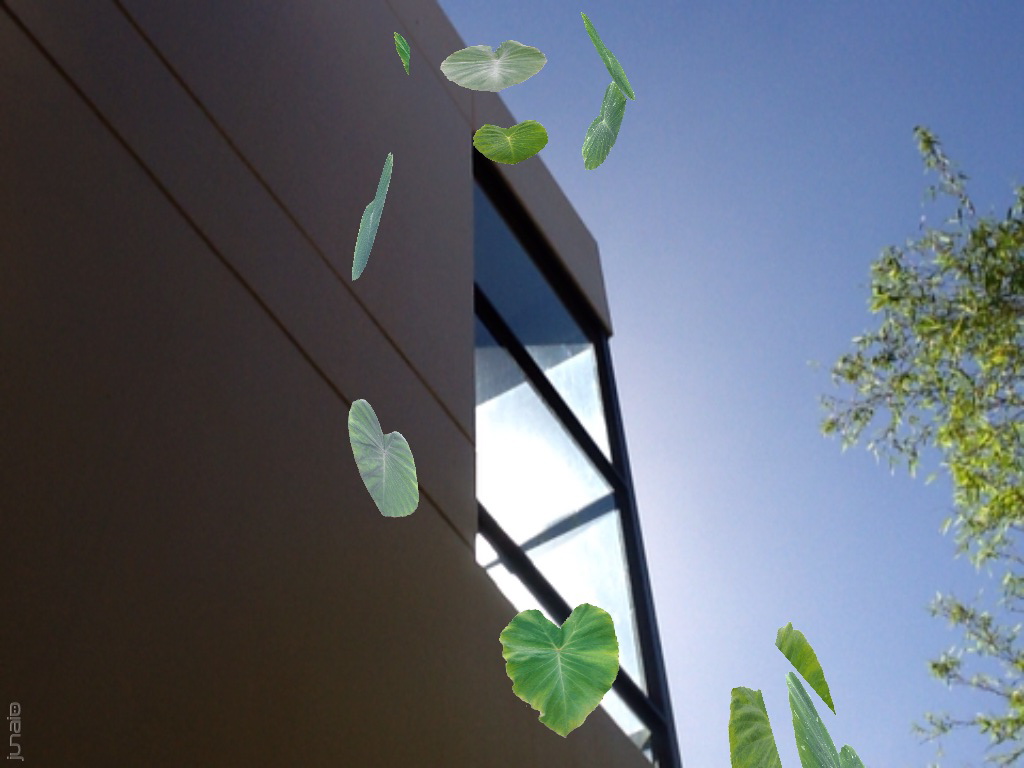 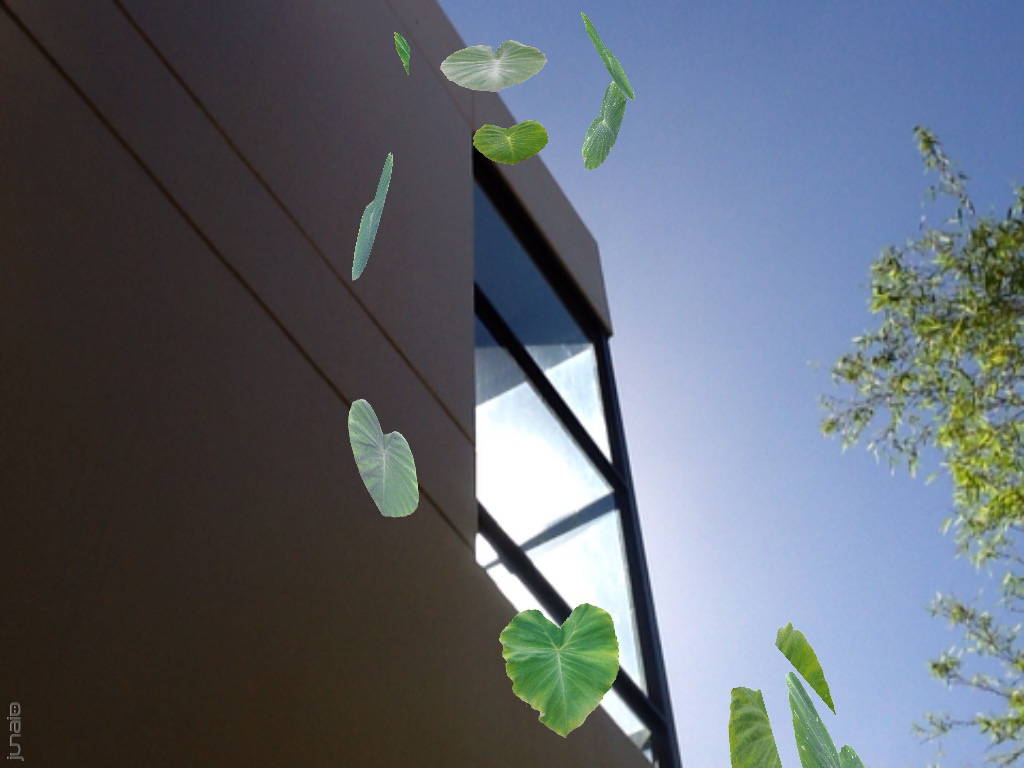 New media artist Steve Bull creates augmented reality installations by adding three-dimensional graphics and sound via global positioning satellites onto real life places. The result can only be seen through a free Junaio browser downloaded to smartphones or tablets. Using the browser as a window, the viewer wanders through the augmented reality construct in any direction. Touching the object, the viewer can hear an associated audio recording. The browser can also be used to capture a still image of this combined world of the virtual and real.

The augmented reality (AR) installation Manoa Lo’i can be viewed at the University of Hawaii Manoa campus. The idea was to restore the UH campus to its original lo’i, taro fields, as evidenced by the student sitting beside an AR taro field that is invisible to him. Talking to Hiapo Cashman, director of the Native Hawaiian Cultural Gardens on campus, Bull discovered that heritage taro (kalo in Hawaiian) was still being grown on campus. But merely putting AR taro fields as they existed 150 years ago wasn’t all that interesting. To honor the complexity of computer code, the plant DNA, and subsequent corruption of the taro by GMOs, Bull arranged the leaves in a DNA spiral. One of the spirals now hangs invisibly over the provost’s desk. 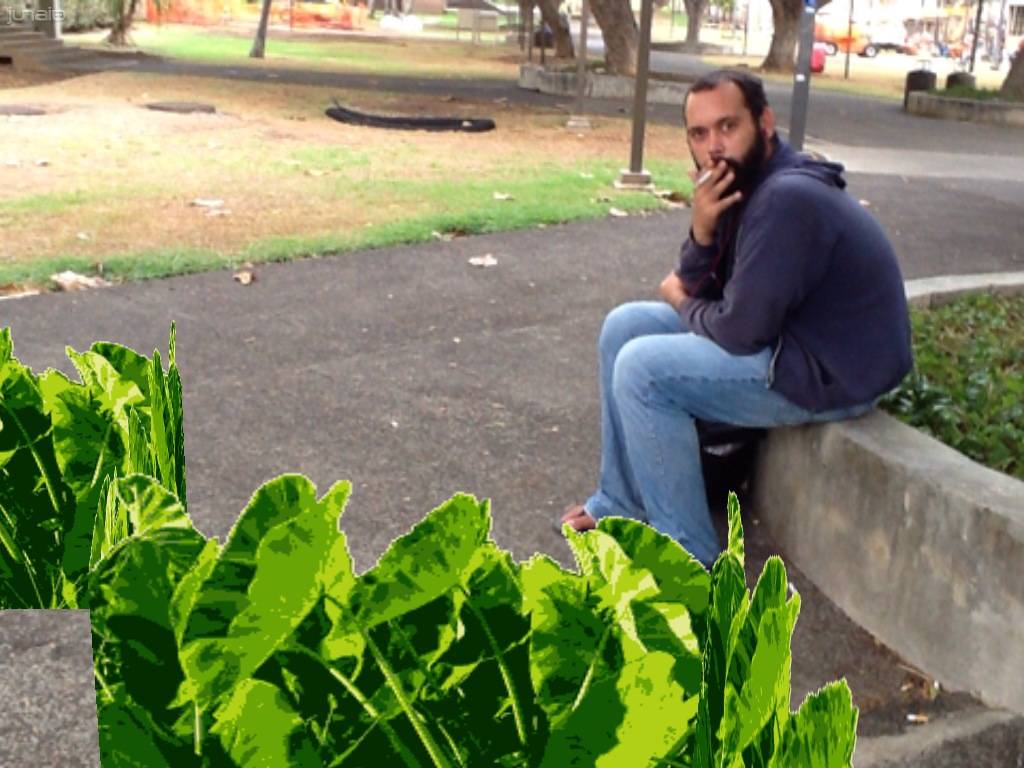 A student grabs a smoke in the virtual taro lo’i on the main mall of the University of Hawaii Manoa campus. A viewer touching the taro on the screen hears morning birds bring on dawn. 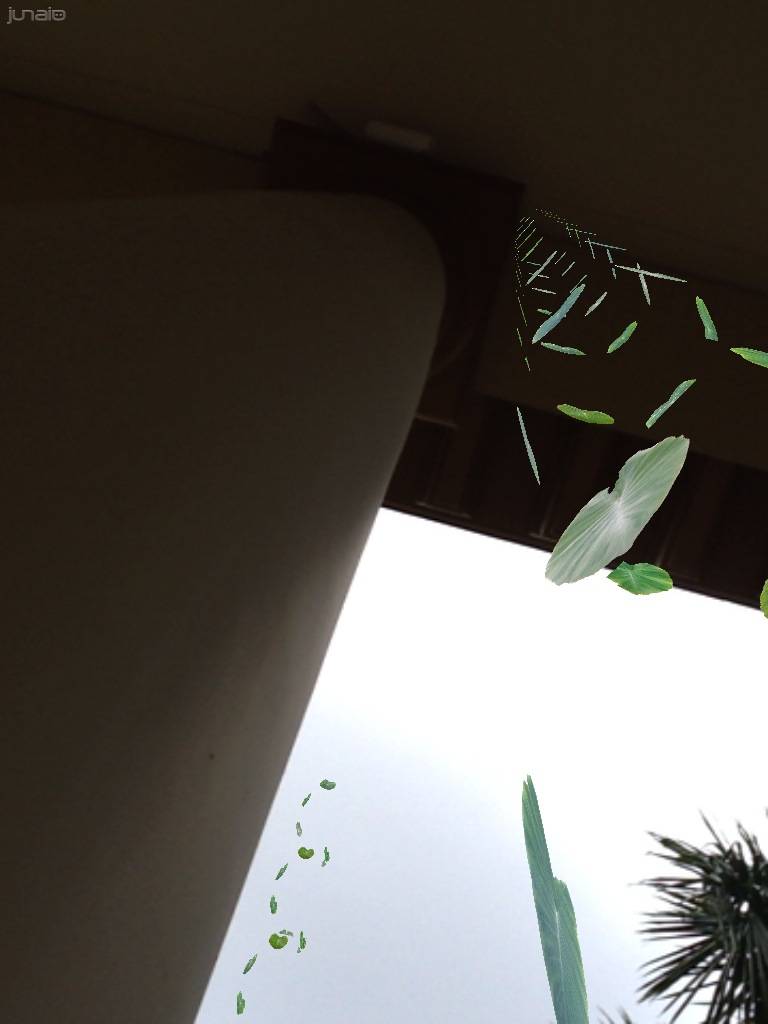 The installation ascends through the roof of the oldest building on campus, Hawaii Hall, office of the campus administration. Touching the spiral triggers a dissenting opinion. In the distance, another spirals up from the ‘ukulele studio of the music department, with associated ‘ukulele strumming. 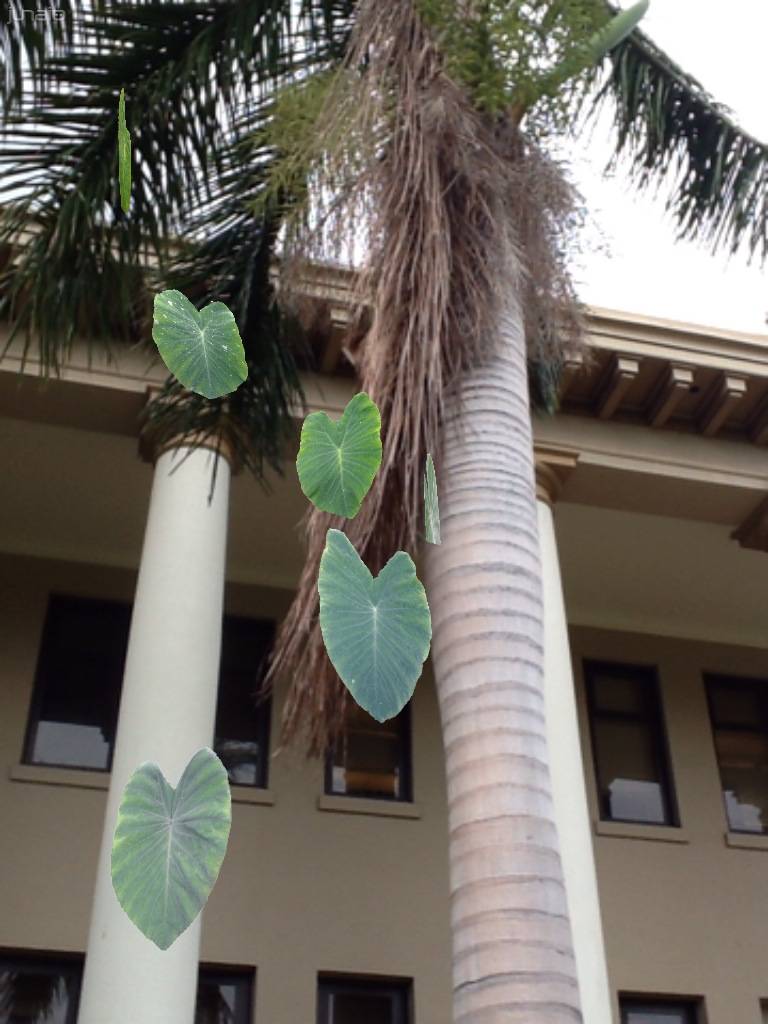 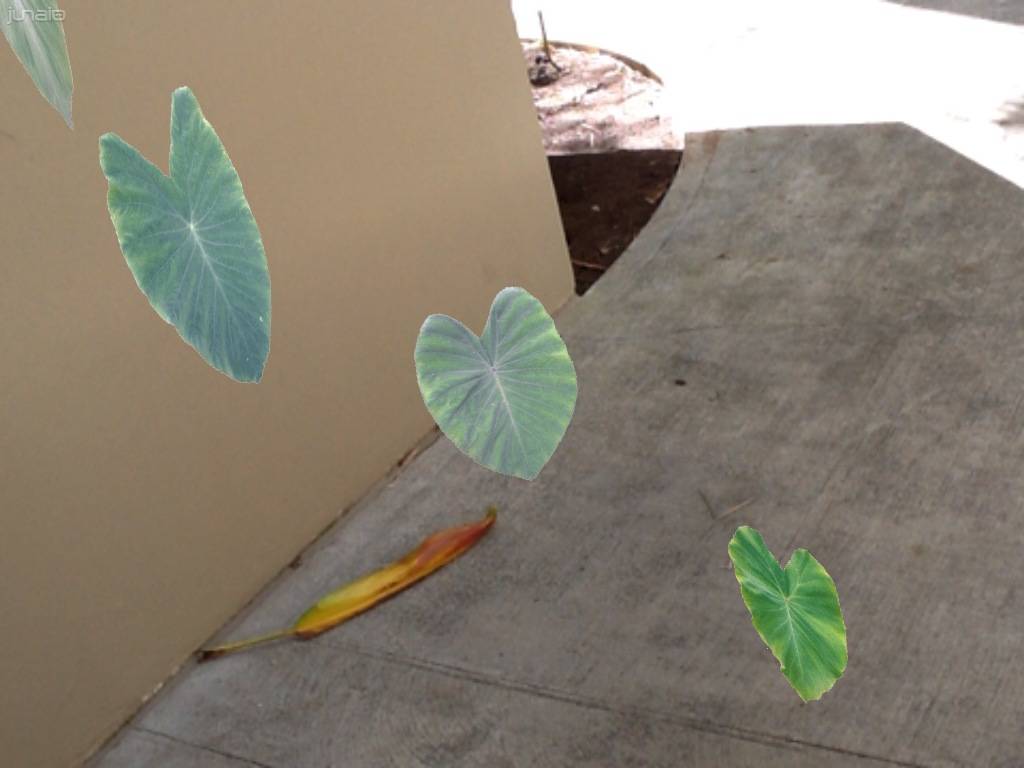 The installation at the foundation of the art building on UH Manoa campus.

Against the studio walls of the art building on UH Manoa campus.

Originally a producer/director of films, Steve Bull studied at the Interactive Telecommunications Program at NYU and worked for Paul Allen, co-founder of Microsoft, at his thinktank, Interval Research. Since 2000 he’s been involved in location-specific games and art for the cell phone. 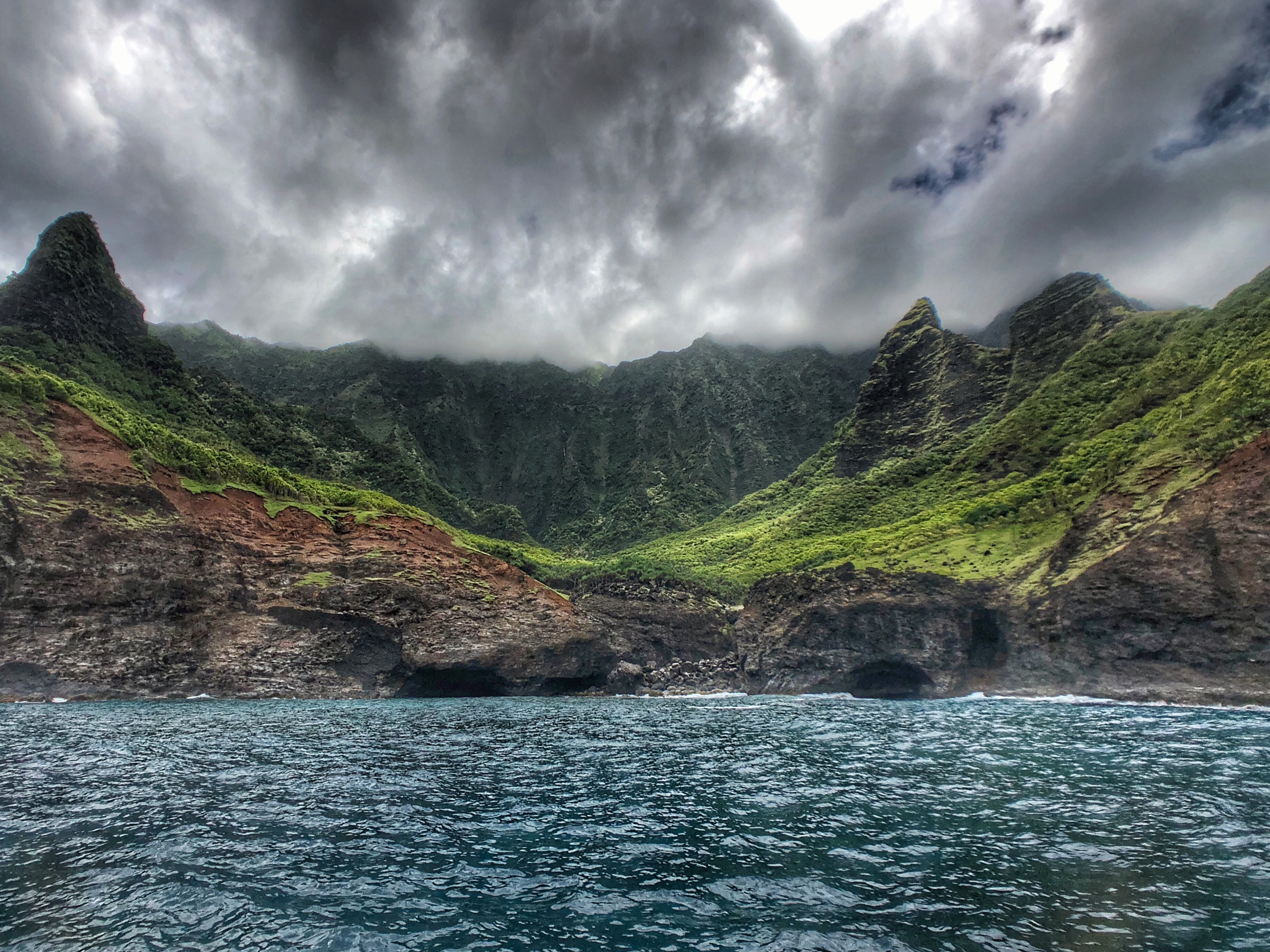 The Idle Talk of Mothers and Daughters

DANIELLE BATALION OLA
In Tagalog, they’d call this tsismis—idle talk, juicy gossip. Knowing I never learned the language, my mother would beckon me with its colloquial equivalent, a phrase that still has the power to bring me back to Hawai’i in an instant. “Come on,” she’d say... “Let’s talk story.”

The Deal with Discomfort: Claire Messud on “Likeability,” the Subjective Self, and Choosing an Artist’s Life

MELODY NIXON interviews CLAIRE MESSUD | You know, when I'm teaching writing I always say the to the students, "If you can not write, don't. If you can have as good a life, and feel fulfilled without writing, don't. Why would you?" Some people – who are very talented – can be as happy not writing. And then there are the people who can't; it's how they stay alive.

David Lehman on Literary New York, the KGB Bar, and His New and Selected Poems

S. TREMAINE NELSON interviews DAVID LEHMAN | All the writing you do, even the stuff least related to your concerns as a poet, helps your poetry. Writing good prose involves a mastering of structures as well as an ability to write persuasively, clearly, and economically, and these are virtues in poetry.