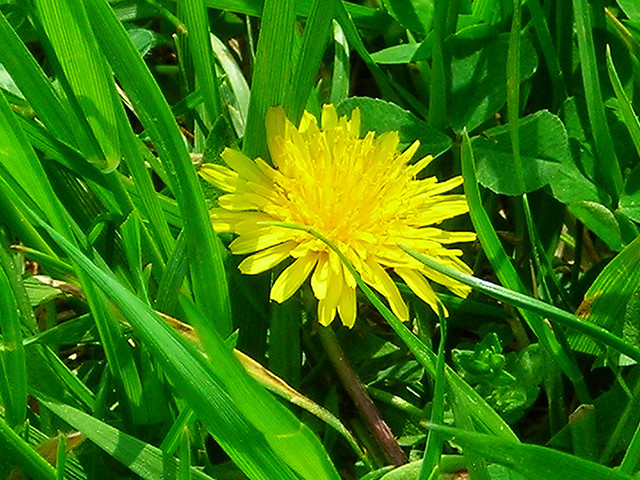 At The Common we’re welcoming spring with new poetry by our contributors.

First I doll up with makeup and predictable
heels, then a work shirt and cowboy boots.
Sexy nurse or padded football player?
Did you see the RN as female?
It’s OK—she is. The football player, too.
Today I decide I’m both Frankenstein
and his Bride. Tomorrow I’ll go
to the drycleaners to pick up
my wardrobe—Burlesque,
Witch, Warlock, Father Time.
I hand wash Earth Mother
and Mother Earth, the muumuu
I reserve for my bloated days
after my binge on Halloween candy.
For the job interview next week
I’ll step into my six-foot tall wallet—
when I wear it, I often pass
for the Patriarch. Boo!

Denise Duhamel is the author, most recently, of Blowout and Ka-Ching!.

For Peter Carey
Three pieces
of advice. Join a
gym; find a pub;
don’t forget to
walk. The last
the easiest
to follow,
especially after
you told
of the old
horse-track oval
leaving a
spectral halo
around Stanley
Gardens.
Home late, I
find myself
circling the cream-
white houses, the
limestone crescents,
the somber churches
and dim-lit bistros,
going back and
back until I don’t
know if
I’m arriving
or departing. You
for whom two
places is
one place,
help me under-
stand this
sense of vertigo
sometimes means
you are home.

John Freeman’s most recent book is Tales of Two Cities: The Best of Times and Worst of Times in Today’s New York.

are still popping. But at the kitchen counter he’s getting all soggy and she’s getting soggy and they know it and sometimes they do not pop at each other like they used to. After the open heart he’s lying there deflated in the hospital bed, and she comes in and she’s looking at him hard, like the body goes when a balloon pops unexpectedly, but slower to compose. And as much as they pop at each other back home, as noisy and as mean as he can be, when he’s lying in that bed you can see she’s afraid the popping will stop. Because she knows that a crispy takes more than a crispy to pop. I put an ear to my bowl, sitting there by Papa at the kitchen counter and listen to my crispies and they make the same sound as Papa’s, though not quite as loud because Papa uses the big bowl. I wonder what happens inside him when he finishes all those crispies, if the popping inside him has something to do with his keeping going. When she does not cook him his eggs and his bacon and his toast and jelly, she always gives him the crispies, and I wonder now if she knows something I don’t about the nature of popping. I take a mouthful, hold the cripsies on my tongue and tilt my head back like I’m screaming. I’m not screaming, I’m just trying to understand.

At Home With You

On the coffee table, piled and scattered, some sort of red berry, pine needles, a little buttercup, I think it’s called. Along the bookshelf, weed flowers, weed flowers. The window sill, dandelions, leaves of maple.

On further note, to say something about myself. Who I am, would like to be, for you. When you come into my home, to say, without naming, who I am: I am a man with flowers. Things of nature, pinecones, see? And other things.

I will bring you inside and set you down by the little yellow flower. Now.
Be that for me. Be this for me.
Grant Kittrell is the Poetry Editor for Fiction Fix, and his work has appeared or is forthcoming in The Normal School, Heavy Feather Review, Poemeleon, and Magma Poetry, among others.

Hilling With My Love

Step out under the Potato Moon
onto the cushion green plateau,
forget the bad times, revel in some cheer.

Your palms awash to the sky,
behold the flat-flown heath adrift with sleep,
numb clouds, a rage of thirst.
Spuds in the larder, stout in the cup,

the moon full-fledged golden, brims
with service and sound, tingling my knees
of yesteryear, mightily, when I was a girl.

Who but you my love could dance terror away—
throw it off, your getaway, your flair
for gold stucco salt paint.

Holy Moly!—the crows’ caws mix
with your stews of potato and corn.
High climbing this nighttime cliff,
qualms from times gone by vanish
as if before an Gorta Mor, the Great Hunger.

Hunger no more. Shasta daisies hold promise,
the coreopsis slurps the sun like a slushie.
Terra cotta pots swim with pink and red
and orange blooms, like corn and sugar,
like sugar dirt. Everything roars.

The garden’s gone,
wild animals are on the run.
What once was a barnyard is

no more, half-carved statues
strewn on the lawn. The lawn though
is mowed. It’s nearly dawn,

stone darkness locks the air.
Fields that had been overgrown
now form a perfect yard.

An unfinished marble mammal
stands by the front door,
hurried chisel marks on its flanks.

A limestone head, its eyes once
embedded with jewels,
is bungled in the brush.

Amidst this mess, wild turkeys
make a comeback and a large doe,
breathing but still, blocks the door.

Karen Chase is the author of two collections of poetry, Kazimierz Square and Bear, and the award-winning non-fiction book Land of Stone.

family I don’t know
historical manholes
graves ajar from open ledges
a voice calling for a son
ala Cavalcanti
embalmed under Dis
no Virgil to decode the thresh of enquiry
more hearsay on a saintless Patrick
a namesaken father
scorned to infectious velum
in the family atomic
who disowned his father in turn
until the larvae of cremation
how he adjusts an English-blue collar cuff
for the anguish of interviews
the middenly socio-conundrum
NO BLACKS NO DOGS . . .
later sniffing at London Prides
the too colourful Union Jack
the awkwardness of reunions
I pendulum to his uncle-sluggishness
wondering what germinates
under the plank-stiff boy
in the passport photograph
Paddys bi-cameral in Lexington green fields
under cenotaph stacks
where the sun’s retinue
swivels back
Dis-enflamed
too brightly
I whinny through
the cure to escape East

James Byrne’s debut collection in the United States, Every that is Broken Up Dances,will be published in 2015 with Tupelo.