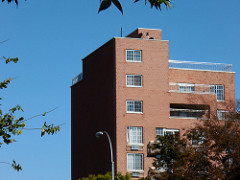 E.P. loves H.D.—it could
have been encircled with a heart, carved by a couple of kids
on a tree. From the wreckage of Europe they groped their way
toward what they remembered and loved.
And at Künsnacht that clinic was fine for filming
a bust: Dick and Nicole at Dr. Brunner’s healing-place,
Scott loves Zelda carved by actors on the widest conifer.
Pound had put a eucalyptus seed in his coat when
the Partisans marched him away from hills above Rapallo.
It had the face of a cat: O Lynx keep watch on my fire.
And she was herself a feline, an eidolon Helen to boot.
As Freud’s analysand she watched the local extras in halls,
a rich girl taking the talking cure talking and talking. Change
the movie to Borderline and she is the star, a demi-monde
neurotic with her dipsomaniac beau. Who knows why
they’re here? Or Jason Robards and Jennifer Jones who
drive each other’s Dick & Nic around town; Jill St. John
is no San Juan with a belly ache writing ad posternos,
but she squeaks like a ditsy mouse and shows her pointy tits.

What all fits this case? A pretty face, of course,
a march to the line, a dance to the rhythm, the time.
Rhyme it with mime and bring in the rest of the cast:
Tom and Viv, Gertrude and Alice, Nora and Jim –
Billyam Williams and Freytag-Loringhaven the mad.
Ulysses loves Penelope they carve on yet another tree.
Helen’s at the door of Dr. Brunner; Paris is a patent fiction
she complains. Let’s to Lake Geneva for a sail. P. Pudovkin
writes in Close-up, Bryer’s cinema mag, regarding the art
of the cut, but who has the knife any more or the nail?
It’s closing time at the jail, the privileged asylum,
contagious hospital, letterpress printer’s, the ruined town.
Close up the closet of cut-up text & cut out hearts & heroes
cut down to size. Some guy on TV is singing pizzicato lies.
Someone’s baby sits right down and cries.