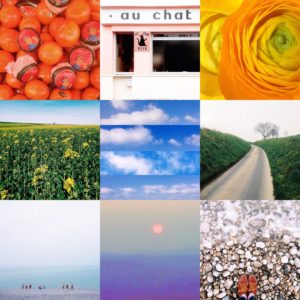 These “color swatch poems” are taken from a larger work in progress called Mutterfarbe, a book of experimental translations and poems using Goethe’s Theory of Colors as a primary source.

Each of the colors and their names were pulled from the landscapes and built environments I inhabited during my travels throughout France in early 2015. The nine images at the top correspond with each color swatch poem, and represent those landscapes/built environs. The “Anhang” (appendix) at the end features lines I translated from Goethe’s text on color theory—each numbered line corresponding with one of the color swatches to create a new poetic text. 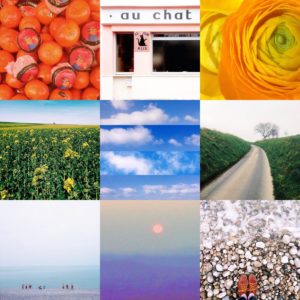 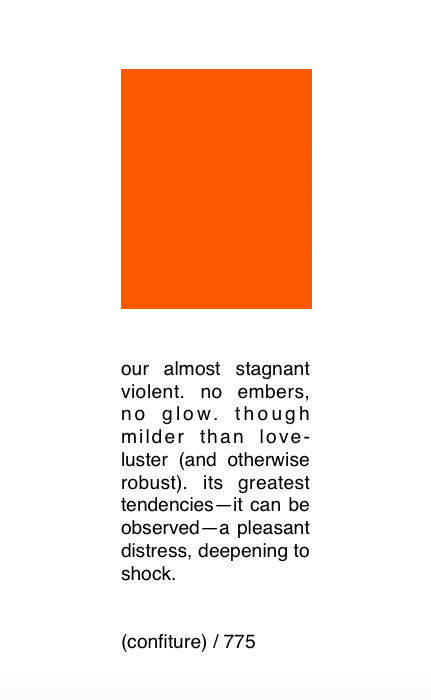 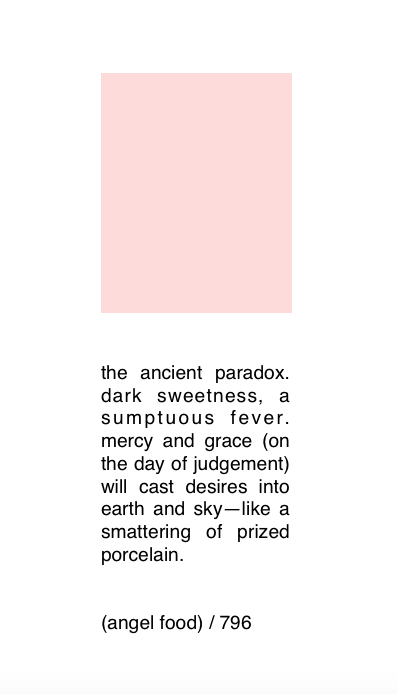 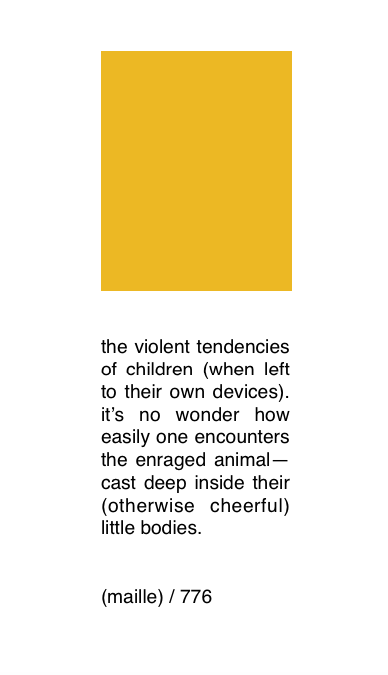 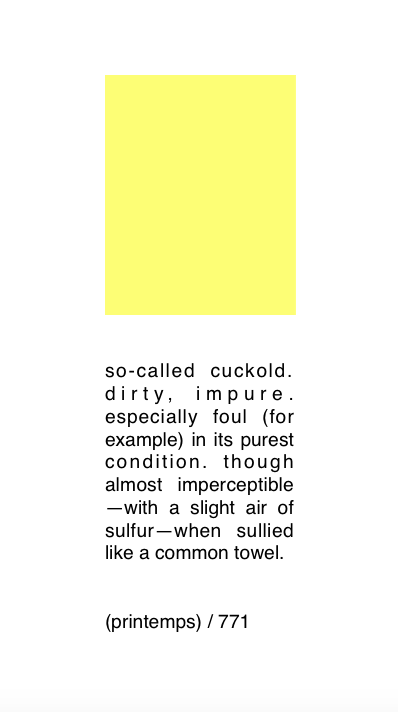 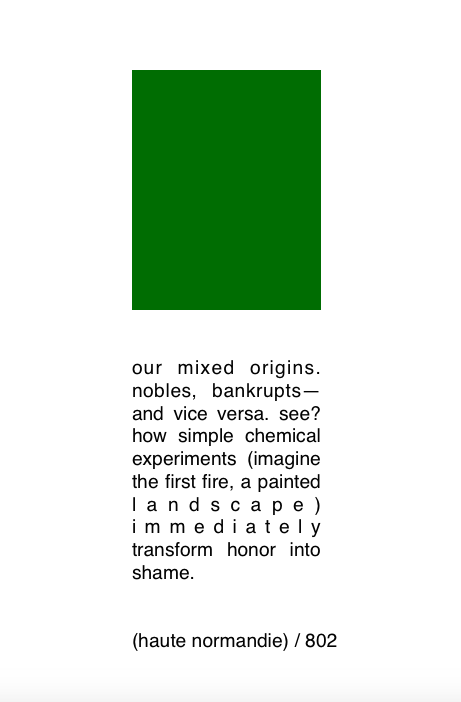 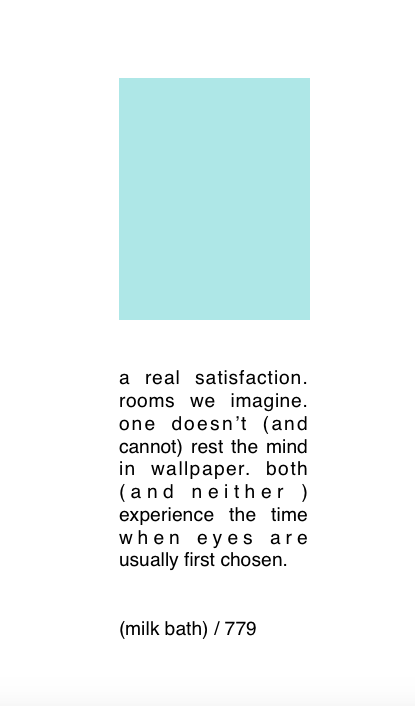 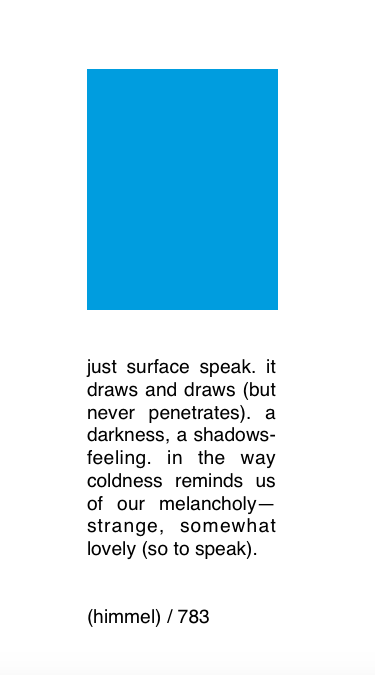 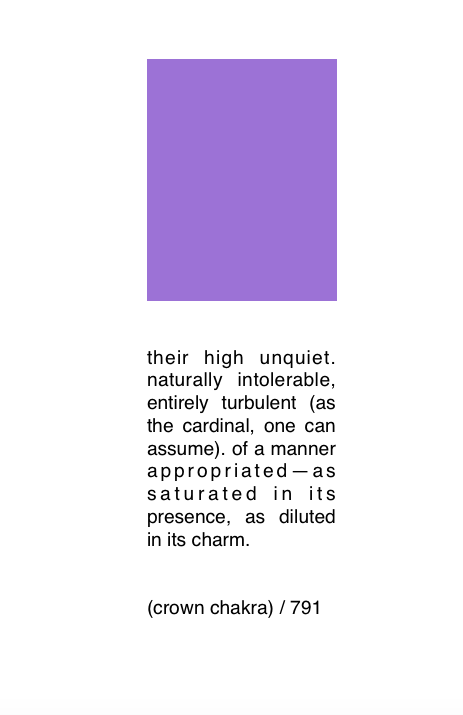 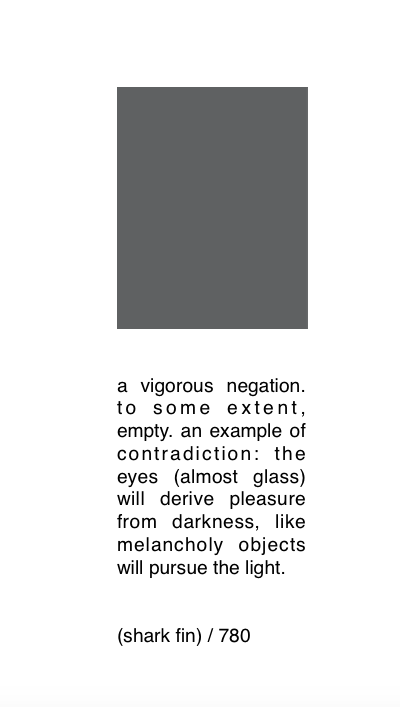 775 / It’s no wonder that the energetic, robust, and crude find this color so particularly pleasing.

796 / It simultaneously conveys an impression of both seriousness and grandeur, but also mercy and grace.

776 / It produces an unbelievable kind of shock to the system, and retains this effect even when it’s darkened.

771 / Through a slight, almost imperceptible motion, the beautiful impression of fire and gold is transformed to be perceived as filth.

802 / One doesn’t want to (and cannot) try to imagine something beyond it.

779 / In its appearance, then, it is somewhat of a contradiction of stimulation and tranquility.

791 / The high clergy have appropriated this unquiet color for themselves.

A ltd. artist’s edition of Mutterfarbe will be published in 2015 by Broken Cloud Press (Portland, Ore.).

Brandi Katherine Herrera is a poet and multidisciplinary artist, whose work in poetic text, film, and sound has been performed for Poetry Press Week, Pure Surface, and Free Verse, and featured in Poor Claudia, The Volta, Octopus Magazine, and elsewhere.