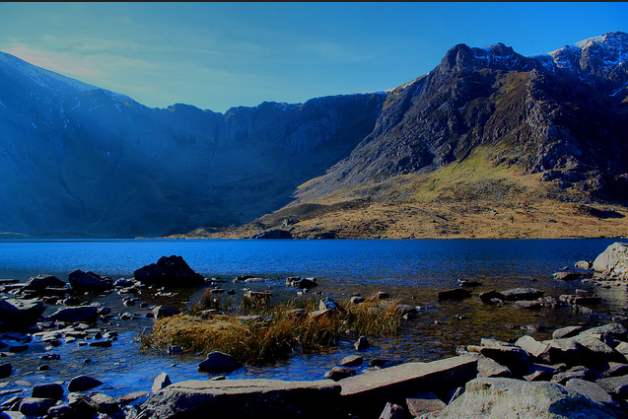 After the accident, when I no longer walked with a cane, we met there at dusk. I hesitated stepping off the dock into the gently swaying boat, still unsure of the steel screwed into my bones, scared in that instant, like every other, of the infinite number of ways a person can die. I took my place in the hard plastic fishing seat, and by the time we reached the far side of the lake and tied onto the line of buoys near the spillway, full dark had come. We set our lines and did no more.

He told a story of how he’d shot a buzzard as a kid, bringing it proudly back to his house. “I believe it’s against the law,” his father had said. But still, he remembered his dad propping the dead scavenger against a tree in the front yard, wings outstretched like some martyr, head shaven, crucified, giving absolution to all those who drove by.

We fished suspended between the blackness of sky and water pinpricked by stars, the small boat rocking with the sound of the warm lake water sucking against its sides. Only the thin surface of dark mirrored reservoir held us from sinking ninety feet to the bottom.

Later, nearing the boat ramp, I watched the trail of white foam pour behind the outboard like a swath of alyssum. The world passed on the highway beyond the sleeping trees, and my morphine pills had worn off two hours before, reminding me of what waited at home: sleeping on the couch during the day, sleeping without my wife in the bed at night, nightmares during both, the pain having become so normal, I could never imagine not feeling it. I wished I could have stayed on that lake forever, night fishing and telling stories as if nothing had happened, but even then, my mind still fired images of the tractor rising up and turning over before driving me into the soft mud, and I fought the urge to slide over the gunwale and let the summer water take me like anesthetic.