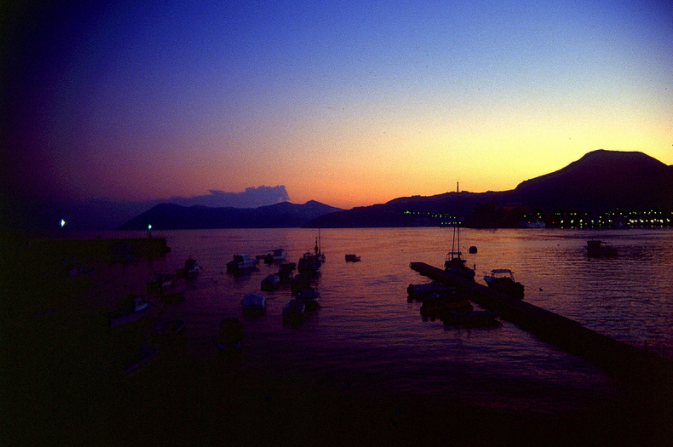 I found the Cyclops and his Galatea

in their shop on Piano Provenanza.

They’d been domestic for a while.

I’d gone for his wildflowers and Ragabo pines.

I’d gone for the wintry July breezes that

dilute the sulfur of his neighborhood.

I’d gone to see the roughened lava of

his searching, the obsidian of his instant grief.

His single lens reflex captured what

his father pitched out of the house. You can’t

imagine how hard it is to raise boys these days,

were amazed by what the old man still tossed up.

And Galatea, from Ethiopia, strung

for sale the pyroclastics into “et’nic” jewelry.

He showed me some appealing color prints.

Asked if I liked Sicilians over Italians.

Full stop. As I saw it, there were three

potential answers—Sicilians (what he wanted

to hear?) Italians (what he thought to hear?)

or neither (true for me, a nohbdy,

a traveler skilled in few ways of contending).

Nohbdy. In the roman mosaics at

sees the Polyphemus passing round.

Judith Baumel is professor of English at Adelphi University and has served as president of the AWP and director of the Poetry Society of America. Her books of poetry are The Weight of Numbers—winner of the Walt Whitman Award from the Academy of American Poets—Now, and The Kangaroo Girl.