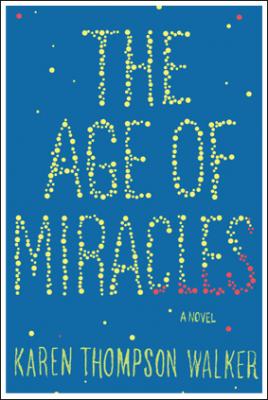 Between last year’s overwrought art-house film by Lars von Trier, Melancholia, and the transformation of Suzanne Collins’s dark YA trilogy, The Hunger Games, into a Hollywood goldmine, the end of the world seems to be on everyone’s mind in the culture industry. Even novelists like Colson Whitehead and Tom Perrotta can’t resist—Whitehead’s Zone One examines New York City post-zombie infestation, and Perrotta’s The Leftovers imagines how a rapture-like event alters everyday life in the suburbs. I suppose it shouldn’t be surprising that apocalypse fantasies are bubbling to the surface more rapidly these days.We live in an age of tangible climate change, the entrenched gap between rich and poor seems more like a chasm, and fierce ideological battling has a stranglehold over the majority of discussions about American politics. Add to this: the fragile state of the yo-yoing stock market and the U.S.’s sputtering economy, the threat of the eurozone’s dissolution, and major political upheaval à la the Arab Spring (and, to a much lesser degree, the Occupy movement). You could be forgiven for reading the news and empathizing with Chicken Little (or, you know, Harold Camping).

While the sky isn’t exactly falling over a small California suburb in Karen Thompson Walker’s debut novel, The Age of Miracles, it’s certainly acting weird. In an interview with NPR, Walker describes how the premise of her novel was inspired by reports that the 2004 earthquake in Indonesia accelerated the earth’s rotation by a fraction of a second. In Walker’s novel, however, Earth can’t stop slowing down. We never learn what event contributes to Walker’s fictionalized account of “the slowing,” but the consequences are immediate and tangible. Periods of daylight and darkness lengthen in ever-increasing increments, plants and animals die off at alarming rates, and a mysterious sickness emerges, known only as “the syndrome.” Our narrator, 20-something Julia, is eleven at the time of the slowing. On top of global catastrophe, she must contend with the splintering of her parents’ marriage and what I like to call “the three Bs”: bus-stop bullies, boys, and bras. Not easy going for any suburban girl, even under non-catastrophic circumstances.

Unlike many novelizations of teenage life, where we witness the character’s memorable “firsts”—first kiss, first boy-girl party, first joint, ad infinitum—The Age of Miracles treads some new ground. Here we see all of Julia’s “firsts”—falling for troubled skater-boy Seth, finally wrangling her first kiss, realizing her parents are fallible—set alongside her lasts. The phrase, “This was the last time I…,” rings through the novel like a death knell, ratcheting up the reader’s expectations that the shit is really going to hit the fan. Any moment now. Wait for it.

Strangely, Julia’s melancholic recollections refuse to register emotional catastrophe, or even the semi-ironic sense of drama every teenager is born knowing how to wield. Given the premise of the novel, the prose in The Age of Miracles is disarmingly straight-forward. There’s no real sense of urgency, no fear underlying Julia’s narration, not even, surprisingly, much nostalgia for the “good old days,” back when the human race just had to worry about melting polar ice or the gradual disappearance of the honey bee. “We were living under a new gravity, too subtle for our minds to register, but our bodies were already subject to its sway. In the weeks that followed, as the days continued to expand, I would find it harder and harder to kick a soccer ball across a field,” Julia recalls, with the kind of juxtaposition between calamity and the commonplace that occurs throughout the novel.

Through Julia’s persistent calmness, Walker allows a unique opportunity to imagine how the end of the world can complement and graft onto the fraught, anxious, and—yes—complex emotional lives of teenage girls to slip through the cracks. The snappy dialogue and brutal honesty of Jo Ann Beard’s young female protagonists from In Zanesville or the lyrical, imaginative voice of Karen Russell’s Ava from Swamplandia! wouldn’t have been out of place in a book like The Age of Miracles. Instead our front row seats to the apocalypse reveal only a muted and shy glimpse of the possible emotional landscape.

Perhaps this effect is also an issue of degree: of the relation between plot and premise, between (mostly) white suburban California and the rest of a (mostly) unimagined wider world. The Age of Miracles tracks the movements on Julia’s street, the strained relationship between her cheating father and her overdramatic mother, Julia’s staid routine of school and home life. The plot moves forward slowly, fueled more by the premise of the novel than the emotional lives of the characters themselves, to which we are given little access. Occasionally we will receive a dire glimpse of the future: one without birds or whales, without pineapples or grapes. But these announcements are relayed in such a matter-of-fact way, it’s difficult to feel shocked or saddened by the loss. Even one of the more touching scenes in the book, when Julia and Seth attempt to help a pod of beached whales, falls flat: “We could hear the whales breathing, a slow rising and falling. We listened. We watched…It was obvious they were dying. But we couldn’t help it. We were mesmerized.” While Julia and Seth are moved to help the tortured whales, they’re stopped by a cynical-sounding grown-up who tosses off, “Hey kids…That one’s already dead.” Many of the characters in The Age of Miracles are similarly imbued with an overwhelming sense of helplessness and inaction, or perhaps Julia’s acceptance of her fate in the narrative present casts an impossible, gloomy shadow on her recollections of the past.

The only glimpse of the world “beyond” suburbia comes when the family must search for Julia’s missing grandfather, combing through a desert community of “Real Timers,” dissidents who choose to ignore the government-mandated 24-hour clock and live by the ever-increasing “natural” day and night cycles. But these radicals are lame and useless, living in unfinished houses where “[e]mpty wine bottles lay like bowling pins on the hardwood floor.” It should come as no surprise when, as Julia and her family descend upon the “Real Timer” community, Julia’s mother repeats variations on the question, “Can you imagine living out here?” Along with the poor “developing countries,” who “lack the financial resources to adapt” to the slowing, or even the rest of the United States, which we never hear more about, we have reached the limits of the novel’s imagination.

To a certain degree, it makes good sense that Walker grounds the narrative voice of Julia in the quotidian—the premise of the novel is so wild, and the catastrophe causes natural damage on the level of biblical omens. Yet the price of remove is also emotional distance, and here we can see the curse of a thousand MFA programs urging students to avoid sentimentality like the four horsemen of the apocalypse. Here is a case where the need to risk sentimentality is great and urgent and—I can’t tell you how I wish it weren’t—unfulfilled.