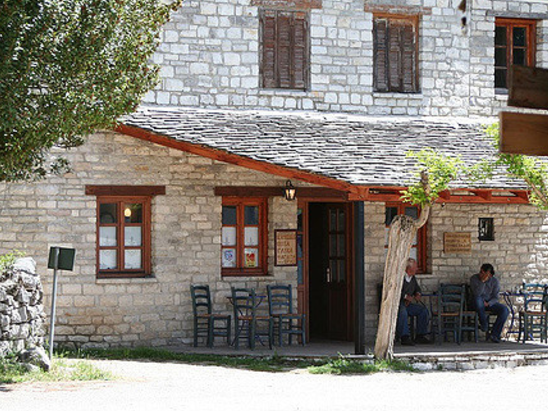 A wave of suicides has swept over our battalion. Those who attempt suicide are deceived if they think they may do with themselves as they please. From now on, I order company commanders to carry out preliminary inquiries, interrogating anyone who has attempted suicide. The results of such inquiries will be sent to me immediately and official indictments will be remanded to a Special Military Court.

We are the victors and you are the defeated. And, as it has been said: “woe to the defeated.” You will ask: why did we take you now and not earlier? Why now, as we defeated you at Grammos? The moment has come for us to crush you, just as we did at Vitsi.

You are the dregs in a barrel of sardines. You have no reason for hope: neither from the Government, nor from the UN. You will submit or die. Here the Military governs, not the rural police you’re used to. We are the nation and you are traitors. You don’t deserve any mercy and you should not expect to be pardoned anywhere.  Unless we, the Military, decide to ignore you or take pity on you. We could kill you all. We aren’t killing you, but not because we have any pity for you. Rather, we want to give you the opportunity to become Greeks like us. And you will, whether you want to or not. Go now: speak to those of your former comrades who have come to their senses. And think.

–Speech of Commander Xirouhaki on December 3, 1949 to citizens in company    B’ ETO (Greek Order of Soldiers).
EVERYTHING FOR GREECE

Words spoken at the café or taverna are not enough to prove oneself a Greek patriot. Works, not words, are needed, truly great works, which require faith and dedication to the ideal called Greece. What did you do, Mr. Professor from the University? Mr. Literary Man, Mr. Intellectual?  Is your conscience clean?  On you the duties fall more heavily and a three thousand year history needs you to ensure its continuity. Perhaps you made the mistake of compromising too much?  Were you perhaps too friendly with the communist who lives in the apartment next door, keeping him company and playing a little harmless poker in order to avoid displeasing him? Sitting idly by while he bad-mouthed Greece?

Answer courageously. The times demand your answer to these questions. If your answer is “yes,” then you are not suitable to be a spiritual leader; you aren’t “the one we need,” and you aren’t worthy to bear the name of a “Greek.”

Between 1947 and 1951, the right-wing government of Greece set up “re-programming” camps for Communist party members and “subversive” intellectuals on the island of Makronissos.  Among the island’s most famous prisoners were the poets Yannis Ritsos and Titos Patrikios and the composer Mikis Theodorakis. Propaganda texts, including those translated here, were read daily over the camp’s megaphones. These texts, alongside poems written secretly by the prisoners, are featured in a new documentary film about Makronissos called COMME DES LIONS DE PIERRE À L’ENTRÉE DE LA NUIT. The film was directed by Olivier Zuchuat and will debut in 2012.

About the translators:
The Texas Institute of Letters awarded Christopher Bakken’s second book, Goat Funeral, its prize for the best book of poetry published in 2006. He is also the author of After Greece (T.S. Eliot Prize, 2001) and co-translator of The Lions’ Gate: Selected Poems of Titos Patrikios (2006). His memoir Honey, Olives, Octopus: Adventures at the Greek Table is forthcoming from University of California Press.

Joanna Eleftheriou was born in New York and attended high school in Limassol, Cyprus. She was educated at Cornell University, Old Dominion University, and is now pursuing her doctorate in creative writing and literature at University of Missouri, where she is writing a memoir of her family’s history in Cyprus.