Qadita.net, an Arabic contemporary literature and arts website, writes a feature on Issue 06 contributor Hisham Bustani’s collaboration with The Common.

An Orient Free of Orientalism: Magic, the square, and women in Moroccan short fiction

HISHAM BUSTANI
Morocco has long been associated in the Arab imagination with magic and superstition, casting off mystical curses and exorcising jinn from the body. The word “al-Moghrabi” (“the Moroccan”) has become yet another qualification claimed by those who work in this parallel world...

Connecting What Has Been Severed with Sudan: The Short Story as it Fills Voids with Imagining

HISHAM BUSTANI
It is May 2019, and at the moment there is a revolution in Sudan, and people, among them a great number of authors, have taken to the streets and squares, demanding the fall of a regime that has—like many of its “siblings”—weighed down on and repressed them for decades. 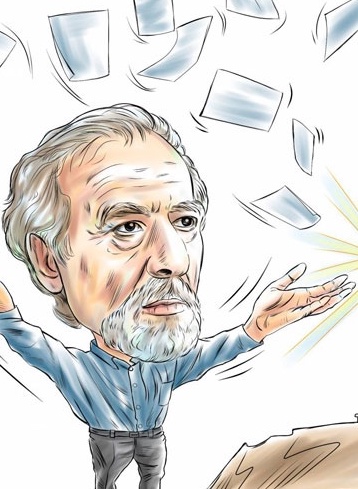 I Am the Fire Starter: an Interview with Haidar Haidar

HAIDAR HAIDAR
I lost any chance of winning awards because of the unjust campaign launched by Islamists against A Feast for The Seaweeds in 2000 after it was printed in Egypt, then burned by fanatics who led demonstrations against the novel and accused me of heresy. This might be a rare incidence of an Arab novel capable of stirring street manifestations even if only for its confiscation.