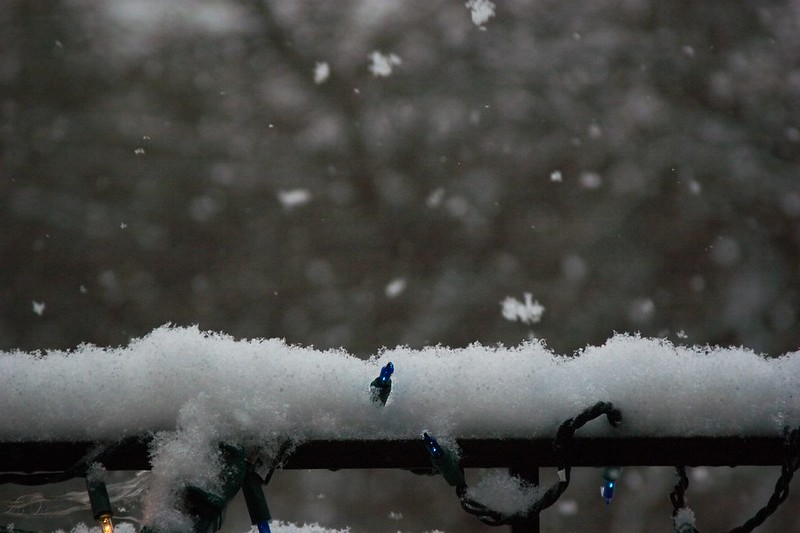 As if he was pelting for a winter,
his hair returning, the closer he gets,
to that flossy, watchful, infant softness,
like the idea of an angel’s wing;

and how would it feel, as cotton as snow,
clean, unimprinted, like the first breath of light
on an overnight fall, should I reach out,
cup his skull as he once must have mine,

as he did when I watched him rinsing
the baby shampoo from my baby sister
in the pour of Sunday morning light, the beaker
dipped, warmly filled, lifted and tilted so

it never can wash away, the bubble of thought
how that could not come across—me taller
than him—as the ultimate condescension,
when it held the opposite intention.

And is this, by extension, what happens to men;
does this account for the lengths they have gone,
raising up bridges to span headlong chasms,
hacking up beyond oxygen to lay

their hacked hands on top of ash-black mountains;
is this something of what they run from,
zooming like boys with toy rockets to the moon
to bounce up and down as on a trampoline?

And is that why it feels more real to me
on a snow-cloud night, my father below,
to crack the spine of Book VI, and read once more
of Aeneas crossing the threshold of death

to the underworld meadow, where, early,
amidst bog cotton and dandelion seed,
three times he reaches out to embrace him,
three times feels the spirit so like mist melt away,

it makes more sense to me to approach it
trying to forget that with all the space
of an epic to address the issue
of whether Anchises is reaching too,

Iain Twiddy studied literature at university and lived for several years in northern Japan. His poetry has appeared in Harvard Review, Salamander, Illuminations, The Stinging Fly, The London Magazine, and elsewhere. He has written two critical studies, Pastoral Elegy in Contemporary British and Irish Poetry and Cancer Poetry.