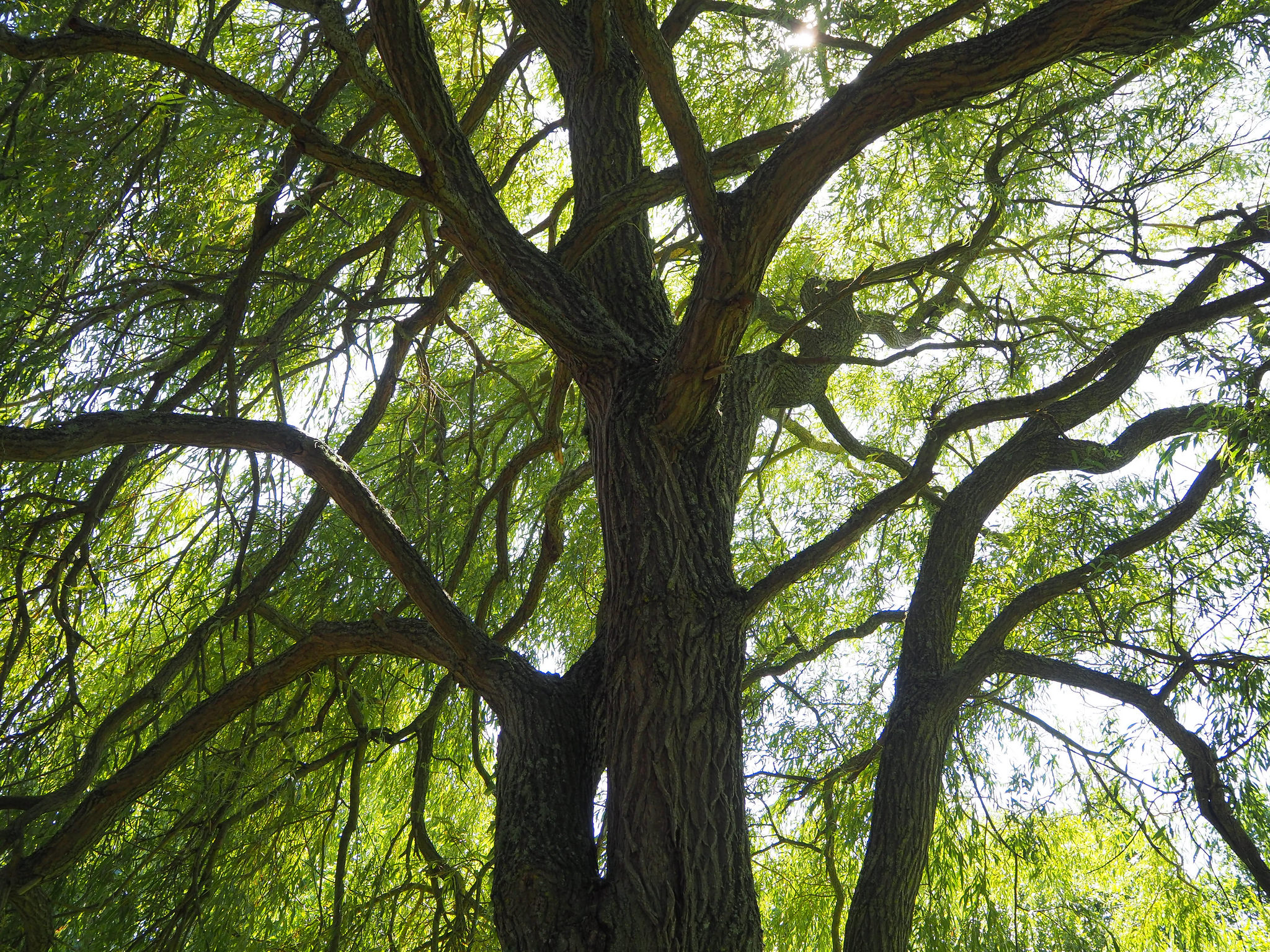 My wife pointed out the willow tree on move-in day. The branches draped over a hill as round as my wife’s belly at seven months. We’d traded a West Coast high-rise for an East Coast village where the only thing to wake our baby would be other babies. We came to the city in our youth. And we left for our youth.

Our spacious apartment building faced a hilly park with that willow tree. A perfect spot for reading and a picnic. But who reads before unpacking? The boxes of surviving paperbacks were last priority. Our park bordered the library. On still nights from our balcony, I could spy the librarian collecting late fees. But all we borrowed was the movie Willow.

By month eight into the pregnancy, we still hadn’t visited the tree. We had unpacked but found we’d lost our picnic blanket in the move. The grocery store didn’t stock the organic beets my wife craved in our picnic sandwiches. Our best excuse for not venturing out? No good book. The last thing we “read” was a self-help diatribe on tape in the moving truck. But hey, I ordered a new blanket and found a farmer’s market with beets—the day before our daughter Lily’s birth.

The library hosted a book sale when we arrived home from the hospital. I indulged and nabbed And Then There Were None, an Agatha Christie we hadn’t read. It lay under a stack of unopened mail for a month until grandma insisted on watching Lily one afternoon. After all, we’d moved here, to her town, so grandma could be a grandma. So we took our first hesitant walk, the two of us, pregnant only with the idea of a reading picnic.

We strolled through the park to the willow, to touch its drooping branches, tickle the leaves like pages, find stories in its bark. Atop its hill we discovered the tree wasn’t by a clearing perfect for a picnic but guarding a storm drain the size of a crater. All we could read there were fast food wrappers decorating the bushes. “Guess we found the teenager’s hideout,” my wife said. My hand wrapped around her shrinking belly. I laughed. At Agatha Christie, forgotten at home. At the litter, a slice of city grime that had followed us to greener pastures. At all I missed and hadn’t unpacked between the lost nights of dreams and the realities of diapers. And because I missed the kindled bundle in grandma’s arms back home, weeping for us.