During a spring 2011 guest teaching stint at Chongqing University, in Chongqing, China, near Sichuan Province, I flew to Beijing for a three-day visit. In the 1990s, I spent two Fulbright teaching years at universities in Beijing and still had many friends in the city. At dinner that Saturday night, I met a poet I had never met before: Lan Lan, 42 years old, famous in China, author of 9 books, mother of twins, a boy and a girl. The children joined us at the restaurant, caged songbirds overhead, hanging from the branches of small potted trees. The poet Wang Jiaxin was an old friend. He was there with his wife and his five-year-old son. There was another poet whose name I missed and his seven-year-old daughter. My old student Liu Ruiying was with us too—in the impossible position of being the only truly bilingual speaker in the room. Possibly Duo Duo was the senior statesman in the group, a poet I had long admired. Duo Duo joked that he would probably only order water. Then he ordered wine. “Wine is good for high cholesterol,” Duo Duo said. “Yes,” I said, “if you can manage to drink only one glass.” “Yes, but we are poets: we must drink the whole bottle,” Duo Duo said, and grabbed the bottle and laughed. Wang Jiaxin and I clinked glasses and toasted to 20 years. I first met him during my 1990-1991 Fulbright year.

Then Duo Duo said, “We have a very rare chance: we have Liu Ruiying here to help us talk to each other.” Duo Duo was seated at the head of the table, Lan Lan to his left, Liu Riuying to his right. I sat next to Liu Ruiying, Wang Jiaxin to the right of me. Jiaxin talked mainly to his wife and child, and to the poet I didn’t know. I asked Duo Duo what Chinese poets he admired from the early years of the communist era. “No one.” From the early years of the Chinese Republic?  “No one,” he said. “I have a Chinese great-grandfather—classic Chinese poetry—but I have no father. The West is my father. There were no Chinese poets like Wallace Stevens in the last century.”

Duo Duo asked me what I thought of the difference between Continental and English poetry. I told him that—generally speaking—English poets give themselves more fully to traditional form, while continental poets are more experimental and cerebral, without making form their main concern. Maybe more like Stevens, though Stevens wrote in form. American poetry is somewhere in between. Duo Duo said, “No, that is not the difference. The difference is something else. British and American poets always have to ‘tell the story,’ and at the end of their poems they sum the story up. In France and Germany poets don’t do that.” Duo Duo said he admired Rilke, Paul Celan, Apollinaire, Rene Char, André Breton. He complained that there is not enough translation in America. When he was in America he couldn’t believe that he could find only a slim volume of Rene Char’s poetry translated into English. He told me that he was utterly dependent on the translation of Western poets into Chinese and praised Wang Jiaxin for the gift to Chinese writers of 300 Celan translations. Duo Duo said he doesn’t read in any language other than Mandarin. He said he needed people like Wang Jiaxin.

I said that in good poems the story is not the full or even the real story. The poem is really about something else, as Eliot and other poets have said. The real meaning is always tangential. We talked about what can come through in translation: imagery, surrealistic effects, a poem’s story or argument at its literal level.  Not the more subtle effects of form and music, suggested meaning and idiomatic language. Maybe that’s why poems that “tell the story” are not very effective when they are translated into Chinese. Maybe that is why modern, Continental poetry comes through better, because it is more powerfully built on imagery, especially when the imagery is surreal. Maybe Frost’s long narratives are untranslatable, I said, because they are so subtle, because they are that good.

We talked about American and British poets Duo Duo admires. He said he loved Roethke, Charles Wright, R.S. Thomas, Ashbery, Mark Strand, Whitman, James Tate, James Wright, Dickinson. When I brought up Jorie Graham, he claimed to admire her too, and Hart Crane was also an important poet for him, many years ago. As Lan Lan speaks no English she said little to me during the course of the meal. She agreed with Duo Duo that she had little pleasure in reading poems that “tell the story.” She said that she loved Bishop and Dickinson. I found myself wondering which Bishop poems had been translated into Chinese, as Bishop often writes narratives.

Duo Duo, Wang Jiaxin, Liu Ruiying, and I ended up in a beer garden for a nightcap. Lan Lan went home in her family car with her children. Wang Jiaxin loves many different kinds of beer, having spent some years in Germany. We ordered mugs of German beer and took some photographs. Then I shared a cab with Liu Ruiying back to the North-Central part of Beijing, near where she lives and where I was staying at Beijing Normal University. A few days later I flew back to Chongqing to continue teaching my course on Dickinson and Frost. That was my third trip to China. Two Fulbright years, then a thirteen year absence, then six more weeks. For the third time in my life, with poets in Beijing, I eavesdropped on a conversation with the West. There is no summing up of that story…

Stephen Haven is the author of The Last Sacred Place in North America (2012, winner of the New American Press Poetry Prize). He has published two previous collections of poetry, Dust and Bread (2008, for which he was named Ohio Poet of the Year), and The Long Silence of the Mohawk Carpet Smokestack (2004). 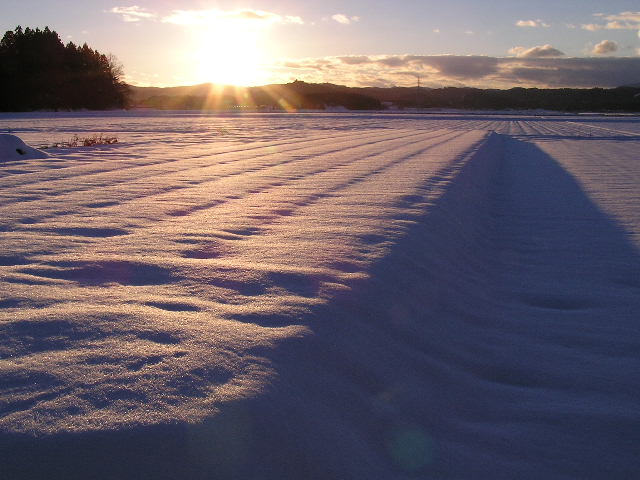 As 2022 comes to an end, we want to celebrate the pieces our readers loved! Browse our list of 2022's most-read pieces to see the writing that left an impact on our readers.