It’s the end of the summer and we’re all digesting a season of vacations. Here’s a sampling of reflections from around the web, from armchair dreamers to day trippers to professional travel writers:

At Killing the Buddha, Ben Brazil reflects on the pleasures and pitfalls of searching for larger meaning in the serendipitous moments that occur while traveling: “Travel as a spiritual practice, can distort at least as much as it reveals, and not only because its magic involves wealth and privilege.”

Spiritual seekers of a different stripe gathered for the 25th Annual Ozark UFO Conference. Get the full report at Oxford American.

In London, Geoff Dyer holes up in a boat on the Thames to contemplate Joseph Conrad’s Heart of Darkness, a famously distorted account of a journey to a foreign land. In typical Dyer fashion, he ends up contemplating the “critical river” one must contend with when approaching such a classic. Sven Birkerts performs similar critical contortions as he wrestles with W. G. Sebald’s first book, Vertigo, a novel of four disparate narratives, segued by uncanny coincidence. “The overt theme is that of travel, more specifically the movement of the nervously attuned and alienated sensibility—the literary sensibility—through often unfamiliar places.”

New York Times book critic Dwight Garner abandons reading altogether during his vacations, preferring to view his road trips as a “cultural cleanse” and a chance to reflect on his life—or, at the very least, listen to some new music. 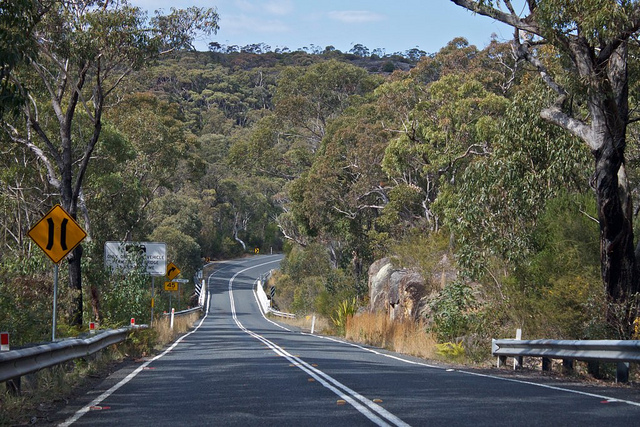 At Granta, a Christian Iranian family experiences the ultimate form of culture shock as they arrive in Oklahoma in the summer of 1991, hoping to begin a new life.

Finally, in an excerpt from Ecotone 13, Bruce Cohen wryly addresses the impulse to escape in his poem, “American Vacations”: “This Saturday, instead of a picnic, tour/The countryside to select the idyllic location for your grave.”

Hannah Gersen is the Dispatches Editor of The Common.