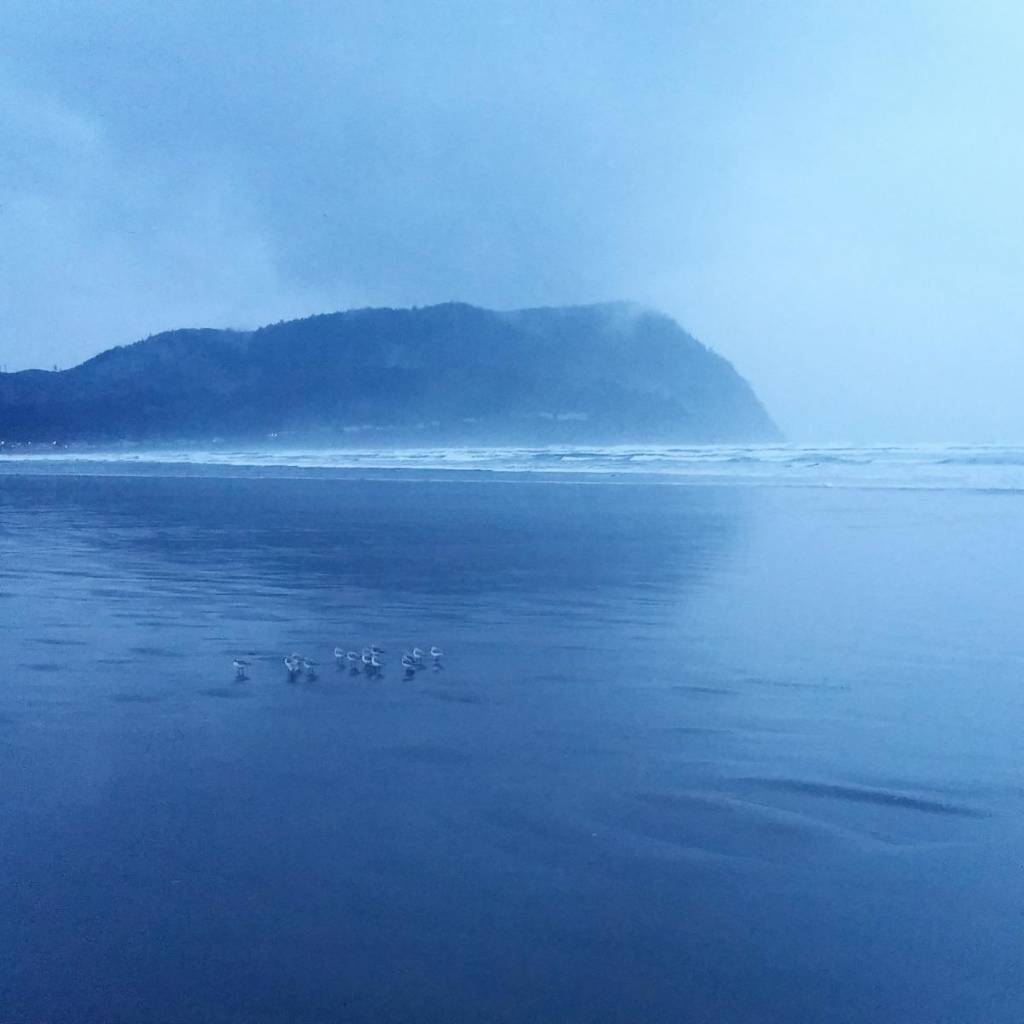 The closer to the sea we drove, the harder it rained. When we came into downtown Seaside, the neon lights on signs above the tourist shops shone bright against the overcast. Winter in Oregon can seem like a perpetual dusk where, regardless of the time of day, it always feels like night is about to fall. We parked and walked past the shops selling ice cream and hot pretzels, wild game jerky and kitschy t-shirts. A group of teenagers giggled past us on the sidewalk, the hoods of their North Face jackets framing their faces.

We arrived at the beach where the Lewis and Clark statue stands surrounded by Narnia lampposts in the center of a turnaround between two hotels. “End of the Trail” is embossed into its base. It was here that Clark and others from the Corps of Discovery came to make salt for curing meat and keeping spirits up during those long winter months they stayed in Oregon. Lewis, who was prone to bouts of depression, stayed near camp much of the time, writing in his journal, sometimes venturing out to make maps of the area. Clark on the other hand would go to the beach, once to see a whale that had washed up on shore, another here to Seaside, where the men continually boiled seawater night and day for two months creating 28 pounds of salt. 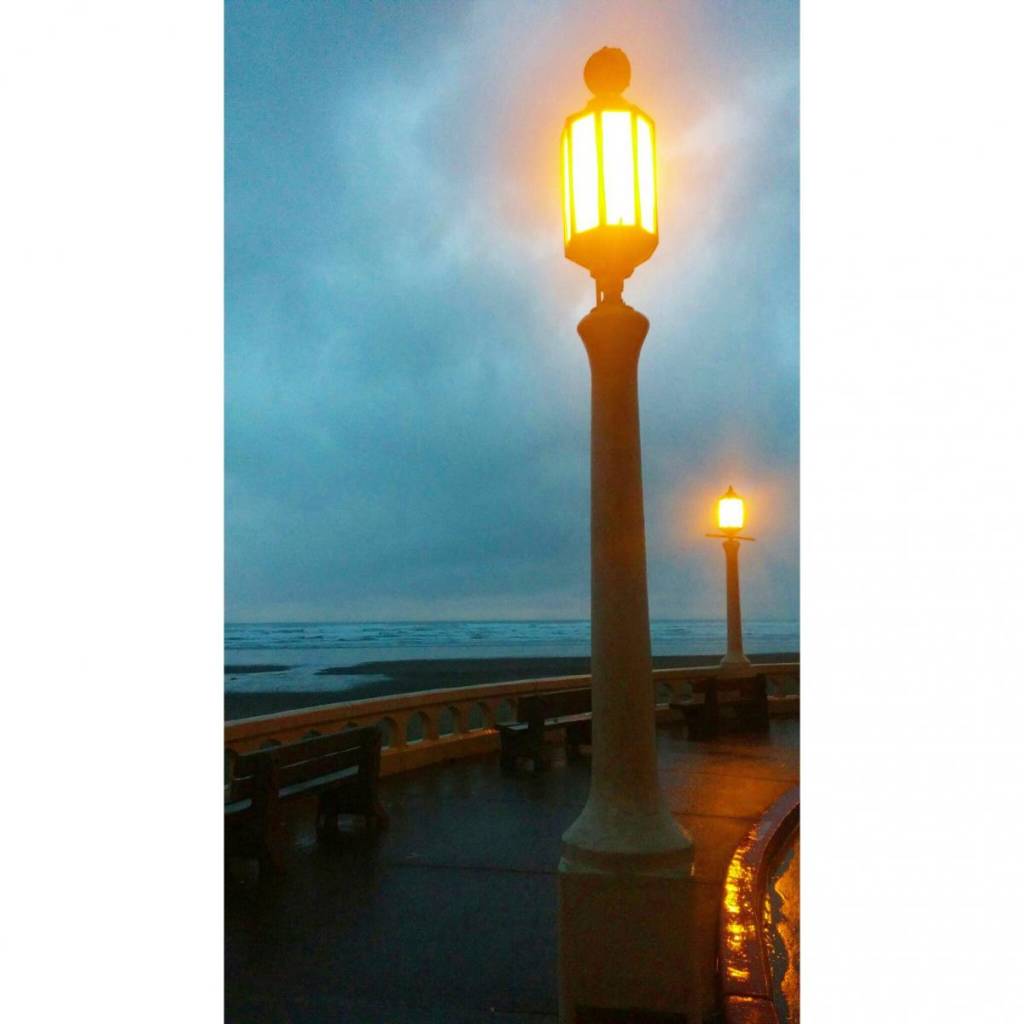 During these dark days of winter, Lewis and I share the same melancholy, and I always think of him, especially now that I live in the place where he spent those months between his westward journey and the trip home. I think of how, at his death, three years later, when he had gone from being a legendary explorer who’d traveled across a continent to a person trying desperately to adapt to a settled life, his demons overtook him and he shot himself in a roadside inn in Tennessee. While he lay dying, he said, “Don’t worry, Clark is coming, he’ll be here soon,” as if they were still on the trail. As if that’s where he longed to be.

So here, at the End of the Trail, after nearly six straight weeks of rain, I try to follow Clark’s lead and go to the sea regardless. The beach was empty now except for one other person standing near the waterline, just beyond a metal swingset driven into the sand. The rain had slacked a little, and we could pull our hoods back while we walked out to where the foam washed over the toes of our rubber boots. The sun was setting behind the clouds, and a faint halo appeared near the horizon where the gray shifted slightly to gold, and the waves turned green. It only lasted a few minutes, and then the sun, which we couldn’t see, was gone.

The world became monochrome, a blue filter placed across everything, and we watched a group of tiny birds stand on the packed sand just out of reach of the waves. I couldn’t help but think of the Hank Williams lyric, “Too blue to fly.”

We walked back to the car, then picked up a soda and some cookies for the trip home. While we were waiting, a friend messaged Jane, asking if she could call her, a sure sign something is wrong these days—no one wants to talk on the phone—and so she did. I drove us back into the mountains, the dark made darker by the trees, and Jane listened and offered comfort and understanding in response to tales of workplace politics and the lingering heartbreak of a wedding called off the previous Valentine’s Day.

The call was over by the time we reached the crest of the mountains and were descending again toward the valley, and soon the lights of the city came into view, and before long we were home again. Tomorrow would be back to work, back to the daily tasks of the trail, which energize and give purpose and distract from the existential crush that sometimes falls when things slow down. But after going to the sea, where the last light can be seen even in the rain, and you breathe salt into your lungs, you are able to see, for just a little while, all that is in a single moment and rest. 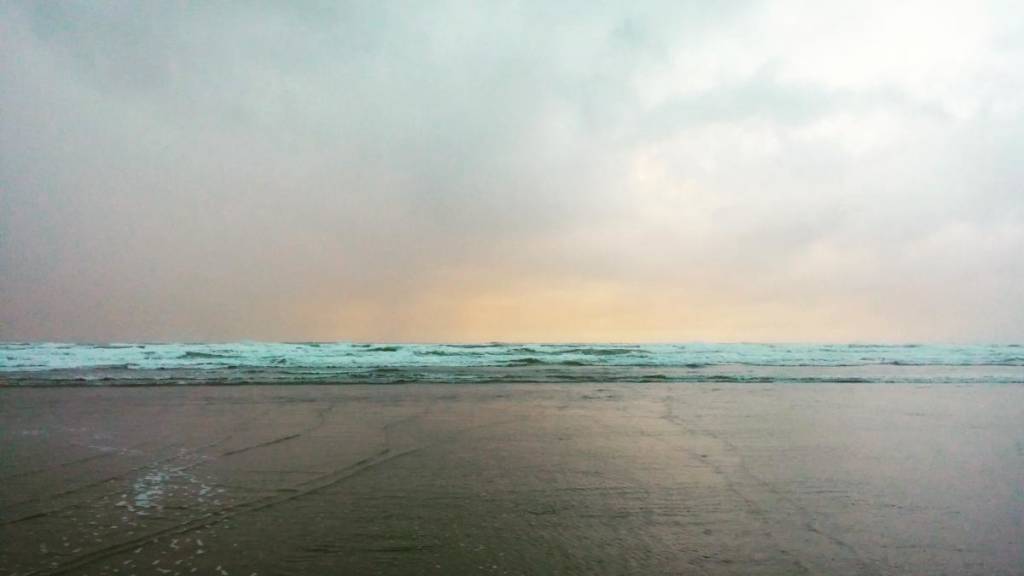 James Alan Gill is the Dispatches Editor for The Common.