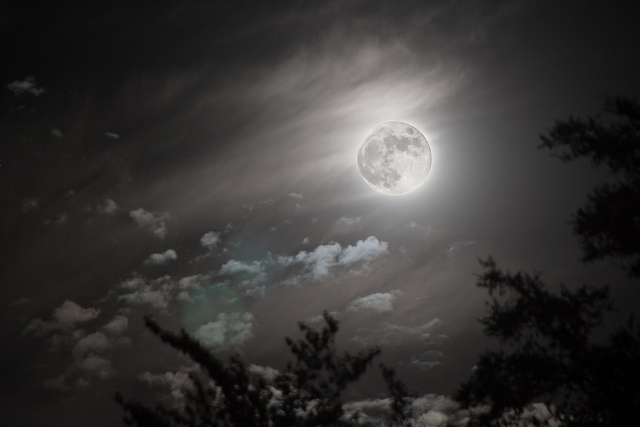 This month we are featuring eight new poems by four The Common contributors:

The Two Boundaries of Night

Wherever he listened in her,

ramparts fell in the marsh

for the spurred horses without riders

to cross. She grasped air

and it was him, a nerved thorn

she kissed and bit lovely.

They were on a hill moon-melted

into an anvil-down sea, calm stars

a monument dreamed in colloid light.

She demanded wings out of his shoulder bones,

The moon ferned her eyes to his eyes,

and her eyes were panned silver he lorded,

they perfected a chapel in their stare,

that when she moved in a shadow

for a wolf’s mouth and tore

his jaw off, there was no pain, he stood

with his new breathing valve

the surprised blood of new language

she rammed him full of, purred,

then his hibiscus hands lit

to her face and found there harvested

a shining swarm of wet galaxies.

The sea buffeting, the fires of Troy, cannot reach me here;

it might not have happened, truth be told, the war. Under

I made unwinding hearts to shades. A white wind cutting

the ribcage trees, I hear, or the white voice of a girl nearing

my withered womb, bird clear, makes me wonder: is this the place

Meditation on Divorce During Summer Storm

The ice in my glass clinks lullaby as blackout

burns through our candlesticks. Thunder, a promise

We watch drops play chase down windows of the house.

They plink against the shingles like grains of rice

but his bent wing will spin him in circles.

We’ve been over this before, but the ground

is not, in fact, the same. What we forget

is that earth falls away; erosion gives

nothing back. Rain stops without a warning.

Our son, throughout this storm, has been dreaming hard

of lavender pressed between pages of a book

or river rocks that weigh his pockets down.

How are we to reckon this? A passing train

flattens our pennies into copper dots.

Tomorrow, we will find them scattered near

the tracks. The engine tears through the night, Doppler’s

If not the wind, still something carries
everything away. Just this morning
my son and I threw apple seeds

to grass. He spoke of trees, but how
much stays in one place long enough
to root itself? How much blossoms,

after all? Dandelion fluff,
memory of a face: our beginnings
always are the same, our ends

also the same, but something falls
short of our expectations. Cause
and effect are everything. I warned him

of birds, shadow, drought. Already
the predicament of risk plagues him.
We know nothing of what will happen, even

less of who we are. He asks
before he falls asleep, What is God?
This word I never thought to teach him.

He waits, but all I say is this:
I opened my eyes to see; I opened
my mouth—You know how this story ends.

The steeple bells close their hymnals for the evening

& all the prayers of the faithful

dissipate in the harsh winds of February.  All month

solitude, & to beat the cold

in my coffee, not because I enjoy the taste

but because its scent fills the room like perfume–

something basic, something sugary.

They say the incorruptible bodies of saints smell this way,

lying as some do

in their glass sarcophagi.

I prefer my miracles smaller

& more personal– a gift of toffee,

a found five dollar bill, a brief note of apology

signed with love.  So long, Thursday.

So long have I lived skeptical among church goers

with their private diaries of confessions.

& that narrative I repeat sometimes

not for penance or recompense but to remember

what it means to live with longing,  nights

when the votive stars flicker

& seem to risk burning out, nights like this one

with its steaming cup of sweetness & bitterness both.

Bowie crooning through the speakers in my basement room–

Laura with me & not with me both.

I learned love is

a dialectic.  I remember

standing by the wall while she was all sarcasm

we can laugh at it: I was never a king

& cheekbones, noses, though maybe I know a little something

about failure & forgiveness & what it means

to kiss like nothing could fall.  Have you considered

this might be why I don’t pull you close?

So many mornings I re-entered the world

Nothing will drive them away.

Last night, the stars over our heads seemed a blessing,

kisses.  I’d say I’ve given up on romance

but I’m a lousy liar.  Just ask Laura– she’ll vouch for that.

I could be anything

I once believed, back when she & I made out,

when inhibitions was only a vocabulary word,

Bowie spinning on the stereo.

I could be a villain or a hero

though I know where my tendencies seem to lead

you could be queen

if only you needed me, wanted me–I swear

we could beat them just for one day

& come morning I wouldn’t be gone.

Not this time.  Not anymore.

Gerry LaFemina is the author of numerous books of poetry and fiction, the most recent of which are Vanishing Horizon (poems, 2011 Anhinga Press), Notes for the Novice Ventriloquist (prose poems, 2013 Mayapple Press) and Clamor (novel, 2013 Codorus Press).

I can sit here Bovary-bored

not move until the Renaissance

rotting flowers out of my face

or I can go lie flat on my back

on the soles of my feet while

my mind chats up ten thousand

symposium on the difference

between dialogic and dialogue

self-explanatory or better yet

stand still and rest my right

and just ruminate on Pascal’s

Pensees as I dissolve into

we think the poem is about a cat that

begins dead inside a shoebox but quicker

than the first right away is the doubt

that slackens our strong hold of what

is found there, shaking every kind of certainty

and throwing us back to the very beginning,

i.e., in the middle of winter, which sets up

the mood, tone, and another set of meandering

meanings to mean all this is really all

about that once-fancy French word that

merely uses a feline inside a cardboard

coffin to make another image of itself,

an nth evidence to convince us who takes

care of the core when it comes to cats

cremation and other triste du jour.

Name it whatever, it will always lead

with an aha or oh, and a gotcha at the end,

from nowhere until we remember

they once lived with the cat before

and during its final moment, maybe

even thereafter, except those that escaped

just in time for the nameless owner

to strike the match and return death

and all else back to fire.

R. Zamora Linmark is the author of three poetry collections, Prime Time Apparitions,The Evolution of a Sigh, and Drive-By Vigils, all from Hanging Loose Press.