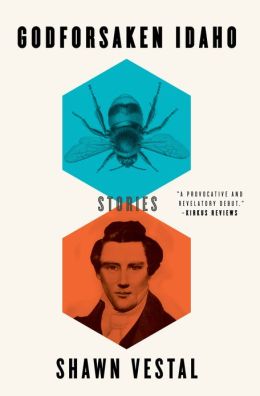 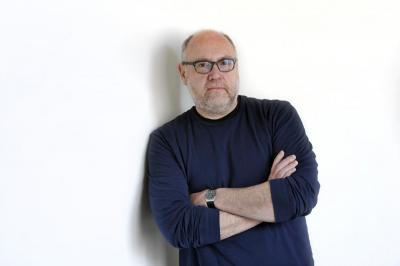 In this month’s author Q&A, Melody Nixon speaks with Shawn Vestal about childhood, the afterworld, and the “irrevocable lives” we lead in between. Vestal’s short story collection Godforsaken Idaho was published by Little A / New Harvest in April.

Melody Nixon (MN): Your collection is named Godforsaken Idaho, and several stories are set in or touch on Northwestern farms. You yourself live in the American West. Has that place shaped your writing?

Shawn Vestal (SV): I think my views are formed in large part by the places I’ve lived and experiences I’ve had, and I’ve lived in the West all my life — Idaho, Montana, Oregon, and now Washington. There is a space and distance to the landscape out here, an ability to escape others or an inability to find others to connect with. The mythos of the West — the self-sufficient, self-defined individual, who doesn’t need others — is a strong part of [my] characters’ own mythologies. Or perhaps just something that feeds their personalities just as it feeds mine.

MN: How ironic is the title?

SV: I think of the title as metaphorical — I don’t mean to say, though I realize some will take it that way, that Idaho itself is godforsaken. I think of the title as describing a kind of existential wasteland, a stage upon which the characters must try to grapple with their own lives in an absence of what they might want or hope for, in terms of help from on high. I love Idaho — sort of, in that mixed complicated way you love your home — and think that the actual Idaho is not a bleak existential wasteland any more than Des Moines is. Or any less, I guess.

MN: As well as the West, Mormonism features heavily in your fiction. But you’re no longer Mormon. When and why did you leave the faith?

SV: I fell away during my teen years, and left it for good when I left home for college. I detached gradually and by degrees over those adolescent years, in part because I didn’t see the kind of cultural life I wanted within the church and in part because I had really begun to question the specific teachings.

MN: That same questioning is in your fiction. It seems to me that a central device of yours in Godforsaken Idaho is to take “given” or accepted ideas, especially those from Mormonism, to their logical conclusion. To truly take them literally, to see what results.

SV: That’s an interesting observation. I haven’t ever thought of it in that particular way — taking the ideas to their logical extremities — though I wouldn’t argue with that characterization. I tend to think of it more as inverting or subverting the stories or the mythologies, as putting them through a different prism and discovering different kinds of meaning. So, in [the first story] “The First Several Hundred Years Following my Death,” I’m interested in an afterlife that subverts the typical notion of an earned reward or punishment, which places real life into a kind of subsidiary position, a mere run-up to the glory of the eternal, by emptying the heaven of significance and refocusing on the life that’s been lived, and the irrevocability of all that happens in that life. Instead of a life focused on eternity, it’s an eternity focused on a life.

MN: “An eternity focused on a life,” that’s brilliant. We see the same theme in “Opposition in All Things,” where an ancestor drives the protagonist crazy.

SV: In “Opposition” I liked the notion of subverting the benevolent view of ancestry. The ancestral character is not someone who has wisdom and knowledge and understanding to pass on to his descendent, but someone who finds himself more baffled after life than they were during it, more bereft of meaning, and as a result develops an actual antagonism and hostility toward his descendant. Ancestry as a malevolent force.

MN: How much has your own family history and childhood factored into your writing?

SV: I draw on my own background and childhood in direct ways for setting, certain details and places, atmosphere and historical context, and for emotional terrain (such as the fraught and troubled relationships with fathers). But the stories — the events — are entirely invented. Oftentimes, some of the deeper, more emotionally truthful ways I draw upon my own life emerge almost without my noticing.

MN: The story “About as Fast as This Car Will Go” traces the relationship between a boy and his criminal father. You’ve spoken elsewhere about your father’s criminal history.

SV: My father broke the law when I was a boy. [That story] involves a son trying to reconnect with his criminal father. Obviously, there are emotional places in that story that came from my own life. And yet none of what happened in that story happened to me. My own experience gets mangled and manipulated intentionally, and it also forces itself out in unmapped, unintended, unbidden ways.

MN: You wrote a piece on fatherhood in which you said that having a son had helped your writing. You’d feared the opposite but you realized: “I didn’t need more time in my life, I needed more life in my life.” I love that quote. How important is life experience to a writer?

SV: Enormously important, though the passageway between experience and art is a mysterious place, at least for me. There’s no question that living longer and having more wide-ranging experiences — and especially more emotionally powerful experiences — was crucial for me in trying to deepen my fiction and make it more authentic. But as important as that is, the more important element may be becoming better at transmitting that experience and reusing it artistically, and that’s where the ultimate mystery lies.

MN: How important is memory, to experience?

SV: Memory and imagination are like twin abilities, chained functions. Remembering something is not all that different from inventing it. I think a lot of us consider memory a perfect record stored inside of us, as though we have a hard drive record of our experiences that we just have to figure out how to access.

MN: And how do you think memories are actually stored?

SV: My sense, especially in terms of writing, is that [experience] is like a bunch of old Legos in a bin that have been broken down into the tiniest components — though half a castle might remain here and there, among all the variously colored, decontextualized bricks and headless Batmen. When I write I am often picking through the bin and sticking the pieces together in a way that is much more exploratory and experimental than intentional, and what emerges is a new creation that is made of memory and experience, but which may be unrecognizable as such. Even to me.

MN: The colorful, decontextualized bricks and headless Batmen of memory. That’s a fantastic idea. But you want to give that memory new context, correct?

SV: The thrilling possibility inherent in the process is that the work I invent out of my experience — this second-hand artifice — might go out into the world and become a real, firsthand authentic experience for a reader. 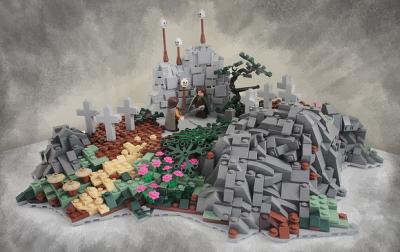 MN: You’re rebuilding your Lego castle, then giving it to your readers. They experience it like new. Do you think other writers are doing the same?

SV: [I think of the way] Kafka drew, somehow, upon his experience to write a wholly fantastic, artificial account of a man transformed into a giant insect. What he made is second-hand to his own life — it is an interpretation, an outgrowth, a creative spasm, a second-generation object. When I read “The Metamorphosis” and find myself moved — moved as authentically and powerfully as I might be by any other experience — [the work] has re-entered the realm of first-hand experience. And then it goes into the Lego bin with everything else.