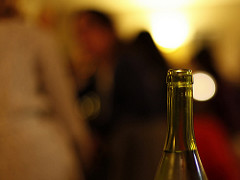 Check me on fleek like the night
kitchen mothers, pucker and hum some; come,
I like to liquor louche; let’s watch the flock
of spring-heeled bound as borough cabs
exhaust their carbon phantoms like a gauche
of fuck. Do you unzoo, unrouge
to rat as white, what roughshod? Do.
I want the carnal as straight metacognition,
our sexes matted like the primitive hardwire
of teleological automata,
arguing my provenance against
the famous world of time; priming
the nether, I knee-jerk the genuflections
of penetration, a justified machine. Grind
the gear-work, make you wonder whether,
want. I could watch you till the kingdom comes.

MATT SALYER is a Pushcart-nominated writer and assistant professor at West Point. His work has appeared in Massachusetts Review, Poetry Northwest, Narrative, The Common, Beloit Poetry Journal, New Orleans Review, Hunger Mountain, and other publications. He was a semifinalist for the Brittingham and Pollak Prizes in Poetry in 2016, and a finalist for The Iowa Review Award in 2016 and 2017. His first poetry collection, Ravage and Snare, is forthcoming in late 2017 from Pen and Anvil Press. A cultural history of the British Empire, As We Was Kings, is on contract for 2018 publication.