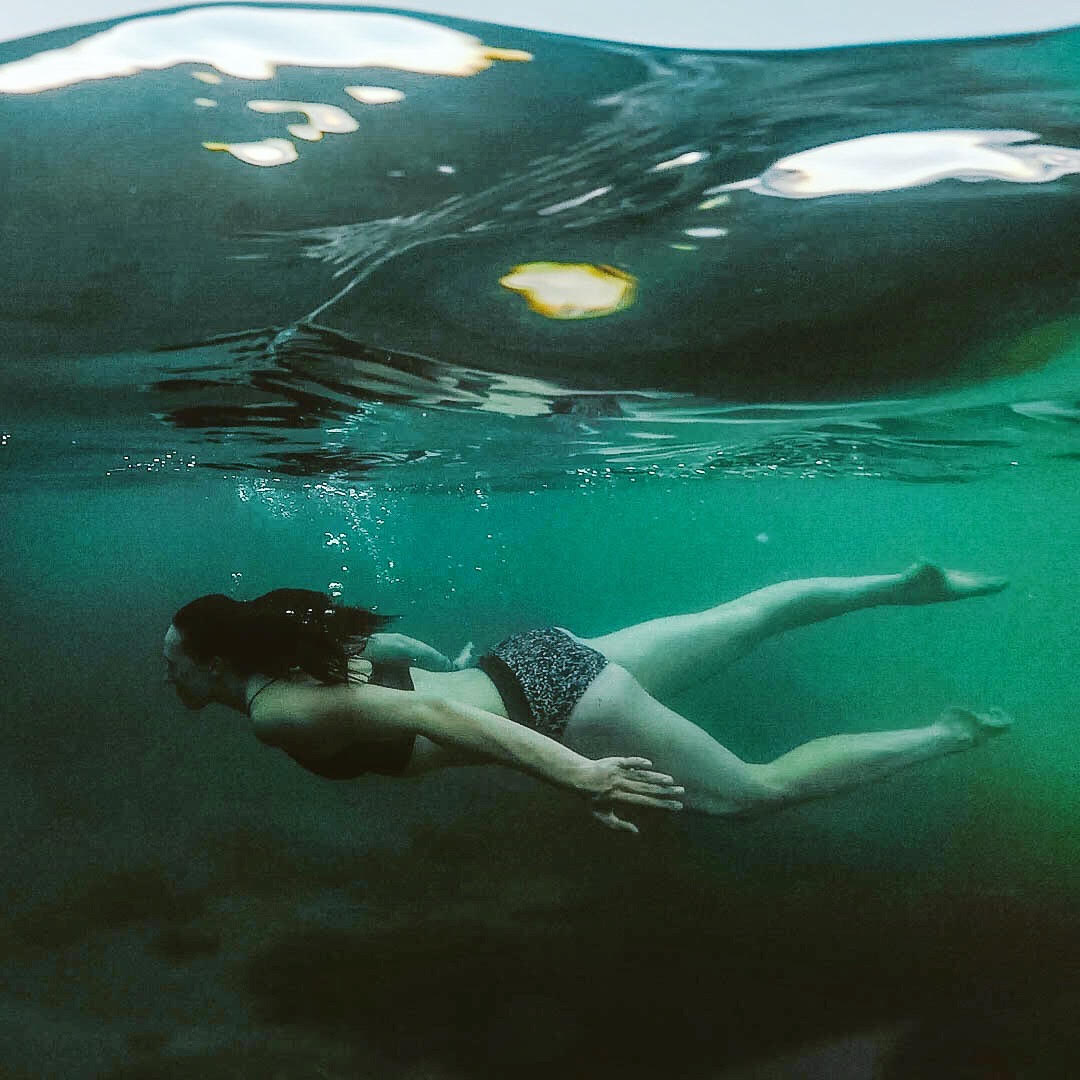 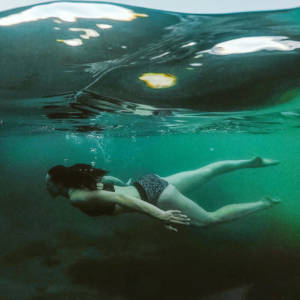 Everyone wears white here. Girls with white dogs in their arms rush towards the water. Women smear white ointments across the backs of their knees. Swimmers crouch over white caps.

Friends have gathered halfway up the beach, my father’s friends. Beside him sits a woman who was once so beautiful she was named the Rag Queen and transported on a float through the city. They crowd together under the Pohutukawa trees, the family and the extended family visiting from Europe. She waves to me. From across the sand I hear my father say “water lilies”…

Four divers emerge from the far side of the bay and remove their masks. They remind me of a film I saw in which a man wanders across the Californian desert in a wetsuit. Filmed from a distance, the man drifts through fields of red soil. When, towards the end of the film, an ambulance arrives to collect his body, the camera pans out, across the hilltops at a remove.

Yesterday the sea was thick with pulverized jellyfish. I met a five-year-old girl collecting deposits in a net. She held the net out to me so I could see the blue threads that ran through the viscous. Do they still have brains, she asked, or memories? Actually, she didn’t say “memories.” What she said was “feelings.”

I walked along the margin of the tide, thinking about a photograph I’d seen of a girl waist-deep in a dumpster filled with fortune cookies. I hadn’t recognized her at first but then realized I knew her, or had known her when she’d been unhappy, or less happy, than she was now.

But again that could be a feeling (memory).

I’m aware of the waves all night, receding, then rushing towards me. I dream about a friend I have given up thinking about. He’s wearing a white suit, about to be married, trying to convey an important message to me, a set of instructions, but his voice is drowned out by waves.

Which is the sound of the sea turning over in its sleep.

If the sea sleeps.

In the morning the jellyfish bloom has dissipated. Little girls drag their dogs into the water. Little boys stand in the surf with foam capped bellies, shouting out “stingray.”

Further up the beach a woman in a deck chair watches from the shadow of a tractor used to pull boats out of the sea. The water, she says, is cold for this time of year. Cold! Cold! The children repeat. She doesn’t move except to flick the sand off her toes.

The masters used to paint their subjects green before applying flesh tones, my father, who is a painter, tells me. This was to add depth to a flat surface. The green, perceivable through the flesh, is the same pigment, I imagine, as the seabed.

The book I’m reading tells me of a psychologist who judges the happiness level of animals. Dogs rate high on the happiness index. (List does not include sea snails or jellyfish.)

Does the animal express joy and interest, the psychologist asks. Is the animal depressed, lonely, anxious, bored or afraid? Can the animal’s bed be moved closer to the family’s activities?

The cure for unhappiness, the psychologist says, is in the nonhuman.

The ornamental carp. The pet scorpion.

Stingrays are slightly broader than the width of a human face. A face without bones. Several such faces stare up at me through the water.

The youngest child on the beach sulks in the shade. The visitors grow restless. Swimmers peel off their wetsuits and complain of hunger.

NOTE: This piece is excerpted from Sea Burial Laws According to Country, a chapbook released in November 2018 by Desert Pets Press.

Kasia van Schaik is a South African born, Montreal-based writer and doctoral student at McGill University. Her writing has appeared in Electric Literature, The Los Angeles Review of Books, Prism International, The Rumpus, This Magazine, The Best Canadian Poetry Anthology, and elsewhere. Kasia is the fiction editor of carte blanche, the Quebec Writers’ Federation’s literary journal, and she teaches Creative Writing in McGill’s Continuing Studies Department. Her chapbook, Sea Burial Laws According to Country, is out with Desert Pets Press this fall. Find Kasia at www.kasiajuno.weebly.com or on twitter at @kasiajuno