Please join us in welcoming back contributor DAVID LEHMAN. This is the title poem of his new collection, The Morning Line.

You can pick horses on the basis of their names
and gloat when Justify wins racing’s Triple Crown
or when, in 1975, crowd favorite Ruffian, “queen
of the century,” goes undefeated until she breaks down
in a match race with Derby winner Foolish Pleasure.
Who could root against Ruffian?
Did patriotic Englishmen cheer
when Sir Winston won the Belmont last year?

I rejoiced when Monarchos, a ten to one bet, became
the second horse ever to break the two-minute mark
at the Kentucky Derby. Why did I pick it? I liked the name.
Those two minutes in May 2001 and the giddy hours after
now seem a little like a garden party in England in July 1914
as the nineteenth century approached the finish line
and collapsed.

Today you might buy 50 shares of Qualcom at 78.11,
or 500 shares of Sirius at 5.15,
because you like the sound of their names,
and you may make these trades even without knowing
a thing about what the companies produce or do.
As luck would have it, under current market conditions,
a portfolio consisting of these two stocks plus Alphabet,
Amazon, and Apple would satisfy our poetry criterion
and stand a decent chance of outperforming the market,
as would a portfolio consisting of attractive stock symbols
like ACES, CAT, KO, NICE, QQQ, SPY, TAN, and TOKE.

“Under current market conditions.” There’s the rub.
If current, market, and conditions are variables,
chance determines the outcome, as in abstract art.
There will be an epidemic, an earthquake, a hurricane;
these will take place, but you can’t say where or when,
and the same goes for a cyber-attack crippling the electric grid,
a terrorist outrage in a tunnel or bridge, the meltdown
of a nuclear power plant, or even a rebellion of angry birds
menacing the human population of a northern California town.
What if the stars should take a powder? Can’t happen?
You never know. “If the Sun and Moon should ever doubt,
they’d immediately go out,” wrote William Blake.
The if is even more important than the doubt.
If you can conceive it, it can be done. Scoff all you like.
If history has taught us anything, it’s that you can kill anyone,
and Ladbroke’s of London will lay the odds.

Acts of God (if you’re a traditionalist)
or black swan events (if you’re a secular humanist)
cannot be predicted. The blather of experts
will do you little good, because
the unknowns are in flux, and the gulf
is sometimes wide between the odds
set by the handicapper for the morning line
and the betting public at the track
when the horses reach the starting gate.

Nevertheless, though playing the ponies has declined
as a pastime, though market crashes
have spooked retail investors, and though
everyone knows the odds are stacked
in favor of the house, people will continue to bet,
and bet big, on races and contests, cards and dice,
games and turns of the wheel, stocks and bonds,
options, rates of exchange, orange juice futures,
elections, murders per capita, jobless claims ,
the number of crates of disinfecting wipes
Clorox has shipped since March 15, 2020
or the number of current ad campaigns
in which part of the pitch is “we’re in this together.”

At the moment I have a side bet on “never bet
against America,” a phrase that has caught on
since Warren Buffett used it at Berkshire Hathaway’s
virtual annual meeting. The phrase frames the crisis
of the day  as a wager about who will prevail when
Affirmed and Alydar go head to head for a fourth showdown
or when the Celtics of Larry Bird square off one more time
against the Lakers of Magic Johnson.

The Derby and Preakness won’t be run until the fall this year,
and they won’t be playing the NBA finals in June.
People will miss the games, but they will bet on much else
with cash, or play money, or just in that realm
of the imagination that prefigures the things we do.

Gambling is a natural human instinct, because life
is a gamble in which you will lose your shirt
or draw a third ace to fill a full house
on days equally rare. “Life,” Baudelaire wrote,
“has but one true charm: the charm
of gambling.” All beliefs are bets,
though a bet is not necessarily a gamble.
If the lockdown goes into a third month,
and we get a heat wave, and beaches are closed,
and there’s no sports betting, it’s a safe bet
there will be rioting in the cities
and a big spike in day trading. You can also bet
on the persistence of prejudice, political bickering,
fakery, hypocrisy, bureaucracy, and the power of the lie,
but no one will take the bet, and it’s not a gamble.
You need a degree of recklessness to be a gambler.

Religion is risky, a big gamble,
though not in the way Pascal proposed
and Voltaire refuted. Pascal’s wager is not,
as he tries to sell it, a real gamble.
He would subject a belief in God
to a cost / benefit analysis.
If you bet on God and God exists you win;
if you bet against and you lose, you lose big.
The argument is seductive, but the proposition
has lost all conviction. The risk has been drained from it.
If only self-interest could furnish the grounds for belief!
You might also say that the ends (divinity) stand
in diametric opposition to the means (logic)
in Pascal’s equation, which remains, despite
its flaws, a fascinating subject of contemplation,
like the bust of Homer in Aristotle’s hands.

“God is a scandal – a scandal which pays,”
Baudelaire wrote in his “squibs” (trans. Christopher Isherwood).
“God is the sole being who has no need to exist in order to reign.”
Gambling requires faith, not assurance or certitude
but something finer, rarer: faith, a near rhyme
of truth and death that sounds like fate,
which is how Willem de Kooning pronounced the word.
And what is faith but the opposite of doubt – a force
to press back against the dismal news of the day,
the doubt that arises in the mind of the prophet
beholding the wickedness of the people?

Religion requires risk, like the risk you feel
when you are so deeply involved with another person
that you cannot imagine living your life without her.
The inevitability of loss, a much-misunderstood aspect
of gambling, is not a deterrent but an attraction.

A compulsive gambler’s habit is as hard to break
as smoking or drinking, maybe harder. The gambler
believes in the god of chance, which is the wrong god
to believe in. Gamblers act on superstition just as athletes do:
wear a shirt with red in it every Sunday; on a winning streak,
use the same bat, do not shave, eat the same breakfast
every day; change your stance in a slump, though you know
nothing will help in a slump. Skillful poker players
put a game face on a nasty turn of events,
but they do that when the cards favor them, too.

Skill or luck: “People think mastering the skill
is the hard part, but they’re wrong. The trick to poker
is mastering the luck” (James McManus).

To the writer, all is raw material, bad luck or good.
A novelist friend developed a system of winning at roulette,
but it did him more good as the backdrop for a story
than in practice in Monte Carlo.

The philosophical gambler takes the path
of the melancholy pickpocket in a 1950s French movie.
To him, if I may speak of myself this way, luck is a muse,
and Frank Loesser’s song “Luck, Be a Lady”
communicates the risk taker’s situation. The phrases
he likes have two or even three separate meanings, which
he must conjoin, so that Stendhal’s The Red and the Black
is read in the context of the red and black boxes
on a roulette-wheel carpet – or the red and black squares
of the chess board in a match pitting the Russian grandmaster
against the American upstart – and the morning line signifies
not only the bookmaker’s calculations, but also
a verse to speak when the bell tolls for thee.

David Lehman‘s recent books are One Hundred Autobiographies: A Memoir (Cornell University Press, 2019) and Playlist: A Poem (Pittsburgh). He is the editor of The Oxford Book of American Poetry and series editor of The Best American Poetry. He has written nonfiction books about the New York School of poets, classic American popular songs, Frank Sinatra, and mystery novels, among other subjects.

We are happy to welcome DAVID LEHMAN back to our pages.

The Complete History of the Boy

1.
The baby giggled in his crib.
His father walked in. “Why are you laughing?”
“Because,” the baby said, “we all have our joy.”
It was his first sentence.

When the baby had his own bed,
he said children are luckier than grownups
because they get to sleep in their own bed
while grownups have to share.

At four he was asked what he wanted
to be when he grew up. “Santa Claus,” he said.

That was Thanksgiving. By January he thought better of it.
“I never want to be a grown-up because
that would be the end of me.”

It was the age of the aphorism:
“Candles are statues that burn for the ceremony.”
“Saliva is the maid of your mouth.” (It cleanses it.)

This month we’re pleased to bring you selections from Playlist, David Lehman’s new book-length poem forthcoming from University of Pittsburgh Press in April. 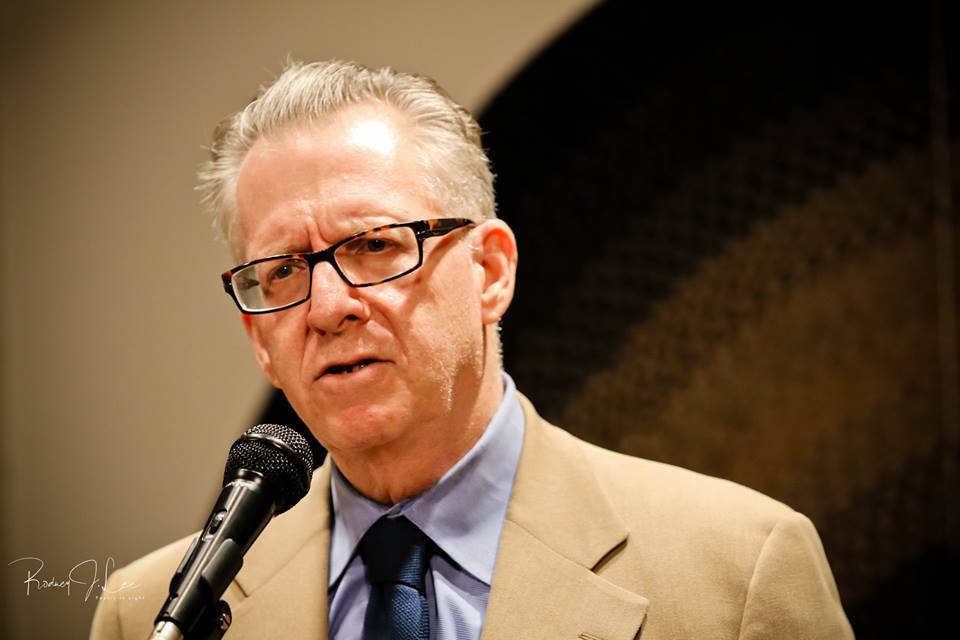 [in memory of Paul Violi]

In this my thirtieth year,
Drunk and no stranger to disgrace,
I grin like a fool from ear to ear
Despite the trickle of tears on my face,
Clown that I am, condemned
By Thibauld d’Assole’s command,
Threatened and even damned
By the faker with the crozier in his hand. 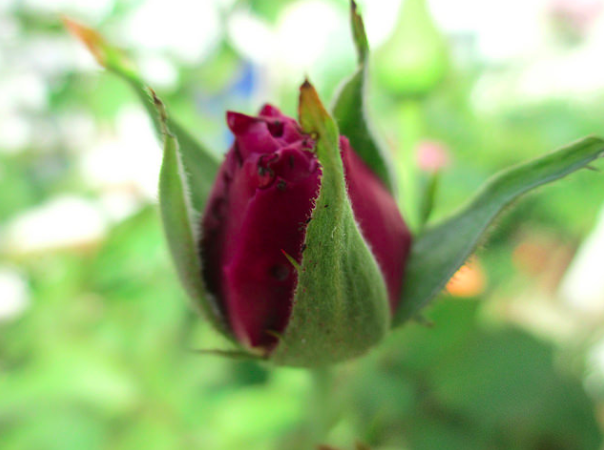 Gather ye rosebuds come what may,

And many lovers that link today

May soon be forced to retire.

Soul unlinking from its mate in the past

To eat the golden apples of the sun.

Youth fondly supposes it will last.

New Work for the New Year

This month we welcome Cassandra Cleghorn to our pages, presenting poems included in her first book, Four Weathercocks, which will be published by Marick Press in March. We’re also happy to be welcoming back TC contributors David Lehman, Jonathan Moody, and Sylvie Durbec. Lehman’s new book is Sinatra’s Century: One Hundred Notes on the Man and His World. Jonathan Moody won the Cave Canem Northwestern University Press Prize for his collection Olympic Butter Gold, published in November 2015. The book includes five poems first published in The Common. Jean Follain Prize-winner Sylvie Durbec’s poem “Shining Red in the Torrent” is offered here in its entirety, translated by Denis Hirson. An excerpt from the poem was published in The Common Issue 10. 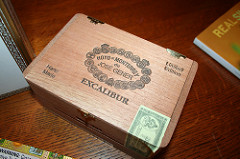 In 1988, I went into the unisex bathroom and read the graffiti. A
graffito from 1980 had been erased: “Support your local philosopher.
Buy a jockstrap.”

The drill instructor was not in a good mood. He had had a mi-
graine all weekend. The weather sucked. He hated sports and there
were going to be no pleasantries about the Yanks, the Mets, the
Knicks, the Nets, or any other team. He knew as I knew that every-
thing depended on one thing: the book. You went by the book. Fol-
low orders and stay out of trouble. 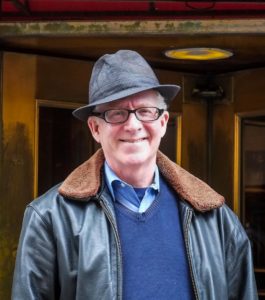 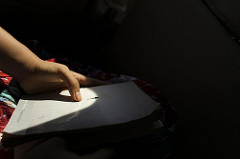