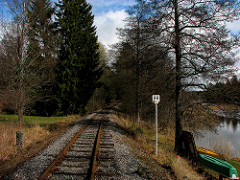 Søren sat on his stoop rasping his hands together, listening to his sister Elsa shouting inside the house. She had been coming home late, and Søren’s father was finally speaking up. Lukas Clemens’s Mustang—a rebuilt black muscle car whose engine Lukas had somehow replaced with a stock-car Hemi—stood idling in the driveway, its headlights casting long shadows behind the tilted stakes of their mother’s abandoned garden. Søren thought he could hear Lukas and Elsa laughing. Just as he’d decided he should go in and help, the door swung open, and the two of them barged out. Lukas patted Søren on the head and said, “Later, buddy.” Elsa pinched his ear and twisted it, then ran through the snow saying, “Don’t wait up!” The Mustang roared and carried her away.