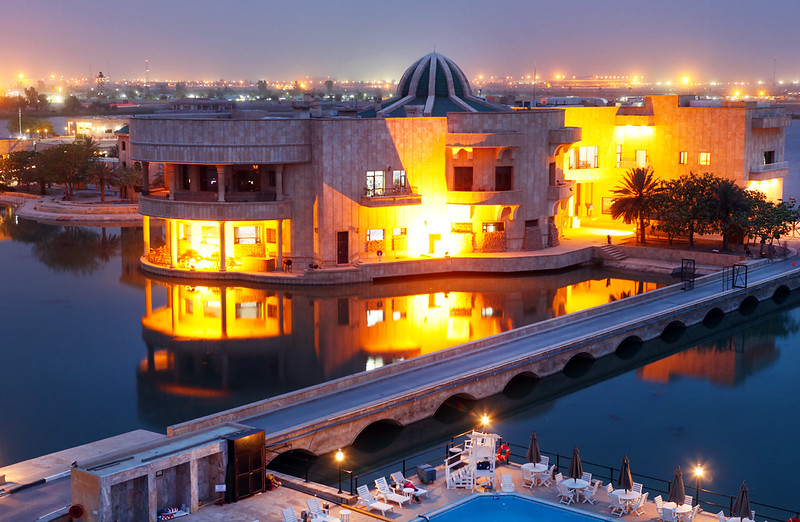 In the early morning, when pink Oklahoma dawn crept over the sturdy single-family bungalows and strip malls, Abu Khaled al Shimeri wrapped his left arm around the taut belly of his pregnant wife, Fatima, and had a troubled dream.

A dimly lit maze of unpaved streets ended in front of a tall limestone wall. The sky above the wall was luminescent blue, but no sunshine reached the crepuscular base where he was standing barefoot. Behind the wall were the sacred streets of al Quds. Abu Khaled knew that the gilded dome of al Aqsa Mosque was only a few hundred paces away. He could hear a busy market on the other side, peddlers hawking live chickens and honey, women bargaining over the price of lamb. But no matter how hard he looked, he could not see a gate, not even a crack in the wall through which he could squeeze his wilting, middle-aged body.

“God!” he pleaded. “Please let me into the blessed city!” 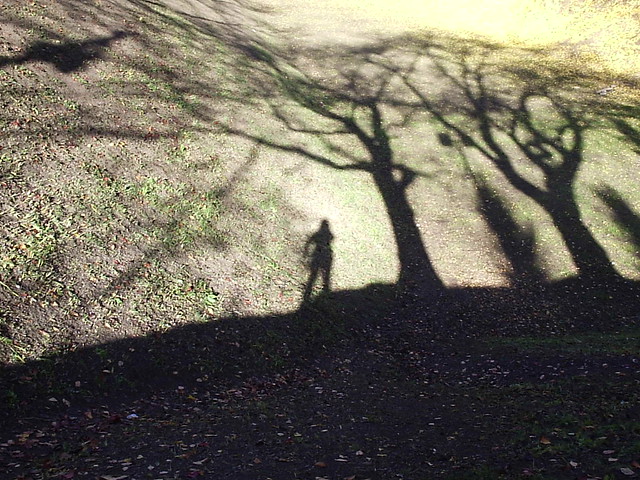 “A Shadow” by NERMEEN AL MUFTI

Poems appear in both English and Arabic. 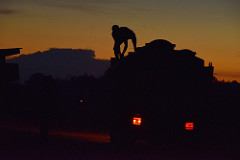 “Wait here. We’ll get in touch with you later. Don’t go beyond the confines of the village.”

The village seemed to have been abandoned, although there were still goats roaming here and there. I didn’t know how long I would have to wait. To pass the time I wandered in and out of the abandoned houses. I felt tired, but I wasn’t sure whether sleeping had a place in my new life. I went up on the roof of one of the houses and looked out over the neighborhood. The smoke of battle was rising from the nearby towns, and two military helicopters were skimming along the horizon. Fields of cotton surrounded the village on all sides. I had never before had a chance to see cotton flowers. Or maybe I’d seen them in documentaries and other films; I don’t exactly remember. I had spent my life working in a bakery, then as a taxi driver, and finally as a prison guard. When the revolution broke out, I joined the resistance. I fought to my last breath. The cotton flowers looked like snowflakes, but they would have had to be artificial or else the fierce rays of the sun would have melted them all. 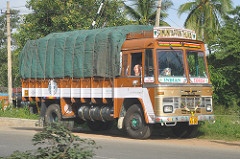 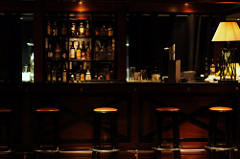 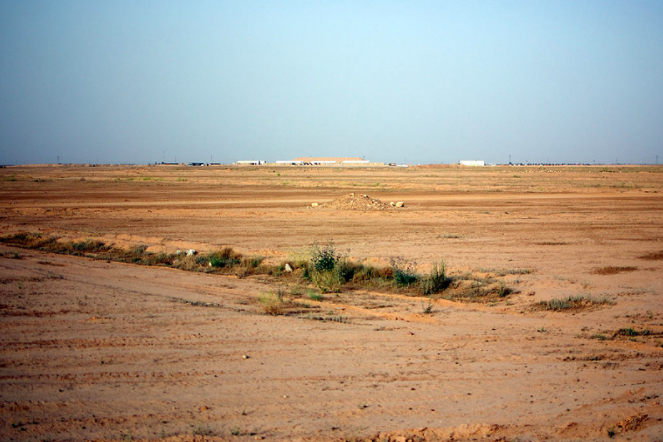 “Yes, ma’am,” I answered, clicking my turret around. The truck swung wide right. On the side of the road, the debris was nothing more than a pile of rocks and broken up concrete. Two years earlier, two hundred miles away, that might have warranted a bit of anxiety. The headphones pressed to my ears were silent as the convoy waited for an answer. I flipped the switch down to announce my verdict. “Clear, left.”