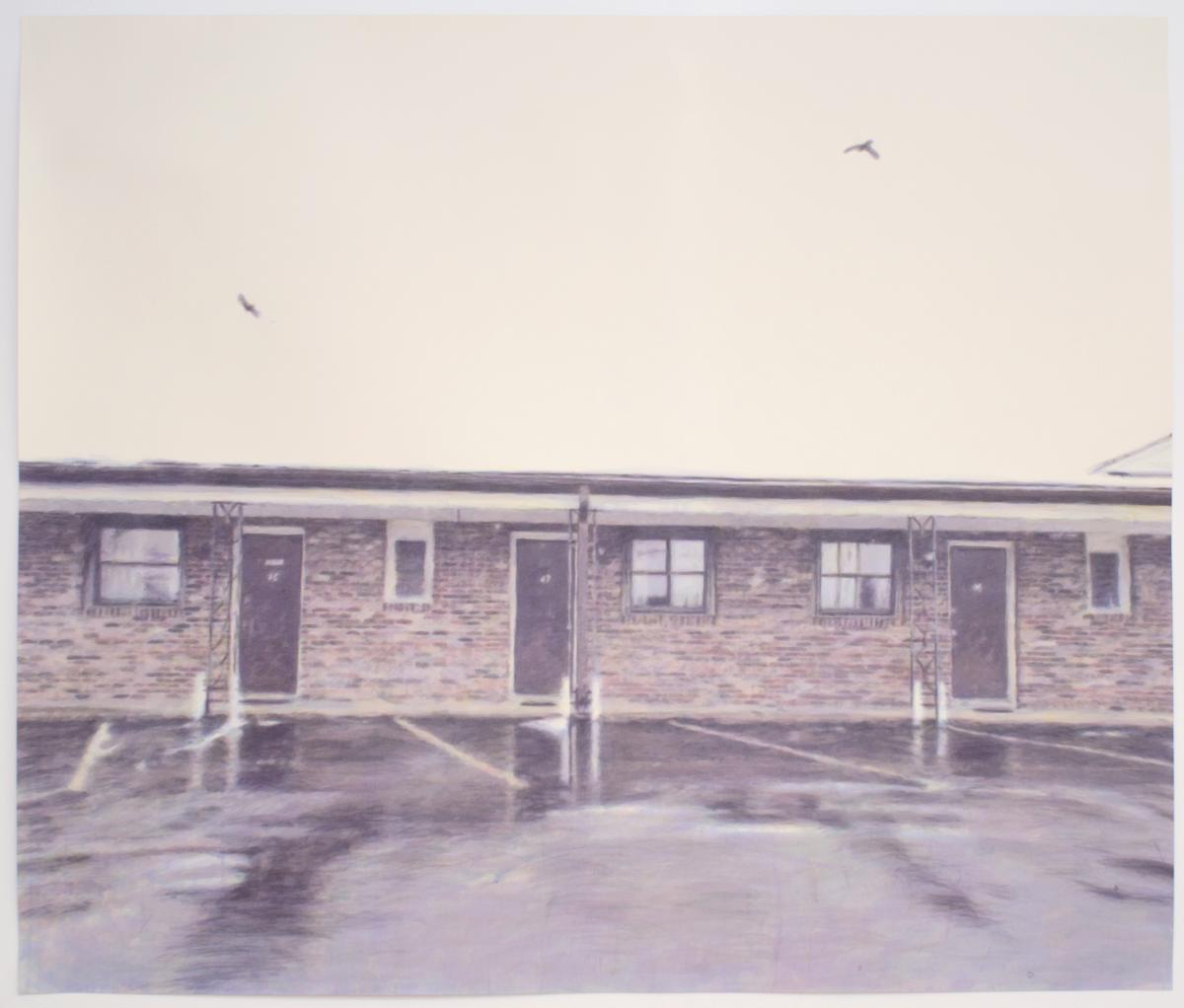 In reference to photography, Roland Barthes wrote that its unique position among art was that it referred directly to something “that has been.” Erik Hougen’s paintings hint at that premise; they offer places both familiar and alien, which forces the part of our brain that codifies and organizes images to guess where and when. This dialogue, or rather confusion, between viewer and image is exactly what the artist is working towards. Hougen invites us to a location and time that may not exist. The mind attempts to classify the exact place, but ends up submitting to a notion of place. 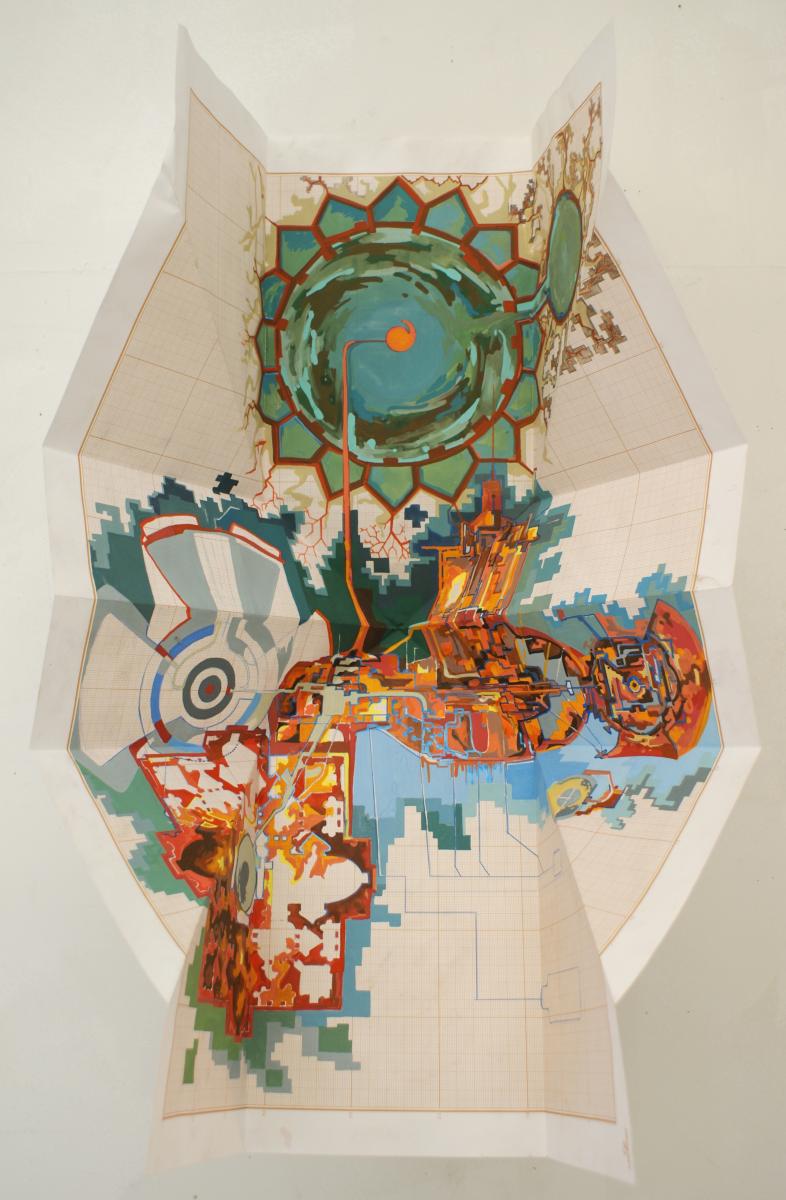 Our relationship with maps has changed drastically in the last ten years, from the pinpoint ease of Google Maps to global positioning systems rendering us a blinking blue beacon on a grid of streets. Rarely are we explorers in the completed cartography of our planet. Visual artist Martha Willette Lewis has given us new, unreal spaces to explore by combining diagrammatic drawings, biological systems, and topographical forms. These spaces manifest as works on paper that are often folded, crumpled, or bisected. Lewis takes visual cues from systems that are usually not in contact and, in doing so, creates a skewed sense of reality. Hers is a hybridized vision shared by artists and technological innovators. The paper and drawing are real, but the vision is of an impossible place. 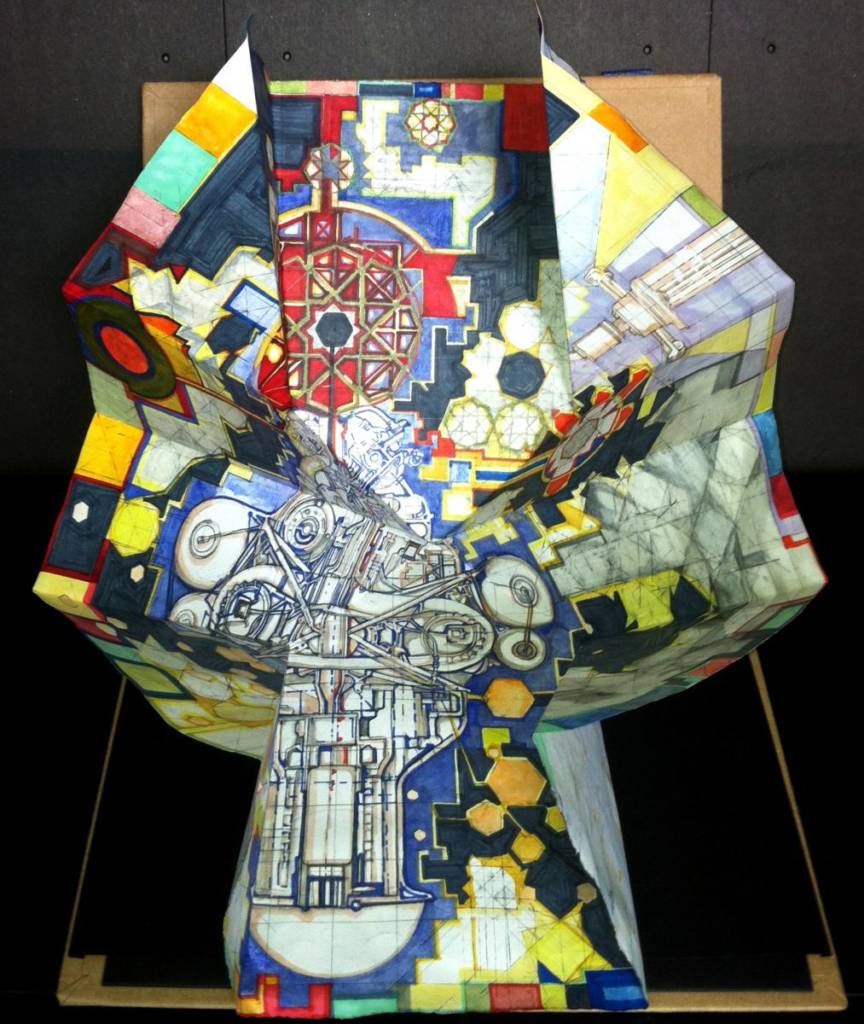 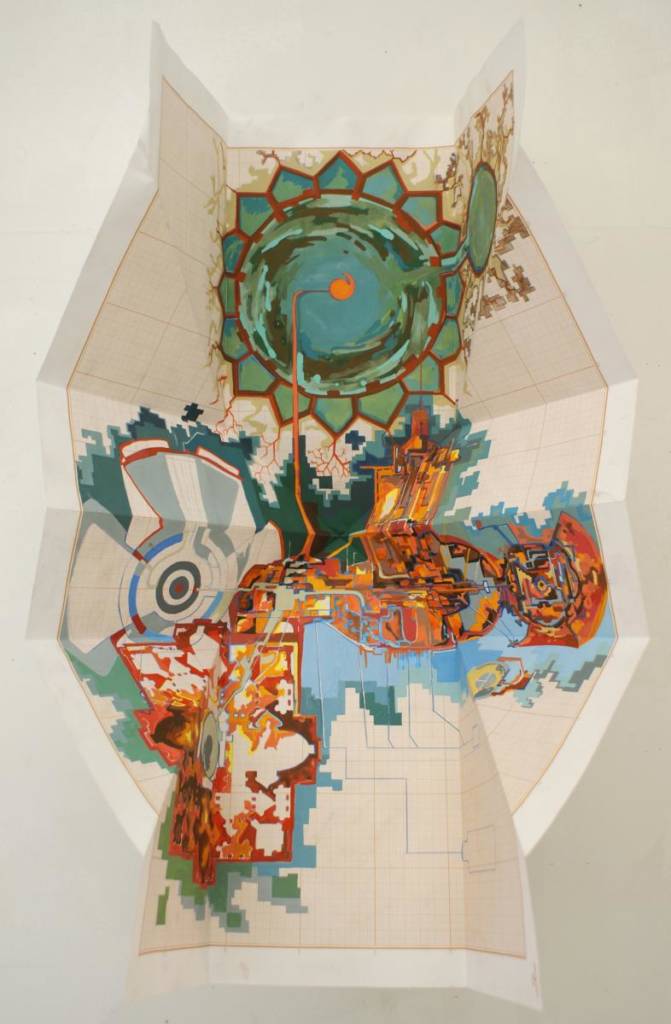 Lewis provides a constructed topography for her unreal spaces. One folded work invoking a map, “Folded Stellar Hive, 2013,” lives as a three-dimensional form. The drawing, like a common map, folds in on itself. In this work, Lewis builds a place for us out of things we recognize, but she creates an amalgam well beyond our possible range of experiences. Filled with color and disorder, the piece’s patterned perimeter begins to yield to the complex forms that mesh within. The geometric forms evoking the spiritual forms of mandalas and rose windows blossom across the paper to build the structure of a hive. In “Elemental Reasoning and Limited Resources, 2013,” ancient gothic vaults and swirling pools of deep space bleed into a pixelated grid. An architect or an engineer could attempt to read this as a technical drawing, as it appears factual, and is based on facts, but the result is fiction. 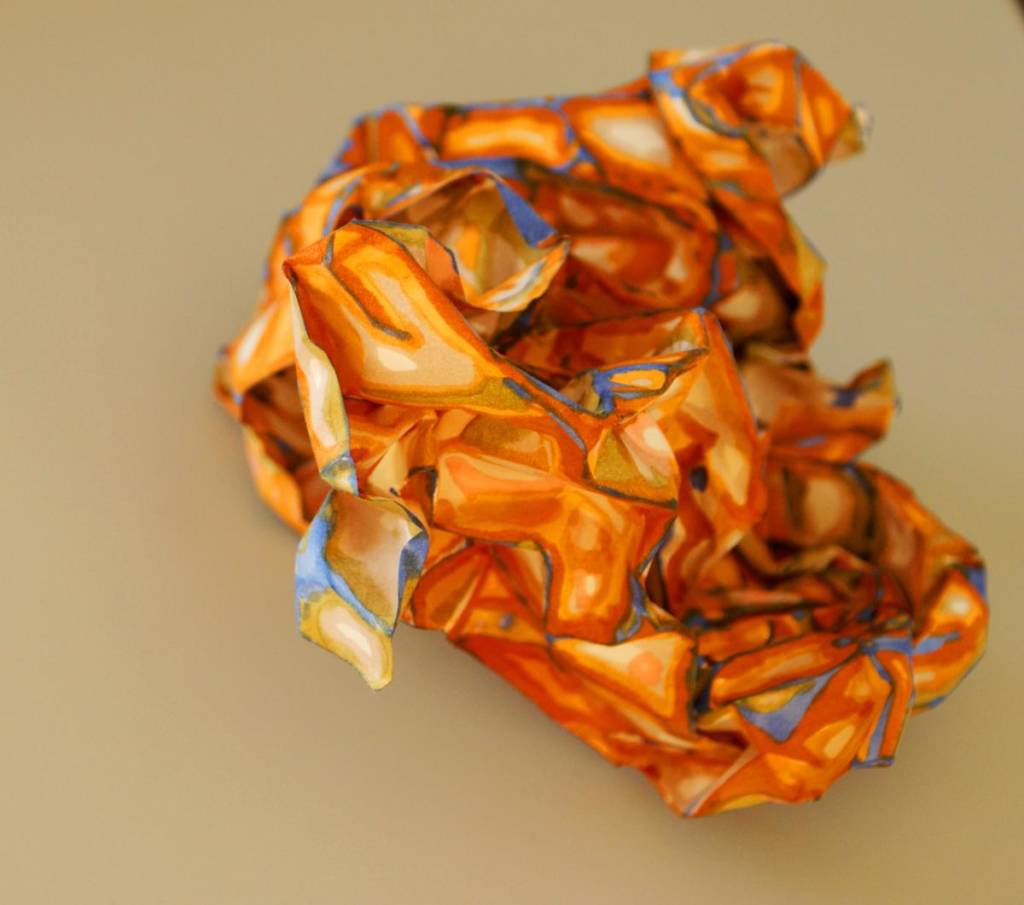 Lewis also creates topographies in painted, crumpled paper. The complexity of these crumpled forms expand imagined space by giving them dimension. Lewis embraces the paper’s weight and volume, and the work’s objectness becomes a physical presence greater than the viewer thought possible for paper alone. Lewis’s works are worlds within worlds and exist as their own tiny satellites.. In “Brane 3, 2013,” the painted crumpled paper form could be a landmass, a brain, the physical cosmology of our universe, or an abstract object. Lewis, a polyglot of various disciplines, intends it to be as all of these. 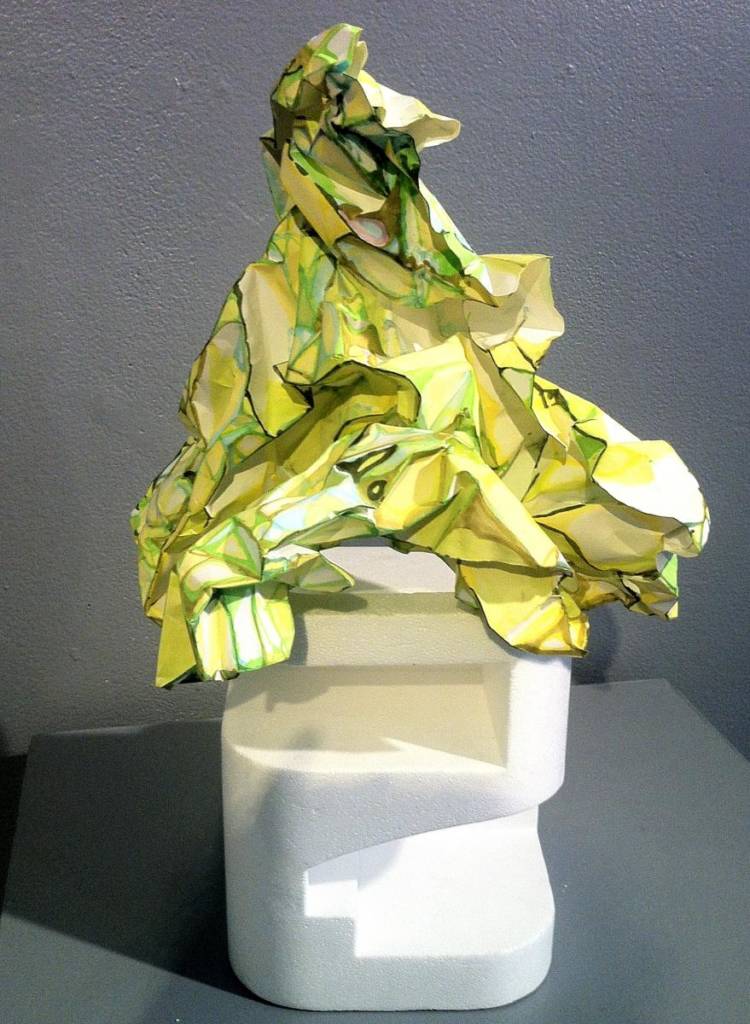 Like maps, Lewis’s works are compiled into an atlas, but one that is unreal.  Her forms evoke charts, diagrams, and maps but often comingle their unlike disciplines. Rather than direct the viewer to a known destination, this unreal atlas delves into the land of exquisite variability. 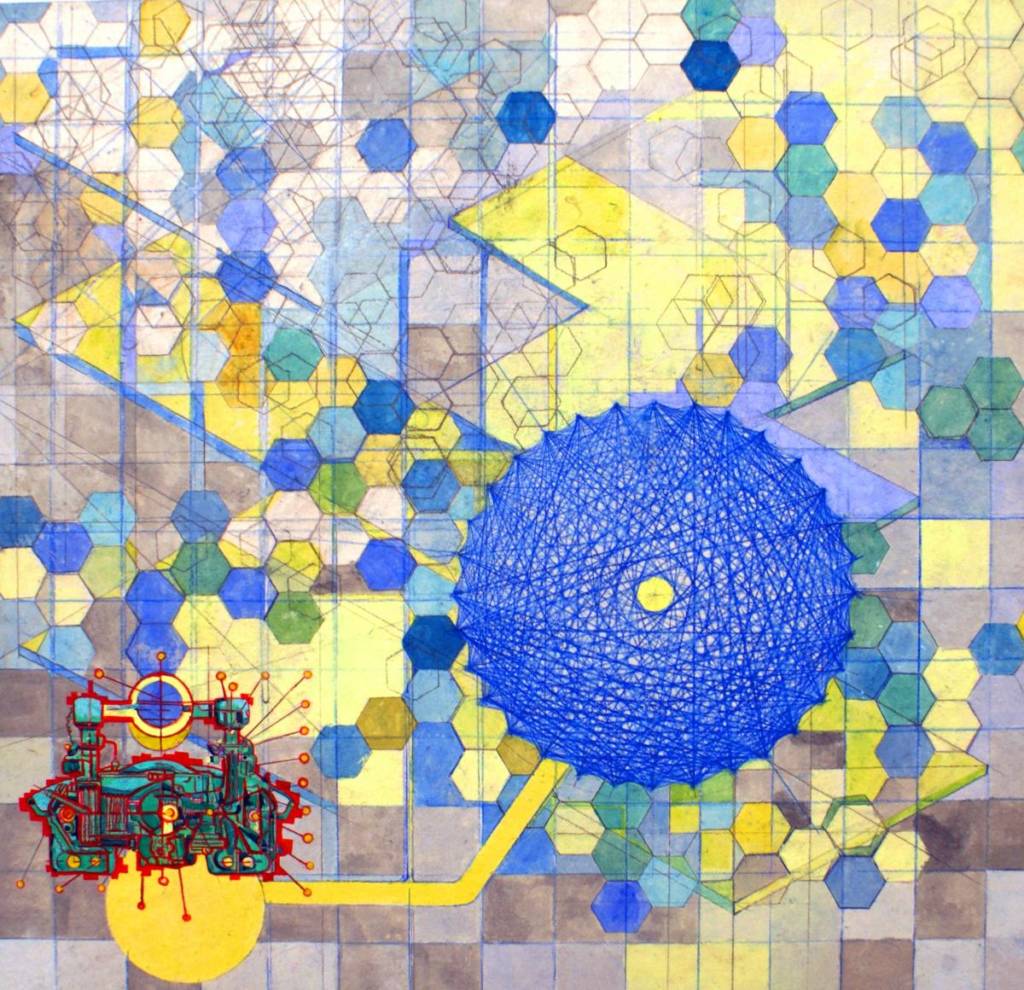 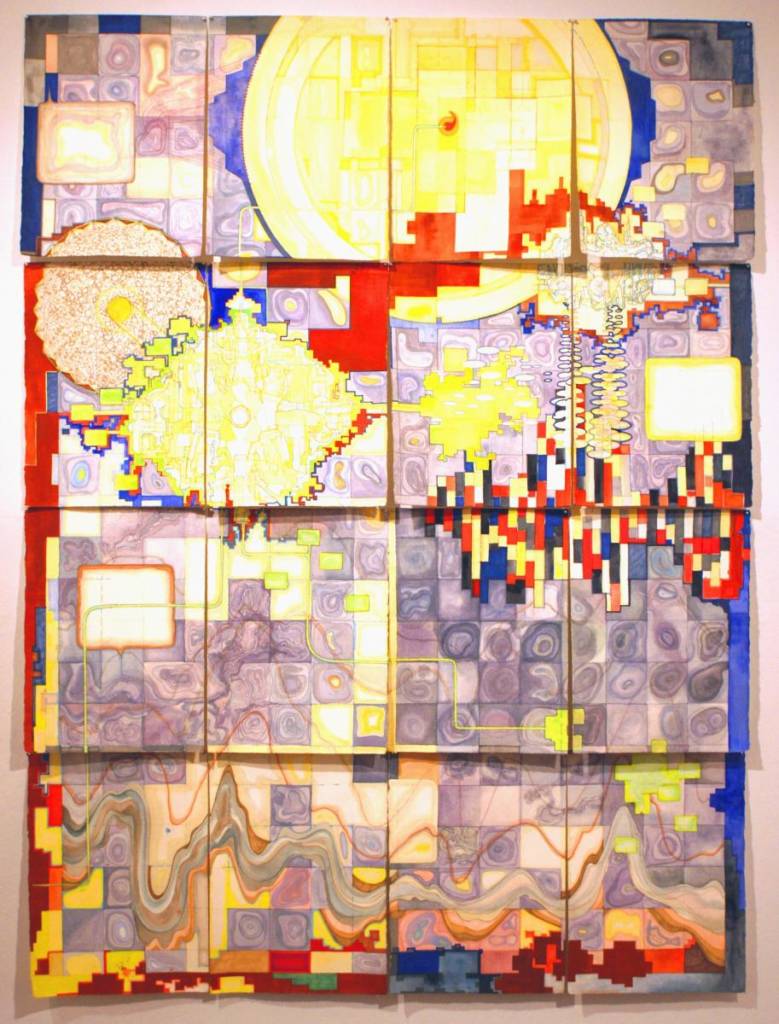 Martha Willette Lewis earned her BFA from the Cooper Union in New York, and an MFA from Yale University. Her art engages issues of science, technology, and archived human knowledge. www.marthalewis.com

Jeff Bergman is currently Associate Director at Pace Prints in Manhattan. He earned his BA from Hampshire College, where he studied art history and theory. He is the editor of a weekly art newsletter called Atlas. 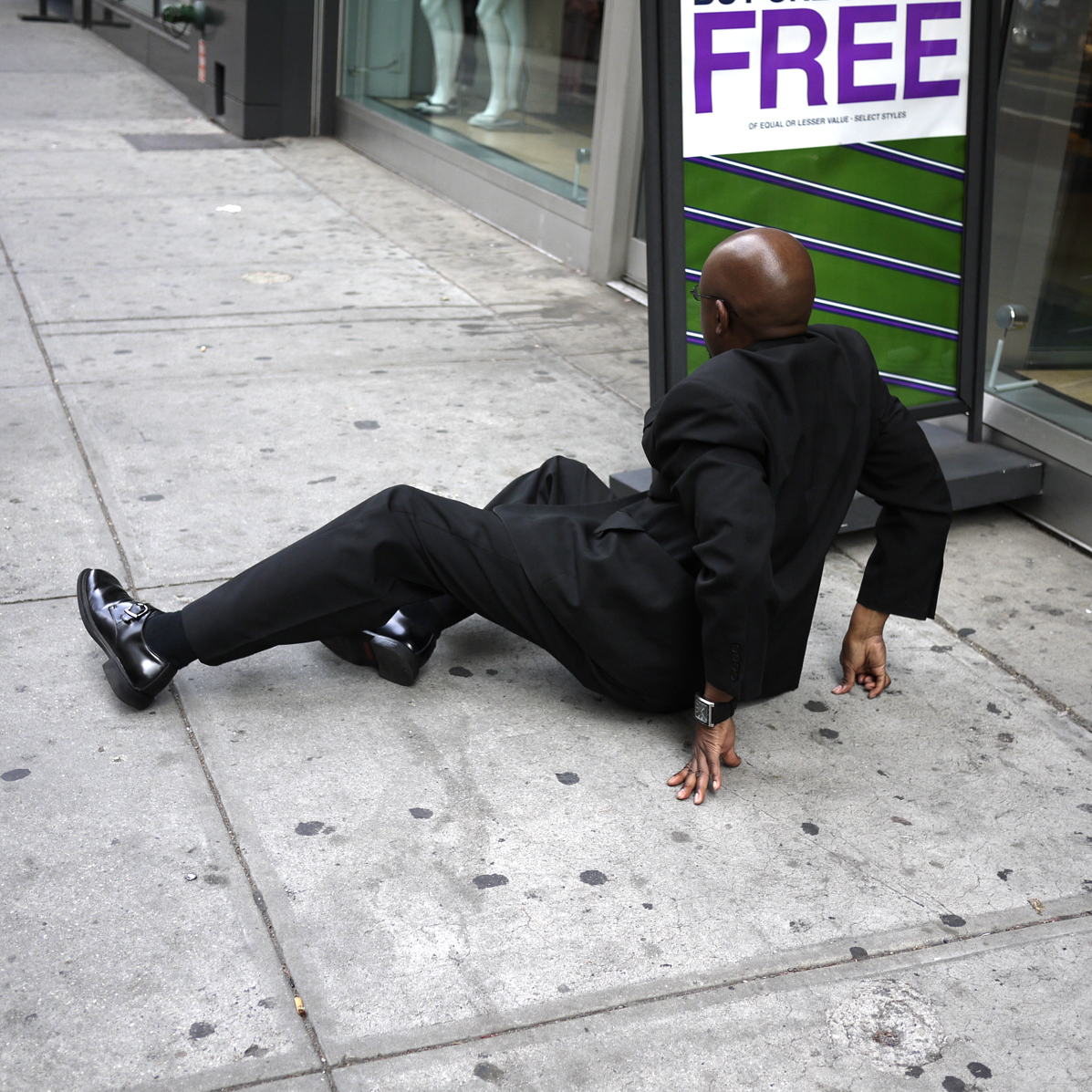 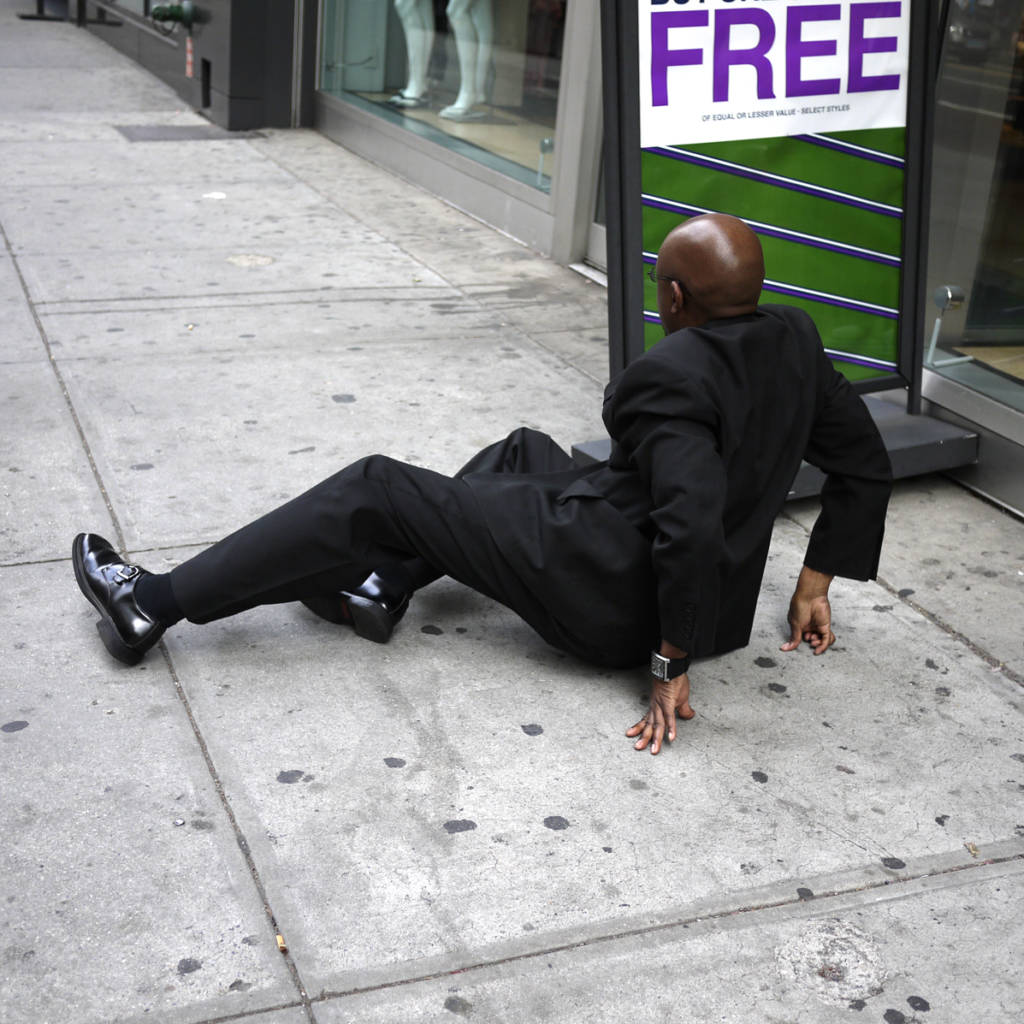 Jeremiah Dine records moments of brisk movement, still unreflective silence, and unstinting labor with equanimity. The images that sit obligingly still now are the distillation of activity by the artist and the subject. Dine uses his lens to interpret the field of view and render the whole image from minute elements linked by chance and purpose. Each fragment flattens, and what is left becomes the single instance worthy of illumination. Each image is now interpreted for viewing as RAW file. In the past, the practice of printing an image signaled a work’s finality. With Dine and many other contemporary photographers, an image’s final state can be digital—it need not be printed and exhibited. Of thousands of images and the wide range of themes that Jeremiah Dine records, certainly not all could be reviewed in one exhibition. These images were chosen because they exemplify a single moment of candid street photography. 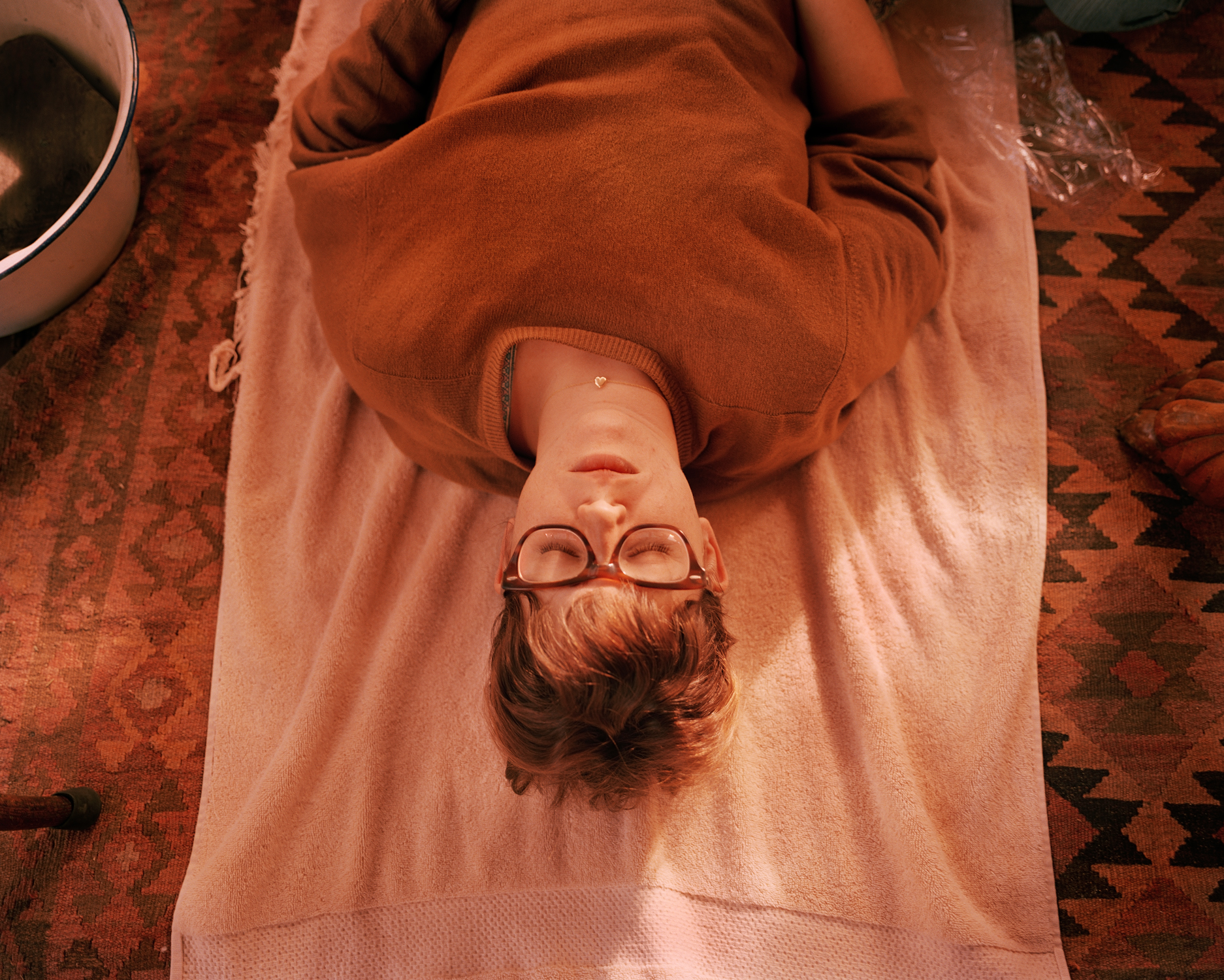 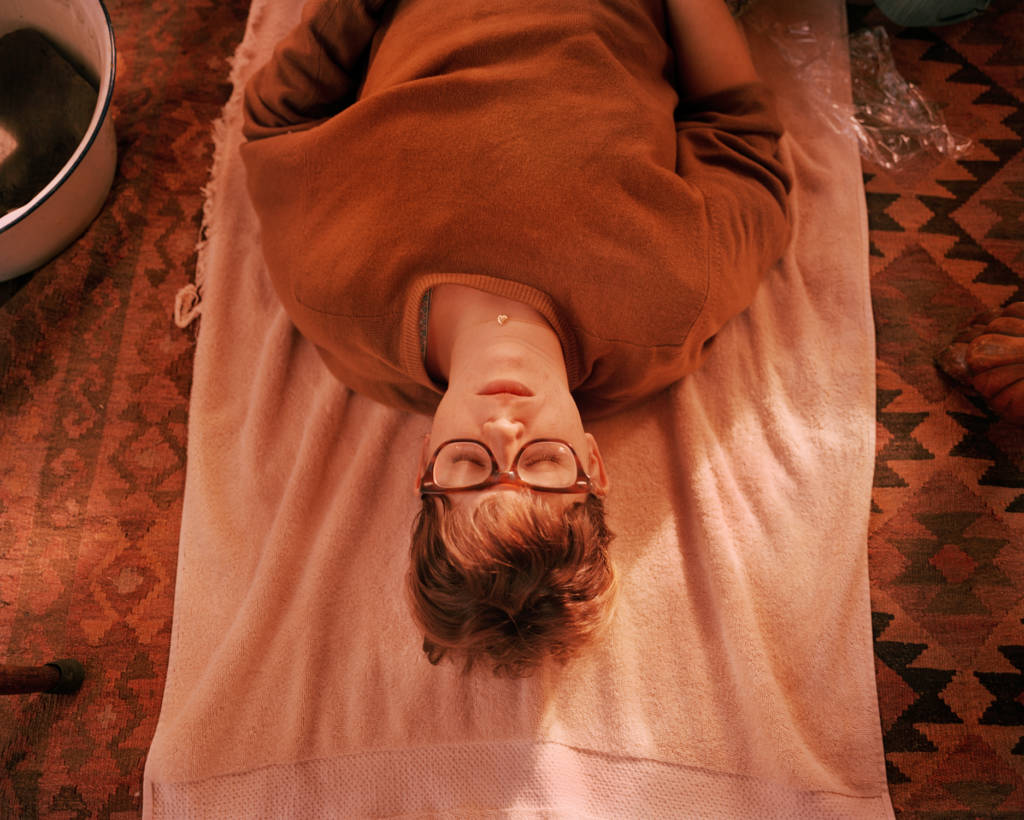 In every family, traditional portraits are hung up or carried around: cousins arrayed before a monument, parents holding their grandchildren, long-gone ancestors smiling from a black and white beyond. Though we cherish their aura, the faces and places remain static.

The Photographs of Rachel Barrett01.18.2013
Read more...
Get Our Newsletter