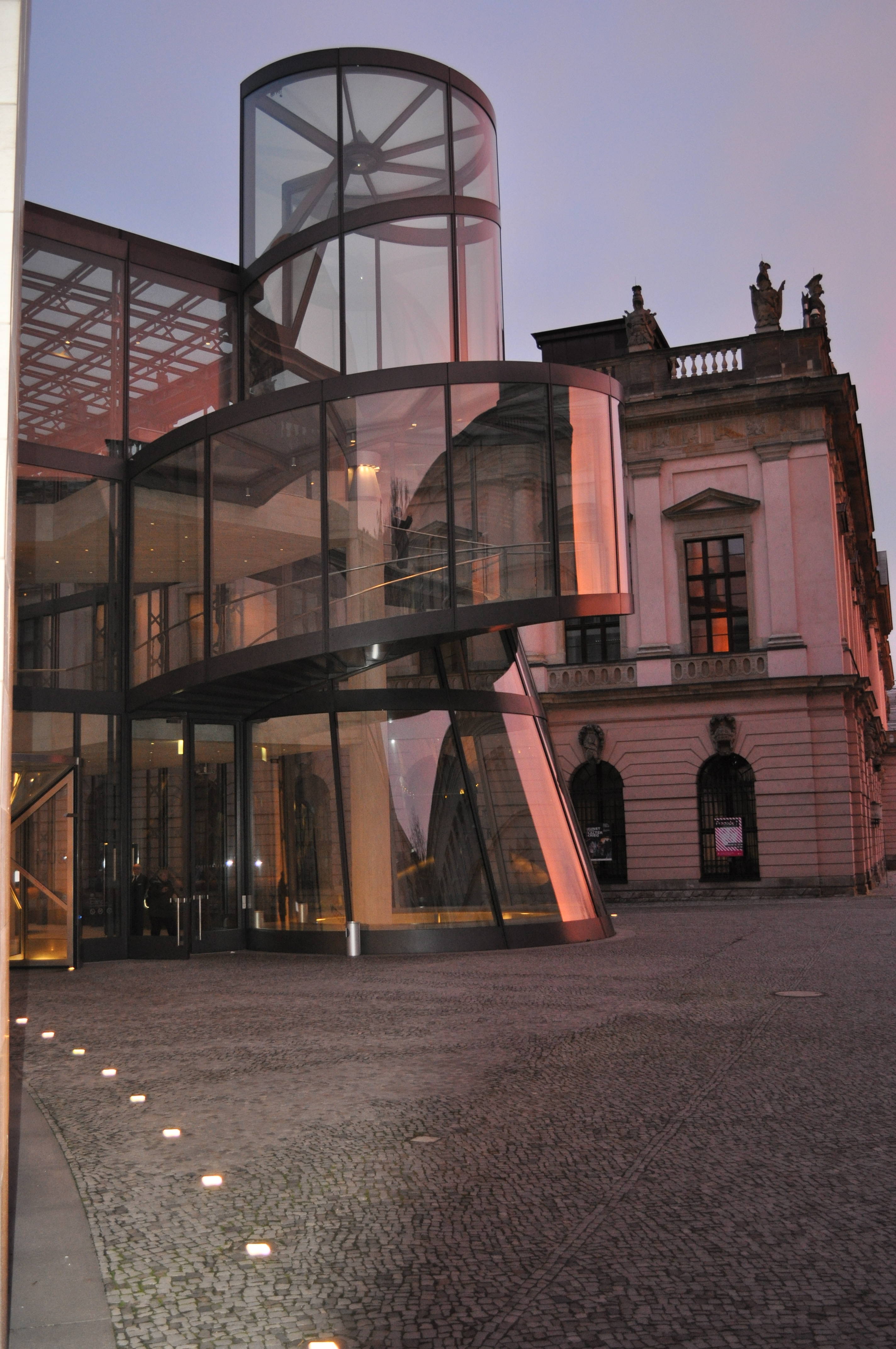 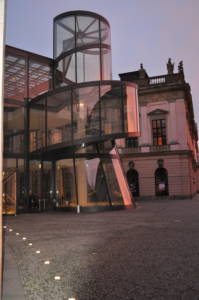 Hopefully it’s psychological, this sense of the abyss. It lingers in the periphery, larger, more terrible, more urgent than you can comprehend.

Upon seeing the globe, you also perceive Charlie Chaplin and his inflatable version from The Great Dictator. Despite the indirect cultural memory, there are no known photos of Hitler coveting this globe, studying the Western hemisphere like Nosferatu studies a neck.

The most notable feature of the globe, beyond its size, is its disfigurement. Germany (along with a broad stretch of Western Europe) has been wiped off the map, quite literally. The plaque incriminates a “blunt object,” but in observing the wound, you discern a rising sound of a low, pounding intensity: the clamor of voices, the stomping of boots. The Soviets are breaking down the door, and there is a palpable urge to join them, to scrape the skin of this object with a bayonet, to batter it, to inflict torment on what it stands for. The deepest gouge is in northwest Germany, near Bremen, but whatever the instrument, it cannot not quite puncture the surface. Someone has a better idea. He draws his weapon from its holster. Gunmetal brushes cured leather. The other soldiers step back, fearing ricochet. The bullet rips straight through Vienna, leaving a clean and perfectly round perforation. Perhaps the shooter intends his coup de grâce for Berlin, but geographical accuracy is difficult to gauge with the globe’s skin peeled back. To him, it is the gesture that matters, not the specifics.

You can sympathize with this feeling, this desire to hobble the murderers and their powerful symbols. It is unlikely that, in this moment, they were thinking of The Great Dictator.

All of this comes at once, the disgust, the anger, the icy pall. You recall Walter Benjamin, the great thinker, a German Jew. You’re seeing from the vantage point of his “angel of history,” witness to a million-billion car pileup, who hears the past playing out on a radio tuned at once to every channel. In this globe, you see past, present, and future as a singularity, a storm of progress, wreckage piled atop wreckage.

Benjamin himself took his life, in captivity. His plans to flee Europe were derailed in Fascist Spain. His brother died at Mauthausen-Gusen, an Austrian camp just west of the bullet hole. If you’d like, you can see the desk across which those fates were sealed. It’s right over there, about forty meters back.

The museum is little more than a kilometer from Reichstag, the Reich Chancellery, and the Führerbunker, the latter of which has been paved over into a parking lot. You wander westward, along the Tiergarten, searching for re-entry. A smooth transition from purgatory to a beer garden is delicate procedure. I’m not even sure it’s possible.

Sean Gill is a writer and filmmaker who won the 2016 Sonora Review Fiction Prize, the 2017 River Styx Micro-Fiction Contest, and The Cincinnati Review‘s 2018 Robert and Adele Schiff Award in Prose. Other recent work has been published or is forthcoming in The Iowa Review, McSweeney’s, and ZYZZYVA.