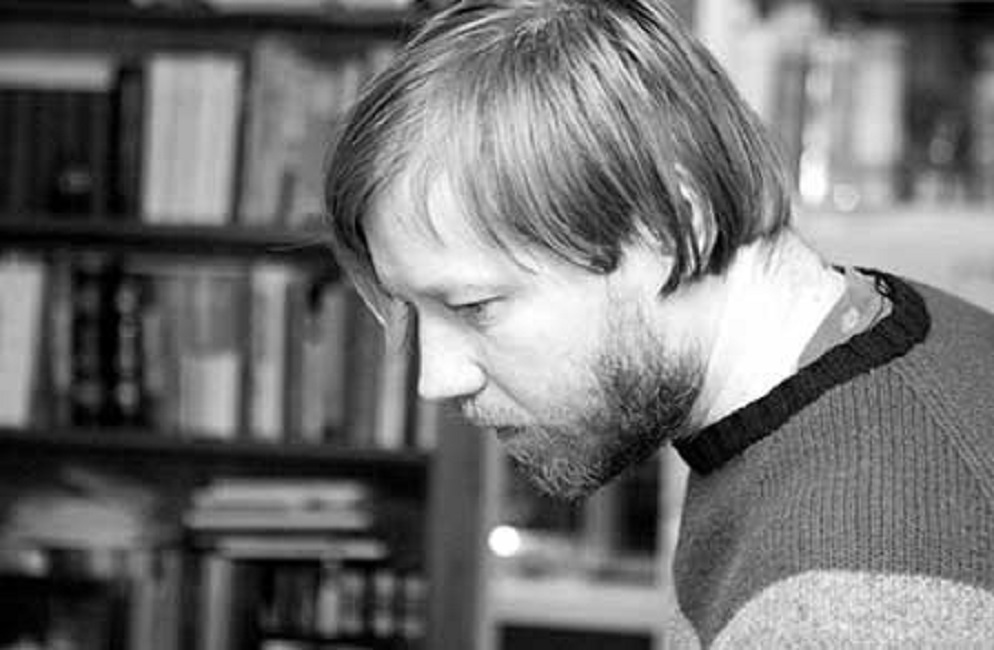 The if-clause and the when-clause and the which-:
I’m lost in their switchbacks and crossing loops,
a transit train hurtling toward a ditch
past all commercial ventures and co-ops.
In this swift life, there’s no time to compute
the likely outcomes, lay no claim to that.
Suck it up and commute, commute, commute.
Communicate no note that you cannot.
Language is tiresome, ultimately, as such;
even more so are its alleged limits. Wish
for no abodes of words. In flocks they swish
in multitudes away, and no research
will ever reconstruct the radiant soul
out of the linear windings of the scroll.

Philip Nikolayev is a poet, literary scholar, and translator from several languages. His collections include Monkey Time (winner of the Verse Prize) and Letters from Aldenderry. New volumes are forthcoming from MadHat in the US and from Poetrywala and Copper Coin in India. He lives in Cambridge, Massachusetts, and is coeditor-in-chief of Fulcrum: An Anthology of Poetry and Aesthetics.