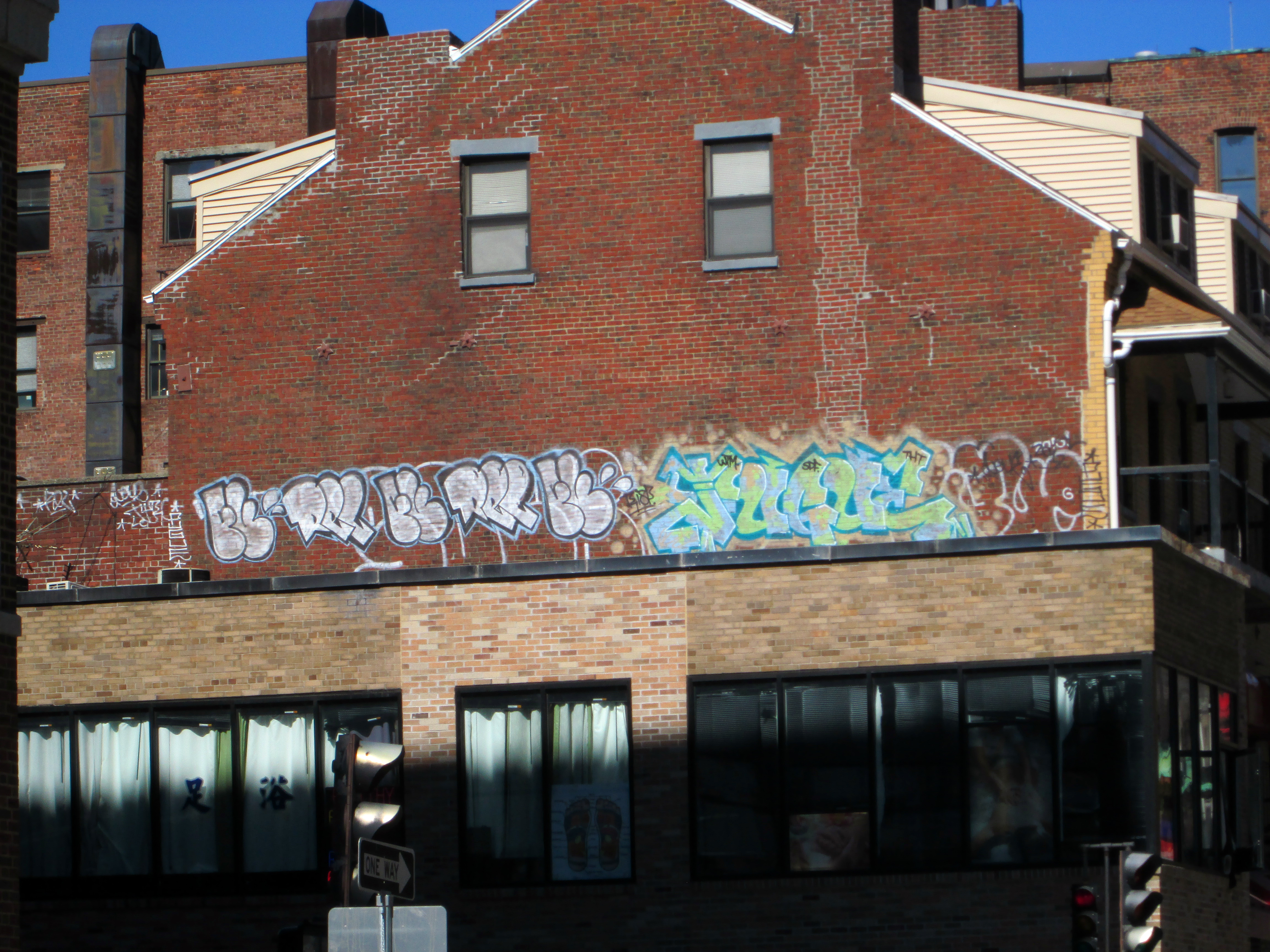 And after we officially gained entry into the Brotherhood of Bad Motherfuckers, what could our mothers do but lose sleep, wake into prayer, prepare herbs & apples, cursive the names of our enemies on loose leaf, & let their names dust in the sunlight.

Now everything is clean, rezoned & paved, tenements abandoned like whack parties, what is left for us to do but summon bullies from their graves & liberate ourselves from influence.

Gone are the old Spots near the takeout, old flames where we used to make out, the Spots where the light used to fade out, the letters we wrote from burning buildings.

Our shoulders were made of stone, our evil was translucent; turn us into mortals, so we can cry without judgement, surrender our cool, and watch us morph into men.

Let it be known that we chased Killer Dillers before the cans got kicked for good.

We were made from repeating Blocks.

Holler if you hear us.

There was never a once upon time because all it takes is one person to get away with it, to get away & get over, to get some & get up, here we go, c’mon, here we go.

You our history, you said.

If being free means burning a few things, then play that number for us straight.

The corner was between us and the world and sometimes you just needed to be okay with not telling.

If anyone asks you about your destiny, don’t explain.

Maybe this is the story we tell to turn ourselves into music, bass & bully, a string pulling at both ends.

They won’t find us in books, you used to say.

Everybody say, Yeah, and you don’t stop.

We practiced our lives in lobbies & layaway, ganders & goofs, boosting lines from the radio, breaking dynamite styles, we were god bodies, we had god in our bodies.

A man can stand on the corner long enough to
see a dream etched on a Herb’s forehead; to see
desperation exit from a subway station; to see
a tragic hero come back to reclaim his
city,

so we downloaded his bars & gems, and, no doubt, when it was time to tell our story, out would come fire & spit.

Willie Perdomo is the author of The Essential Hits of Shorty Bon Bon, a finalist for the National Book Critics Circle Award. He teaches at Phillips Exeter Academy.