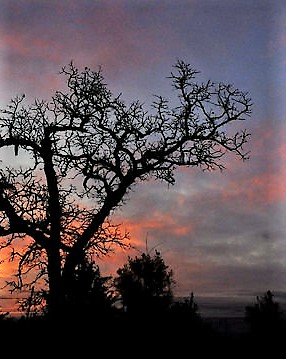 In sharp contrast to the violence and suffering running through these poems, Torabully’s language is lyrical and playful, with neologisms generously sprinkled throughout, along with Mauritian Creole. Infusing my translations with music, as well as finding equivalents for Torabully’s neologisms were probably the most difficult challenges I faced, as most made-up words in one language have a tough time crossing the border into a new language. For example, in lines 12 and 13 of “[Speak, my gouni],” there is a preponderance of words ending with the sound “m,” which also contain the letter “h”: “entier-homme,” “authurium,” “harmonie-homme,” and “harmonium.” In addition, there is wordplay for the sounds of “homme” (man) and the sound “um,” which sound the same in French. Furthermore, “entier-homme” and “harmonie-homme” consist of unusual pairings, and can be thought of as invented words, along with the humorous sound pairings of “harmonie” and “homme.” So much linguistic intrigue in just two lines! Fortunately, in this case, some of the French words were not so terribly different from their English counterparts. I was able to translate “J’étais entier-homme, authurium, / j’étais harmonie-homme, harmonium” as “I was whole-man, anthurium, / harmony-man, harmonium.” Although not an exact copy of the French, I was able to maintain the “m” sound at the end of several words (even the “um” sound), as well as multiple repetitions of the letter “h” (including the playful “h” of “whole” which sounds like an initial “h”). In a similar vein, in order to maintain the m-alliteration in line 15 (“mémoire moutaille circonvolution”), I made the decision to keep the original word “moutaille,” an Indian pastry shaped into a syrupy coil, rather than go with the English word “jalebi.” (I lucked out on “memory” being so close to the French “mémoire.”)

For a variety of reasons, my attempts to bring music into my translations are not always successful, or are successful to a lesser degree. These reasons include the need to maintain the meaning of the original text, as well as the fact that some French sounds don’t even exist in English. In order to honor the music of the original, I “sound map” the rhythm and sounds (assonance, alliteration, and silences) of the text, highlighting the various patterns in different colors. When I am unable to replicate the exact patterns of the original, I still try to maintain music in the translation, though not necessarily using the exact sounds, nor placement in stanzas. Returning to “[Speak, my gouni],” I noticed that four of the first six lines ended with a stressed “i,” similar to English’s “ee,” but crisper: “vie,” “farine,” “salines” and “marine.” Although I could not reproduce the French “i” (as we have no equivalent English sound), and although I could not get the first 3 lines to end in the same sound without sacrificing meaning, I was able to end lines 3, 4, and 5 with the same sound of “a” to produce an effect somewhat similar to the French: “pans,” “bag,” and “talc.” One of the reasons that led me to the “a” sound was that Torabully makes frequent use of the French “a” for a stressed syllable—which approximates the English “ah” (“chat,” “noir,” “balle,” all in line 2, and “sac,” “talc,” “tissa,” “escalaves” and “memoire” spread over the next two stanzas). To reinforce the pattern, the French repeats the sound “i” in the body of the first stanza, with “gouni” and “redis” (words that stress the final “i”) in the first line. Similarly, I reinforced the “a” sound in the body of the first stanza with “black,” “cat,” and “padishah.”

Regarding rhythm, I attempted, whenever possible, to follow the rhythm of the French, which tends to place the stress on the last syllable of each line. For example, seven of the first eight French lines stress the last syllable (“vie,” “farine,” “salines,” “jute,” “bleu,” “marine,” and “esclaves”). I was able to maintain this rhythm with seven of the first eight English lines also stressing the last syllable, although the exact location of the one line that didn’t stress the last syllable differed from the French (“again,” “pans,” “bag,” “talc,” “wound,” and “dreams.”). I had more trouble replicating this pattern for the last stanza but decided that many of the multi-syllabic words in French that ended lines with a stressed syllable (“horizon,” “authurium,” “harmonium” “circonvolution,” and “Ulysse”) were too important to the text to greatly modify. Rather than finding other words in English to fit the rhythm, I used words that were closest to the original French word.

Finally, I chose to keep some of the “foreign” in “[Speak, my gouni],” by keeping most Mauritian Creole words in my translation. For example, a “gouni” is a gunny sack made from jute and used to carry sugar. “Dhobi” is an Indian word for a washerwoman and launderer. “Sirdar” comes from the Persian (“sir” means “head” and “dar” means “who possesses”), and was used as a title for British officers in Egypt. In addition, this word can also refer to a foreman leading a crew of workers on a plantation.

[To move the ivory sentry]

To move the ivory sentry
I touched the clear sky mirror.
A root
cosmic egg
with two leprous sores
rises from a nocturnal cove:
without matrix of confession
as far as the other sun
mydiatribewithoutatribe
surprisedmeinitsdazzlingblindness.
Forwithoutspeakingofthevanishedabyss
onlythesentenceremainscicatrix-matrix.

Speak, my gouni, tell my life story again.
“I was a black cat on a flour sack.
I was a padishah cat from the salt pans.”

My burlap bag
my blue talc
wove my sea wound.

Dhobi of slaves’ dreams.
I was a dhobi of masters’ memories.

Speak, my life.
“I was an orderly on the horizon,
Sirdar of kelp.
I was whole-man, anthurium,
harmony-man, harmonium.”
Repeat my name,
memory moutaille convolution:
“I was sheep herder Ulysses.
I was plankton race Ulysses.”
O tell me where I’m bound!

[Only a gashed murmur of gangue]

Only a gashed murmur of gangue
remains at this crossroads of salts.
I notice the sharp-edged tattoo
of a forked harpoon when my memory festers.
In the black of dawn, pure métisse,
my uprooted flesh will no longer give respite to exiles.
And my life’s only protector is Death.

Forgetting is abrasion, sky is lesion,
and a coolie’s stoop is distress
in the motionless transport of azure.

Khal Torabully is a critically-acclaimed poet, essayist, film director, and semiologist who has authored over 25 books. The selection of poems included here come from Cargo Hold of Stars (Cale d’étoiles) to be published by Seagull books in 2020. Torabully was born in 1956 in Mauritius—an African island nation located in the Indian Ocean, 1200 miles from the continent’s southeastern coast. He comes from a long line of migrants who came to Mauritius, as his mother was of Indian and Malaysian ancestry. His father was a sailor from Trinidad. Torabully likes to say that his mother tongue is “poetry.” Although his work is almost entirely unknown in the United States, UNESCO officially approved the International Indentured Labour Route Project, and Torabully is a key player. This project offers a new paradigm for the encounter of “memories and imaginaries,” which UNESCO has recognized as “vectors of peace.” In addition to recognition from UNESCO, Torabully’s work has garnered prestigious prizes, including the Prix Jean Fanchette and the Prix de Poésie du Salon du Livre Insulaire.

Nancy Naomi Carlson is the recipient of a Literature Translation grant from the National Endowment for the Arts, as well as grants from the Maryland State Arts Council and the Arts & Humanities Council of Montgomery County. She has authored three books of poetry, and six books of translations, including Hammer with No Master (Tupelo Press, 2016), translations of René Char, which was a finalist for the 2017 CLMP Firecracker Poetry Award. The Nomads, My Brothers, Go Out to Drink from the Big Dipper (Seagull Books, 2015), her translations of Abdourahman Waberi, from Djibouti, was a finalist for the Best Translated Book Award. An Infusion of Violets, a new collection of her poetry, is forthcoming from Seagull Books in May 2019. She holds a Master’s degree in French Language and Literature and a doctorate in Foreign Language Methodology, and was decorated by the French government with the Order of the French Academic Palms. Her website is located at www.nancynaomicarlson.com.