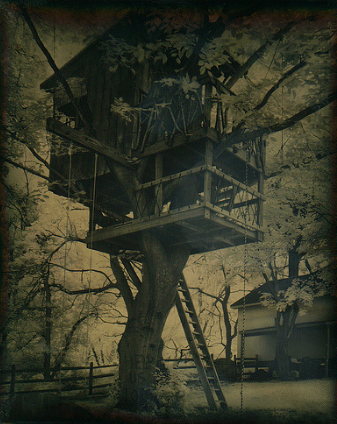 A father is only as good the tree house he never builds
Which he’s promised to his children before
they were script on checkbook, a practiced inheritance
from his father, and his father’s
father.

A gene born in the stars men still look up at from
time to time. Or an explanation for the summer
I went searching for the name of a man
who built the Brooklyn Bridge
with unforgiving stone and sand
and the metal cable wire once
run through his hands.

My mother hosted a young boy
my winter pen pal
the first summer after
the first divorce.

The boy described movies
and wine he hadn’t tasted,
but whose language he learned
from a distant cousin,
another pen pal.

The one who postmarked his letters
from Newark’’s Public Library.
Brick City.

Where young Philip Roth wrote
Goodbye, Columbus, a long short
story, the boy had seen as
a black and white movie.

I sat in awe, while he
proudly rubbed his
small, leathery hands
he’’d stained a purple
black walnut, from
a tree he picked in
California for his
father, who
promised him
a tree house
the coming
summer.