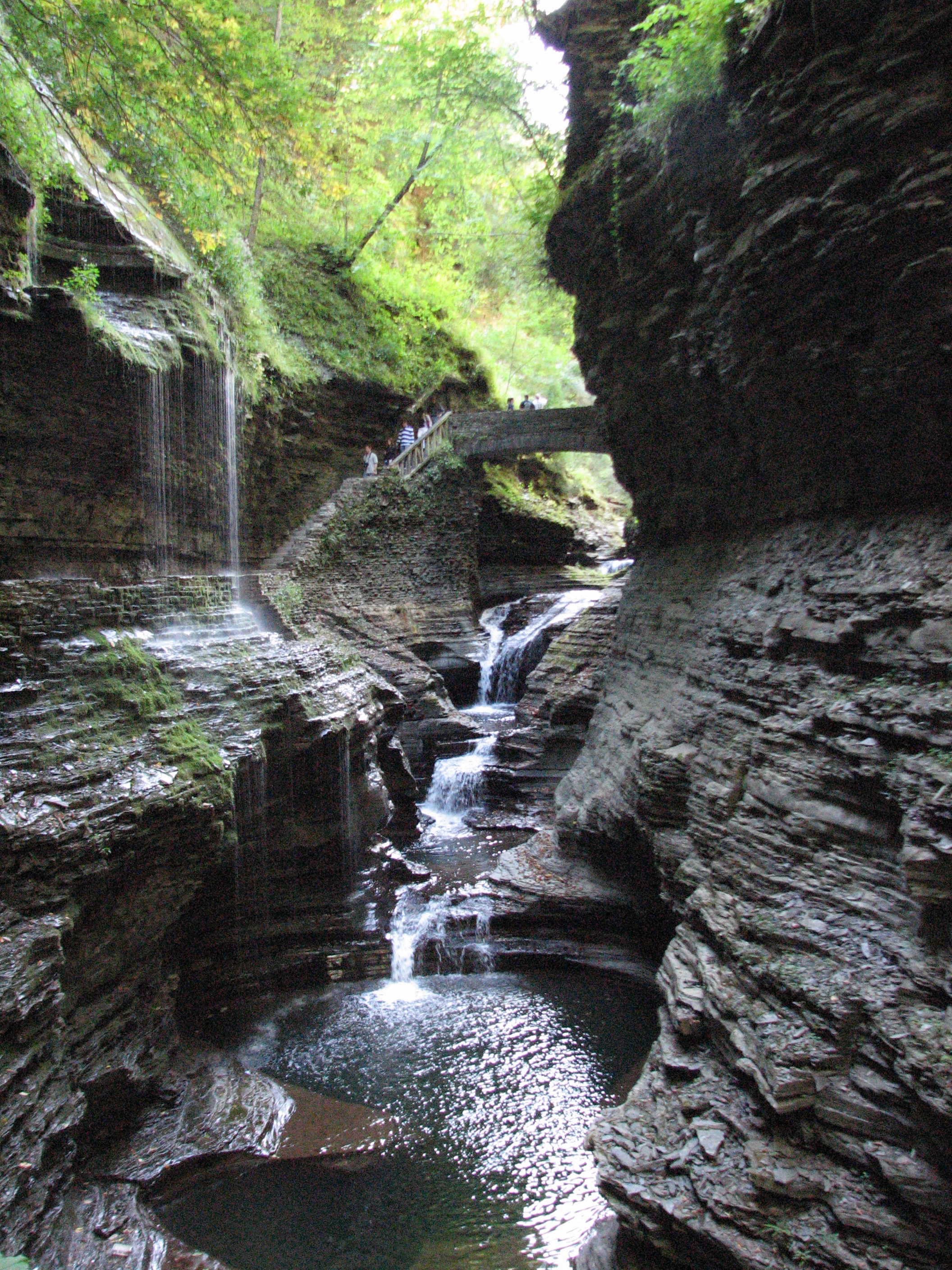 I am a trespasser. It’s difficult not to be one when so much of the hills surrounding the Finger Lakes of New York are owned by so many, “somebody else’s.” Even the abandoned Tenny’s Farm, with its heaviness of barren barns and feral fields, is stitched with Posted signs. Nearly daily I hike, or ride my pony, along the top of Grimes Gully with its whispering waterfalls below, to the end of the the Old West Hollow Road: an echo of a carriage road overgrown and barely remembered. It’s not really the end though, it’s a path dismembered by a twelve-foot-high fence that surrounds hundreds of acres of private deer reserve. I press my face to the cold wire, longing for the wide trails that continue inside there. Just being here, though, I’ve passed numerous signs. I am trespassing.

To trespass is to intrude, encroach on, enter without permission, or invade. It is also: a sin, a wrongdoing, or a transgression. I sin as an intruder hungering for room to roam, my wild core, weasel-mind, focused on wandering. This urge is uncontrollable. I have worked as a US Forest Service Wilderness Ranger, and before that I resided in the Adirondacks of New York, the largest state park in the nation. Such instinct for exploration is ingrained in me. Thoreau proclaimed that his days required hours of wandering. I’m certain he traveled across neighbor’s fields and forests. Did he have permission from them all? Did he care?

My son, tramping through the state’s scenic Finger Lakes Trail, once miscalculated distance vs. dark, and attempted to camp alongside the trail where no designated permission was granted. He was forced by the landowner to pack up by headlamp and navigate a mile of steep, rocky gully in the night to find a camp.

It turns out that signage reading, “trespassers will be prosecuted,” is meaningless, and quite possibly, nonsense. Trespassing in a traipsing about sort of way is not a criminal offence because it is not a crime. Only the state can prosecute a crime. Trespassing is a “civil wrong-doing,” a disobedience of sorts. A civil lawsuit can be filed and a landowner could sue, but it doesn’t happen much. According to law, if I cause any harm while whiling away on another’s stretch of land, I am a tort, which sounds a lot sexier than it is.

Disposing of old rusted trucks or foraging for fungi on another one’s property is also trespassing. So is having a tree limb or plant on your property hanging over a neighbor’s fence. In such a case the intruding branch can, legally, be cut by the offended, but the branch—and any fruits thereon—must be returned to the rightful owner.

I am the branches of an apple tree reaching for the cosmos beyond the confines of my rooted here-ness. I am a twining grapevine, all tendrils and reach. I am neither endemic nor invasive, but I am not setting roots (this, I’ve told myself for going on eighteen years). I am but a sojourner who trammels, but does not remain. I long for wilder places, mindlessly collecting acorn caps along the way. I thirst for more space in a world confined by puckered signs and imaginary boundaries. I am Trespassers Will, as Piglet notes, named for my grandfather, Trespassers William. This Land Is Your Land, This Land is My Land. I am a wanderer, engrossed in the act of being civilly disobedient, haphazardly trying to regain some ground. I am just a name passing through. Someday my worn paths will be overgrown and I too, will be barely remembered. Forgive me my trespasses.

Angela Cannon-Crothers is an environmental educator and writer in the Finger Lakes Region of New York State. She teaches environmental science to college students, in the hope they can save the world, and primitive survival skills to young children via Forest School, just in case they cannot. Her monthly columns on nature and the environment appear in Neapolitan, Lake Country Weekender, and Owl Light News. Other works have appeared in Orion, BackCountry News and Stone Canoe Journal. She is author of The Wildcrafter (a novel), a story in A Mile In Her Boots; Women Who Work in the Wilds, Grape Pie Season (a children’s story), and Our Voices, Our Wisdom; An Herb Haven Year.