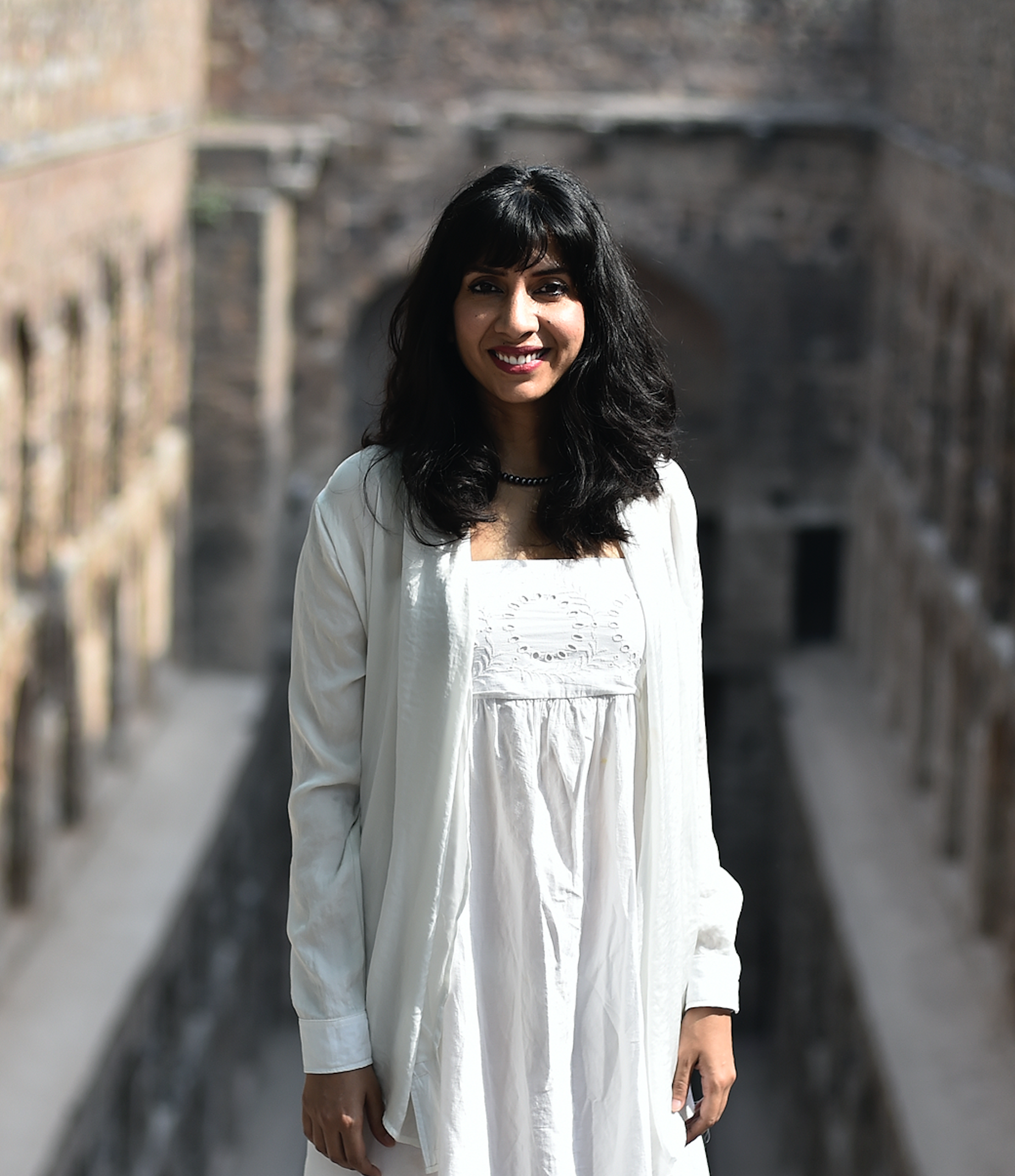 Snigdha Poonam at a 14th-century stepwell behind her 18-story newspaper office in the heart of Delhi. Photo by Ravi Choudhary.

How long have you lived here: Nine years

1. The most striking physical features of this city are…

Trees. They are among the first things you will notice walking around. Along the avenues, in parks, gardens, forest patches, inside bungalows and vast government offices. The oldest date back 500-600 years. When they flower, Delhi is bathed in the brightest of colors: yellow, green, purple, crimson. Most people I know in Delhi have a favorite type of tree. Mine is Amaltas.

2. The stereotype of the people who live here and what this stereotype misses…

That they are loud and aggressive. It’s tied to the notion that most people in the city are Punjabis. However, a city of 18 million that attracts people from across a culturally diverse country of 1.2 billion, Delhi must have at least as many quiet and polite people as any major city in the world.

3. Historical context in broad strokes and the moments in which you feel this history…

Delhi is one of the oldest surviving cities in the world. From Hindu Kings to Muslim Sultans to British monarchs, every regime that governed Delhi between 12th and 20th century has left its architectural mark over the city; walking around the city it’s common to find them overlap with each other to produce remarkable sights, such as a Mughal-era mosque looming over a European-style Bungalow.

As Kashmiri-American poet Agha Shahid Ali wrote of the city where he was born,

Once there was nothing here.
Now look how minarets camouflage the sunset.
Do you hear the call to prayer?
It leaves me unwinding scrolls of legend
till I reach the first brick they brought here.
How the prayers rose, brick by brick?

Delhi is most famous for its mix of Mughal and Punjabi cuisines—Kababs, Kormas, Butter Chicken/Paneer, Rajma-Chawal, Naan, Biryani—but much less known is the fact that Delhi offers the best of regional cuisines from all over India at prices as low and as high as you can afford. An Assamese thali from the mountainous north-east at $20 or a 24-dish Sadhya from the coastal south at $100?

Elections. Elections past, elections upcoming, elections imagined. You can coast through any conversation in Delhi with anyone by asking how many seats they think the ruling party would win in the next elections.

Snigdha Poonam is a Delhi-based journalist and the author of Dreamers: How Young Indians Are Changing The World.