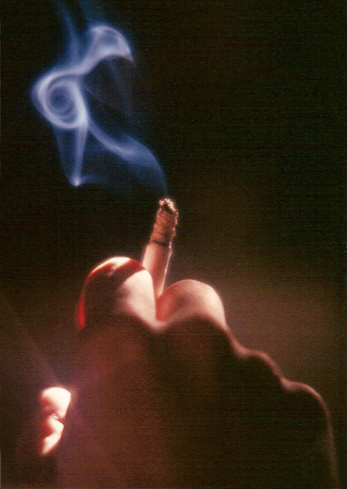 From my row house mailbox, I fished
an envelope: no address, just “David.”
scrawled. In my room, I read: e-mails

bounced back, calls orphaned. If you’re
alive and don’t want to talk I get it.
Though six hours across the Atlantic
is much farther than six along it. If
need be, I will kneel before your grave.
here’s my number. just in case.

I’d been incarcerated in spools
of darkness but wanted to talk
‘cause like a skull cap she’d been
on my mind. Her voice: steamy, Turkish
bath in my receiver. “David?” What
would she think when she got here?

Soon she was straddling my ladder-back
chair. Then, as if taking mental attendance
I counted and recounted a life quietly afraid
of living itself. Told her I was living down

the block from the hospital where I’d come
into the world (my first cry probably still
flickering in the haggard light of that maternity
ward). Why not go quietly from this address
a few doors down? “I took a colleague

to an exhibition in Mannheim,”
she said. “She barked at one of
Rauschenberg’s Urban Bourbons.”

“Back at her flat, she crawled; punched
my ankles; tears dotting my pantyhose,
she sang Grün, grün, grün sind alle mein
kleinder. I put coffee on; asked for the time;
wondered about her Grimm Fairy Tale.
She skidded into the countertop, eyeballs
wall-clock wide: “‘Don’t ask! Mother
always asked me that!’”

Closing my eyes, I wondered who
edits spirit’s fine print. Yet as if
looking through the meat of a tangerine,
the undersides of my lids were ablaze
with late afternoon light. A whiff—like hot
peppermint. Inchmeal, I opened those eyes:

Mona tapping ash on my parquet floor
exhaling Marlboro smoke from between her
lips: she’d been breaking tobacco’s bones
and blowing                     tobacco’s ghosts.

David Mills has published three collections: The Dream Detective, The Sudden Country, and Boneyarn—about New York City slavery, winner of the North American Book Award. His poems appear in Ploughshares, Colorado Review, Crab Orchard Review, jubilat, and Fence. He has received numerous fellowships from the New York Foundation for the Arts, Bread Loaf, and other organizations.