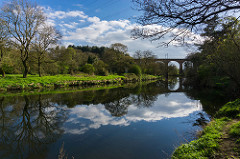 All of this was farmland once. When they came to build the incinerator, my father dressed like a masked outlaw. His friends carried six-foot pencils. My sister and I carried Mike Dukakis in a tank. Our mother carried us children home, and the adults had sandwiches in jail. All of this is true. Jellyfish found belly-up in the salt marsh. So small as to look harmless. When possible, our passions are graspable. Mandatory karaoke Fridays, Jade or Golden Bowl. Always a choice. One church or the other. All of this was farmland once. Where we are dancing was once a horse. Helen, late of the old country, please choose: dogged fire or glowing grate. Machined lace for every maple table. Beloved cypress paneling new owners haul out. Rhotic lack the shibboleth. All of us are from here, but some are more from here than others. On the classroom wall, the lonely Yeats watching over brass-chained glasses down his nose. I propose we build in Watson Park a shrine to last working payphones. Stars deceptively near and yet so small as to look harmless. St. Brigid’s friable cross above the door. Cigarette fires rip the cattails in the marsh. Glass shards in the parking lot a wrecked diadem. No country for old Helens. Blonde Mr. Phys-Ed oils his feet in the center of the library. Unforgivable. Doughy feet gleaming like combative seals under the fluorescents. His younger self locked in the mural in the foyer. The mascot, a bodiless feathered chief, cast as his fawning moon. The building’s architecture is considered to be Brutalist. Naphthal smell on the tracks off Pond. The last actual nuns wandering the drugstore. The replica Umbrian church, terracotta in snow. St. Francis’s living epaulets. Francis, patron saint of animals, though always the same: small passerines, rabbits, deer. You never see St. Francis attended by porcupines. You never see him cradling a jellyfish, its gas flame cool in his palm. Fore River and ever and ever. Bonus moon bobbing on the surface, belly-up. Our excuse for the sea, so small as to look harmless.

Jen Jabaily-Blackburn’s most recent work has appeared in Indiana Review, Cream City Review, and is forthcoming from Massachusetts Review. She has been selected for Best New Poets 2014 and 2016. Her poem, “Braintree”, to be included in the 2016 Best New Poets anthology was first featured in Issue 10 of The Common. Originally from the South Shore of Massachusetts, she now lives with her family in Easthampton, MA.