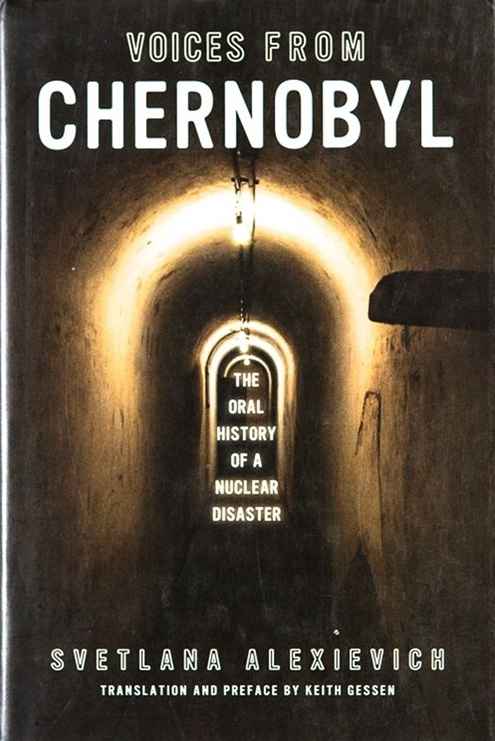 Voices from Chernobyl by Svetlana Alexievich

Svetlana Alexievich describes Voices from Chernobyl as a “novel of voices.” The voices belong to Chernobylites, those who survived the disaster, or who live in the Zone. Alexievich spent three years recording people’s accounts: widows who cared for husbands dying from radiation poisoning; an old woman, alone in an empty town; a war refugee who moved with her children to an abandoned village; a party operative who insisted his daughter and her newborn remain in the region; scientists unable to raise an alarm; children who’ve known nothing but Chernobyl. The voices are full of anguish, regret, black humor, rage, pity for animals and insects. They describe men in fake leather boots shoveling radioactive graphite, bald children filling hospital wards, boars running wild through villages, babies born dead or severely deformed, looting and corruption continuing unabated. Both terrifying and painfully human, this articulation of individual experience makes nuclear catastrophe and its aftermath terribly real. 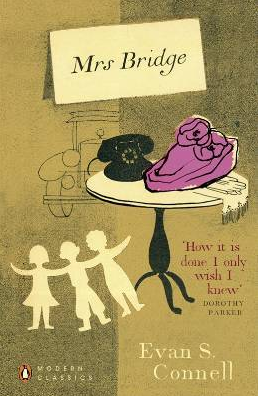 In Mrs. Bridge, Evan Connell narrates the tale of India Bridge and her family through 117 laconic and comic vignettes. Each portrays one of Mrs. Bridge’s everyday tribulations: her battles to prevent her son from wearing a shirt with frayed cuffs, her laudable but futile attempts to hold a conversation with her vile neighbors the Van Metres, and her struggles to remain obedient in the face of her husband’s obstinacy and the threat of a tornado. Through these vignettes, Connell beautifully, comically, and compassionately creates a pointillist portrayal of the often overlooked lives of suburban housewives in the decades surrounding WWII, those whose material needs were sated but whose emotional needs went unfulfilled.

Ben Lerner’s metanovel 10:04 is a difficult love. Twice I turned away midway through. I’m still not sure whether the thing is greater than the sum of its parts. But Lerner has pulled together some great parts, from heady imagery to long spells of alchemical prose. I came back to 10:04 this month to re-read Chapter Four, which travels to Marfa, Texas. While in residency (Lannan), the narrator goes across town to visit Chinati, the experimental landscape founded by Donald Judd to exhibit his own works and those of a few peers. One of the novel’s great ekphrastic passages opens around his trip to a set of buildings at Chinati known as the Artillery Sheds. Here Lerner has written the best valuation of Judd I’ve read yet (pp 178–179).

Hard questions streak through 10:04—it’s a Künstlerroman for late capitalist New York, the city after Lehman Brothers, after Hurricane Sandy. Why do we write now? What do we write now? To finish 10:04 takes courage. In his invocation of Whitman and others, I see Lerner framing an urban quest for authentic invention. I am so glad that the voyage that is 10:04 takes the reader to Chinati and Donald Judd. 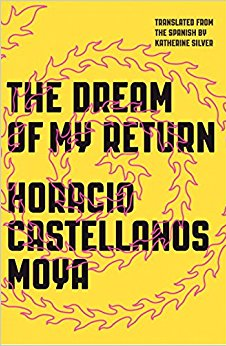 The Dream of My Return by Horacio Castellanos Moya

A madcap energy runs through Horacio Castellanos Moya’s most recent novel, The Dream of My Return, published earlier this year by New Directions (with an English translation by Katherine Silver). We’re introduced to the book’s narrator, Erasmus Aragon, a Salvadoran living in exile in Mexico City, through a catalogue of his chronic pains and unlikely treatments. He decides to pursue acupuncture and hypnosis with the help of an old family friend, Dr. Chente. But when Chente disappears mid-treatment, events begin to spiral: adultery, government agents, dissidents, an astonishing number of vodka tonics, one or two murders that may or may not be real. Aragon is himself determined to return to El Salvador, but in the meantime, in Mexico, he can’t seem to manage to stay out of trouble or reasonably sober. It’s a wildly funny book. Castellanos Moya packs in the anxieties and the heartbreaks and the unlikely hopes of a new generation of exiles adrift in Latin America. It’s what some might call a ‘slim’ novel—you can read it in the span of a weekend or so (this weekend, hopefully)—but its ambition is as great as any novel released this year. 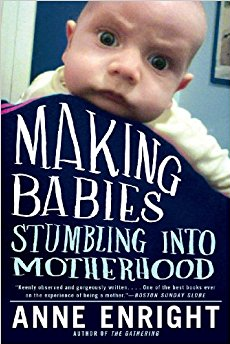 As I write this, I’m 36 weeks pregnant with my first child. Most books on the subject have felt saccharine and overfamiliar; I hated that they addressed me as “Mommy.” (I felt like Nancy Reagan.) Others overcorrected into millennial snark. Enright’s book was the only one that spoke to my sense of bewilderment. According to Enright, yes, you may feel like nursing passengers on the local bus, or the bus itself. You may feel as though you’ve been drafted into a cult. You may feel as though you’ve been abducted by aliens. It’s fine. It’s fine. It’s fine.