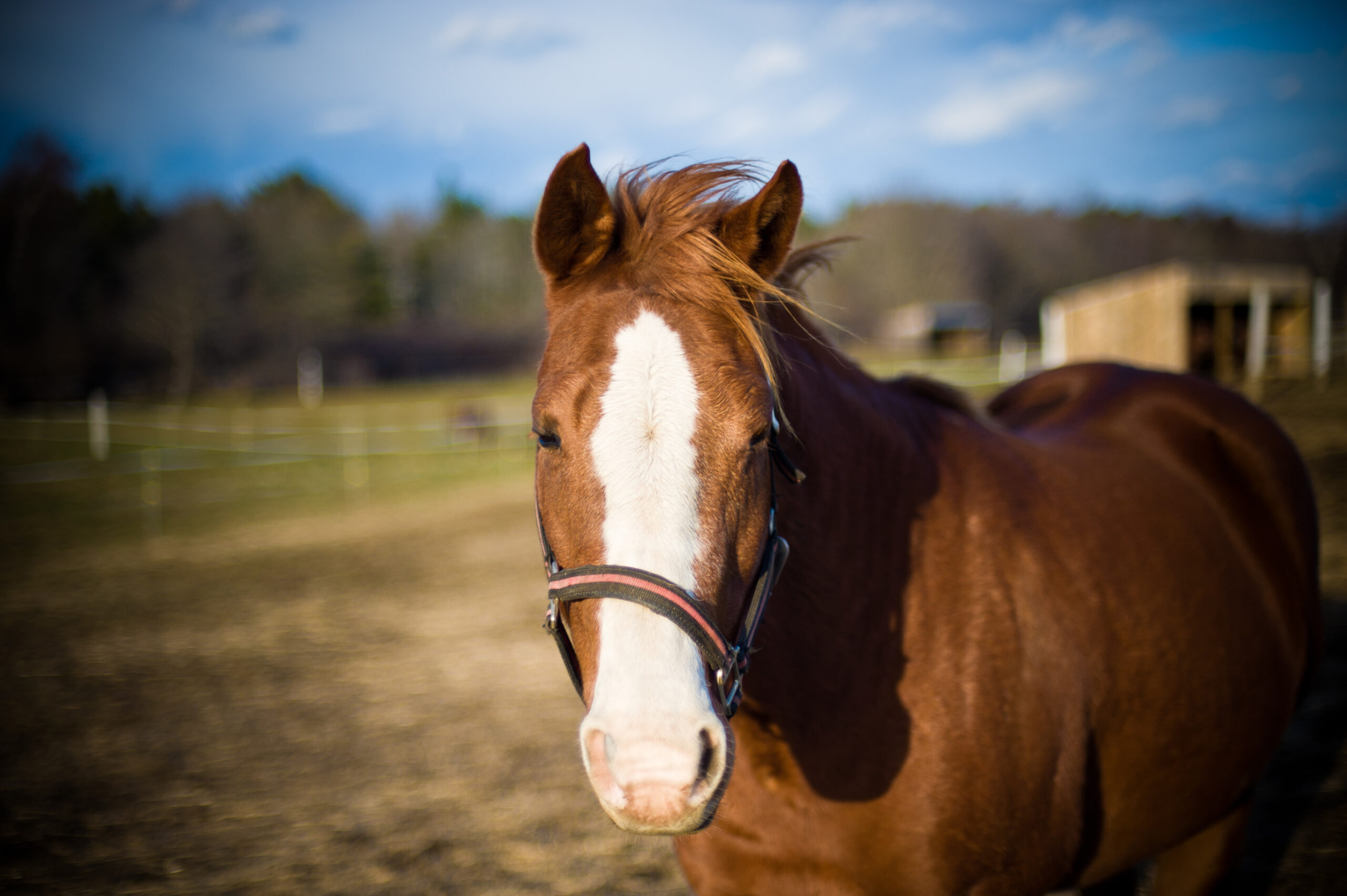 The Groom
after Caravaggio

The Common Magazine · “The Groom” by Austin Segrest

The groom’s behind the horse,
turning it back from Saul
in the foreground by the bridle,

his other hand gentle on the soft
white muzzle.
His balding pate and deeply

Getting stepped on? The horse’s
oblique flank shines. And Saul
is bedded down beneath it on his coral

cape. Coral, his nippled breastplate.
His hands raised wide invert the banner
of the horse’s back, rump to lowered

head, making a circle. The horse
looks back where it had intended
to step. Why couldn’t it

see what we see, just in time—what Paul
sees with closed eyes, like the sun-
bleached eyes of a statue?

Once, in the hollow of a dark
park, an older man I knew and trusted
swooped into a cone of lamplight,

at the last second saving me, he said,
from a mugging I never saw coming
or going. His bare feet, that vein

down his calf—the groom’s legs
blend with the horse’s. It’s complicated,
I said once to a survivor, who wasn’t

having it. But to disentangle
even a toe, an ankle—it never fully
resolves, even after you see the hoof

After Caravaggio
after Teju Cole

All yielding is attended with a less vivid consciousness than resistance; it is the partial sleep of thought…
—George Eliot

The first time it occurs to you, the first time
you’re turned around, unseated, makes
a pretty, if predictable, picture:

the flash in the dark, the exposed, flushed limbs
raised and spread in total compliance,
total trust, like a cat

sleeping on her back, a beetle flipped and stunned.
No need to speak, or think, or move then,
only to open yourself and receive

that heavenly transmission.
But even if the rest is taken care of,
or, as they say, takes care of itself,

you’re still going to have to get out
of the road and deal with your spooked horse
and the logistics of the rest of your journey.

You still have a livelihood, have to eat
and find a safe and decent place to sleep.
The honeymoon is nice, but won’t last,

nor will you remain at the center.
You have to go on getting older,
losing and regaining and modifying

your sense of purpose and vocation,
to forfeit the trappings of your coral
cape and breastplate, your pliant skin

and full head of hair and resonant tenor.
Like Saul’s groom, you have to recede
into the background, take the backseat,

to go through the trouble of breaking
and feeding and grooming the mare,
of guiding and talking her down.

If it’s to last, a fine idea
has to be executed. Jesus and Mary
sitting at his feet have to eat lunch,

or dinner at the least.
The honeymoon doesn’t last. Art
doesn’t sustain divorced from life,

from the inconveniences and brutalities
and failures. Conversion doesn’t end
with the blindside blow in the middle of the road.

The origin’s important, the past
keeps us going, it needs its hour
in the sun. But also understand

it was largely a matter of good weather
and genes and clothes. If it’s to amount
to more than mere compliance,

if Saul’s to survive the intensities of youth,
it’s only the beginning of a hard road
to Damascus and the getting of his earth eyes back,

of hearing, as perhaps he hadn’t,
the rattle of heaven’s indifference
and cries of suffering in the streets,

a getting on with the losing
of status and family and friends,
of patronage and protection and freedom.

In this version, the voice
is Paul’s speaking back to Saul

about what he saw
when the scales fell off—

not days, but years,
decades, after.

At love’s command you lay down
under the raised hoof.

If not for him, you wouldn’t have
been in that park, or Atlanta.

Because your mother knew—
because she grew up early,

she had a blind spot where
your knowing was concerned,

taking for granted that you, too,
would never get to not know.

And so you didn’t.
You lay beneath the voice

lying, you count, you’re special.
His power over you,

his banner:
it was a raised hoof,

not love’s roof,
you were raised under.

In the upper righthand corner,
a faint feathering of rays:

cross and hit Saul square in the breastplate,
spreadeagle, concussed,

his coach mic’d into his helmet, Saul…
Saul…can you hear me?

The stripe comes down the dive flag from the left:
direction of transgression and abduction.

A fastback’s roofline slide.
A trick, a certain

slant of attention. Shaft and ladder
shortcutting the gradients of power.

it’s Saul down there,
narc’d, he’s given away

his equipment to the passing fish,
thinking he can breathe the solid spray.

Austin Segrest is the author of Door to Remain, winner of the 2021 Vassar Miller Prize. Originally from Alabama, he teaches at Lawrence University in Wisconsin.