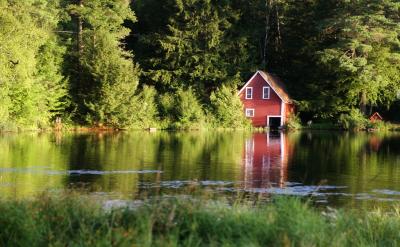 This June, we’re showcasing poems by five new contributors to the print journal!

When I Was Straight

The world was an arrow pulled taut,
pointing toward an altar.
I was blushing & bashful, but never

There were little things, too.
I had hosiery, a silky camisole,
a nice pair of heels. But I’d have to slip

them off if the man was shorter
than I, slouch against walls, one knee
always bent like a penitent

I may have smiled more then,
the part of my lips so often mistaken
for happiness. In fact, it was something else—

a fissure, a break in the line—the way
a paragraph will sometimes falter
until you recognize its promise as

He wants to know what I eat for dinner.

I am young & new to being different in such a public way.
“Just regular things,” I say.

“Like what did you have for dinner last night?” he challenges.

I study the gun at his hip, the cold black fact of it.
I am afraid to lie.

His hand never leaves the holster.
He stands in the doorway and spits on the ground.

“But it was a special night,” I tell him.
“Usually just regular things.”

Julie Marie Wade is the author of Postage Due (White Pine Press) and When I Was Straight, forthcoming from A Midsummer Night’s Press.

Lonely reader, reading the waves, you are not a cynosure, merely trendy, perhaps a trendsetter. It is not you who craves attention or aggression; your motives are benign, at worst commercial, some would say transactional. And thinking of others, as you do, there is an altruism. Something is brewing, you want to be a part of it, so you train your eyes on conquest, the next. Does your magnitude diminish?—will you perish? These are questions, natural enough. Peradventure, the best is yet. Can you claim it, all the while endure the chase, a chase so wild, & so remorseless the havoc? You count yourself corporate, immortal in community yet disposable in essence. Hence it is that, until your time has elapsed, you confabulate. Not a tame charmer of words but a crusader after perils. For bottom line, dear reader, be practical; the armchair enterprise is soon at sea, yaws. Seesaw anchorage.

Evil can be explained by chemistry. For example, a fly swipes I-Can’t-Believe-It’s-Not-Butter from my bread. What sent it there, diseased, unwelcome? Chemicals. What’s the solution? Pesticide. Tear gas is another fine invention. Why cry? Why else but for the woebegone fly that has escaped my lips, along with all the dirty words I’ve ever said because of atoms & all I’ve ever done for same. Agent Orange, Agent Orange, come in. Do you read me? I am at peace with Dow. The Tao of chemistry. Misbehavior made plain: the sniper in polypropylene, my chemical weapons. Neurotransmitters? Resins? These are reasons in & of themselves. My ledger for a Law of Conservation. Nothing to be lost. Styrofoam goes into a landfill; saline causes a sea change for breasts. I can waste myself. Others.

L. S. Klatt is the author of Interloper, winner of the Juniper Prize for Poetry, and Cloud of Ink, which was awarded the Iowa Poetry Prize.

The boy in the labyrinth hears a deep song. It is a comfort, but cold as the bottom of glacial ice. He stumbles through the maze, and still the tune hangs from the stalactites. A cool, wet film glistens from the flame he holds aloft. The after-echo from the flame tongue at the end of his torch scratches a charcoal line into the corridor. The torch’s reply, liquid, mixed with the sound of his footfall in the narrows of the path. The boy imagines that tonight, in the surface world, rain falls upon houses. Sewers swell with bits of clay, turn gutter waters red. The runoff spills into tributaries here under ground. He imagines the frogs will sing. Imagines they will hum.

The boy in the labyrinth hums. A tune from memory to keep the time at bay. Something electric. A singe of energy twists from the crucible of his lips, arcs from doorway to doorway. A puff of air into the air. It blooms from the boy’s mouth. Radiates into a white, translucent berry. It swells before his eyes and loses its form in the darkness. There are blind fish here. Animals born without eyes. They feel the boy’s breath along their sides as it writhes along the contours of their forms. Each note of the boy’s song on their spines slides down the length of them. The boy feels them too. Their insomniac forms lean into his hum’s sweet kiss.

A dull glow in the room like a lamp,
a munificence of table, shine of roast,
potatoes, gleam of sweets,
and guests sitting down, laughter,

but the thirteenth one late. Cross.
Night overtook him, following
complicated directions, the road he confused
with another, or forgot, all bearings lost so,

arriving, he was cursing. Said:
All you want will come to you
in a manner you did not wish for.
And the truth is “bounty” – when it came,

unrecognizably, I ac-
knowledge – took me back.

In the story you told – that a phantom or ghost
(your word, having no other)
sat at the foot of your bed –
impression’s gist

was the glimmering orb
of the real when
the apparition spoke:
You saw through him

(he was translucent), but did he speak your tongue
when he asked what you’d done?
What puny practice, the candle lit, the lover soundly
sleeping, the prayer

you incanted with
so much fervor before
you knew him there?
Language clicked

against his palate tele-
pathing a power made from
something beside words: magic was close to it,
your skin shivered

with goose bumps, the door in your wall
of feelings fallen
open, and over-
flowing – grief’s sudden
capacious charge

Cynthia Hogue’s eighth collection of poetry, Revenance, is forthcoming from Red Hen Press in the Fall of 2014.

A Pair of Salukis in Berkeley

I wanted to tell you about the dogs we saw
on a sunny day in Berkeley, California,
a few years back while traveling with the kids:
two princely, sleek salukis that promenaded
on leashes past the glinting café tables
off Telegraph, where we happened to be sitting.

It wasn’t just the dogs I wanted to tell you about
but also the man with long matted gray hair
sitting nearby—perhaps afflicted
with Aspergers, perhaps homeless—who blurted,
“Those are beautiful dogs!” then shouted almost in anger,
“They’re better than people!—better than people!”

And for a startled moment we teetered
between uneasiness and hilarity,
then went with the latter: that repeated phrase
became the refrain of our afternoon,
the kids and I riffing on it to a hip hop beat
as we wandered around campus and strolled the streets.

And while we were reeling off our badly rhymed couplets,
I could almost hear your antic voice joining in,
as if you were speaking through us
or we were keeping alive that part of you
you couldn’t hold onto in the end and we too
lost sight of after you so suddenly

left us: your playfulness, the way
you’d latch onto a phrase and repeat it
like an absurd mantra, or make up songs
with dogs as heroes, and sing them to the dogs—
almost as if you were trying to tell them
they were better than people.

How many times did I say it
over the past decade,
until it became a kind of mantra,
the measure of any crisis:
“Nobody died.”

I said it to myself
to put events in perspective,
and I said it to others
to remind them that things
could be worse.

Always in the background
was the awful fact
of my brother’s death;
for any lesser calamity
I needed to be grateful.

Our house was burglarized:
diamond earrings, pearl necklaces,
all handed down
by ancestors long dead.
“Nobody died,” I said.

It was like a charm
I wore around my neck
as a form of protection,
an evil eye
to stare down death.

I said it again
to our friends at the lake
when their boathouse burned down,
but felt how selfish it was
to be ranking their misfortune.

And then the phrase began
to go sour. I worried
that it might be asking for trouble
to keep saying, “Nobody died,”
a way of taunting death.

So I quietly let it go,
as if to row out
far from shore
and drop the amulet
into the lake’s all-seeing eye.