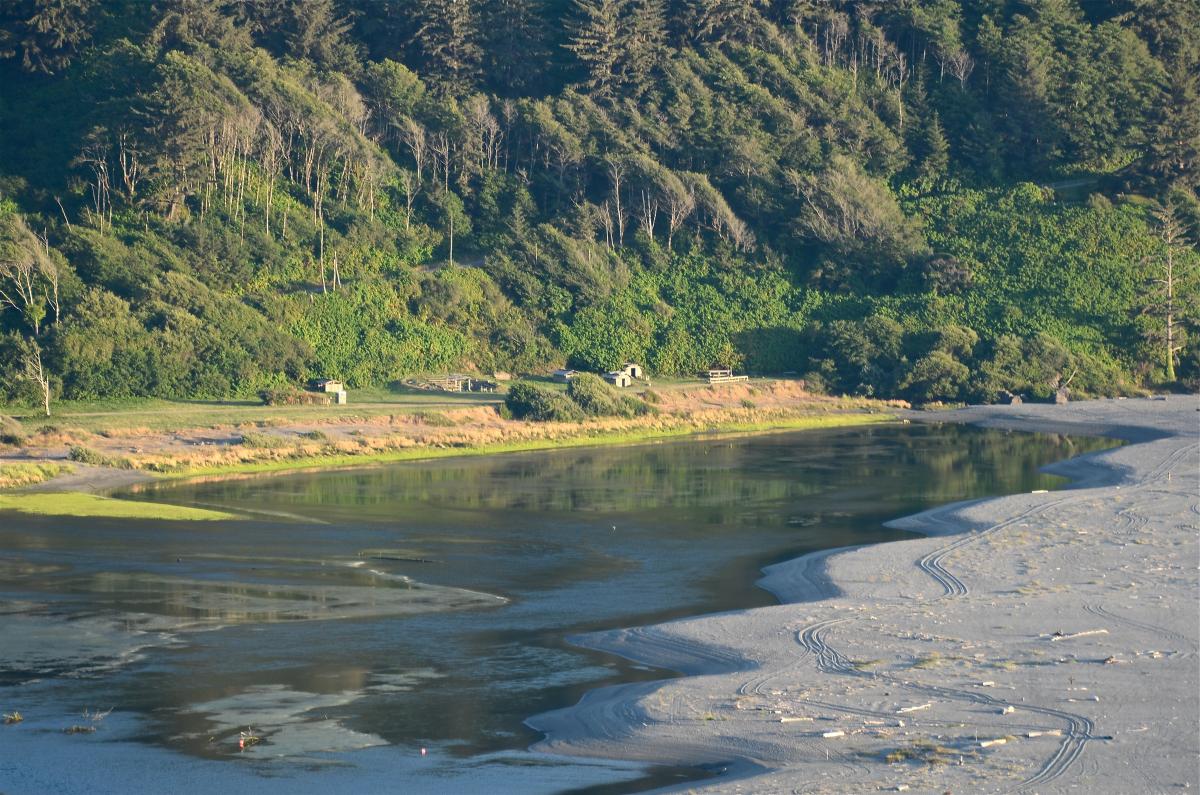 It’s time for our monthly poetry feature! Today, we are publishing eight new poems from The Common print contributors. 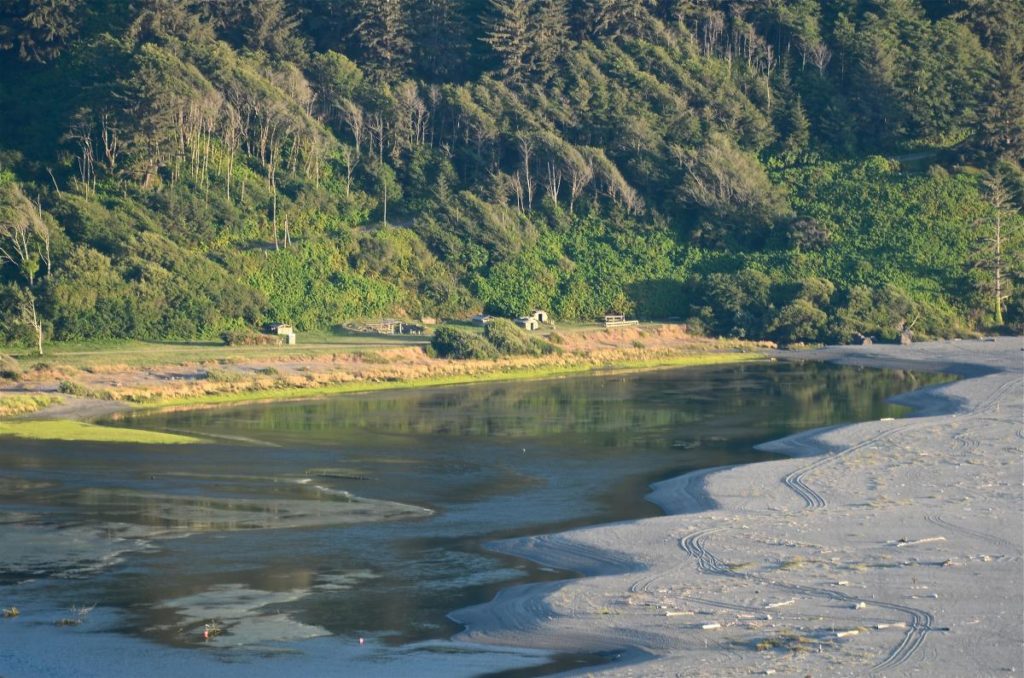 The fake gold razor blade
you wore around your neck
stopped me cold today,
as I sifted through my jewelry clutter.

I still can’t bring myself to watch
“Philadelphia,” knowing you
were an extra who didn’t need direction
to play a dying man.

In the office, when you admired
my thick chain bracelet, I handed it over
for your gold-tone bauble.
The blade was a joke, of course, accessory
to jeans and gym-pumped muscles,
our impromptu “West Side Story” duets,
“We’re gonna rumble
tonight!” in the magazine’s hall.

I understood everything the weekend
I encountered you at a Bette Davis
feature. Eyes lowered, you mumbled,
not introducing your boyfriend.
He could have been your twin,
but I doubt he could quote
Lord Byron or recite the names
of every pope since 1500. I loved you.

For years after you left New York,
I’d think I saw you, always turning the corner.
Now you’ve returned in online obits,
glimpses of your life from that ravaged time,
and a dull mix of fingerprints
that clings to our razor blade.

In a dim room at the far end of a long hall,
tiny lights flicker above the dancers—

men and women who learned to tango nights,
after work driving trucks and buffing nails.

down and back to music that began
with the immigrants of Buenos Aires,

spread to brothels and dance halls,
now stirring the air of this 19th century hotel room–

across the dark, wavy mirror on the back wall
like phosphorescent flashes across black water.

All But the Serpent

She lies face up in a secret place—
untamed garden or tamed jungle,
no matter. She lies
with a Louis Vuitton bucket-bag,
its repeating monogram
like visa stamps to Xanadu. Gold
fringe spills from nowhere, striping
her pale thigh. A white dove, wings blurred,
balances on raised fingers;
two more nestle nearby
in the high dried grass. Why these birds,
this hint of headless
raccoon? Why this dress
of fuzzy green scraps
that could be plucked for a nest?
Her browless, half-closed eyes
are no window.
It’s her parted lips that see.

Maria Terrone is the author of three poetry collections, Eye to Eye, published by Bordighera Press in May 2014, A Secret Room in Fall and The Bodies We Were Loaned, as well as a chapbook, American Gothic, Take 2.

Inside Raheem’s windbreaker
jacket lining is a pair of Dwayne Wayne glasses
that would make his street cred plummet
like the Dow Jones, but his selective
intelligence manifests to point out how nuptial
is the feminine past participle of nūbere:
“to take a husband for every damn thing he’s got.
Man, the moon’s the nicest female in the galaxy,
but if she caught me cheating she’d walk away
with my Galveston sugar shack cottage
& the fucking Gulf of Mexico.”
“But,” I say, “she’d convince
herself that her constant phases
caused you to step out on ya’ll’s marriage:
one quarter there’s a shadow masking
her sociable side, & months later
she’s an open-source satellite
tracking meteoroids of happiness.

All this to say that those hours spent
arguing over who’d keep
the rare Diabolical Biz Markie
Beat-Boxing Doll will seem pointless.”

Note: Kleosphobia is a word the author invented. “Kleos” derives from the Greek for “renown” or “glory”. Kleosphobia, then, means the fear of losing one’s glory.

I’ve passed down my fear
of the police to my baby boy
who always sleeps, frozen,
with his hands in the air.

Corralling around dancing
clouds, Lil’ Bo Peep’s
sheep wag their badges
behind them.

Lil’ Bo Peep squeezes
air out of a blue bulb
& places the tip
at my son’s left nostril;

the air coming back
pulls out nothing
but encrypted audio files
of my kisses goodnight.

Jonathan Moody received his MFA from the University of Pittsburgh. He’s a Cave Canem alum whose poetry has appeared in African American Review, Crab Orchard Review, Gathering Ground, and among numerous other publications.

What the Tractor Was Saying to the Bird

Fidgets on the mound, crouches on both knees,
no longer talking to the ball now, so rapt
in attention he surely must be listening
to what it’s saying back, in conversation

with himself, scrapes, smoothes, pats down the obdurate
dirt, scoops a handful of dust to pour through his hand’s
hyperactive hourglass, takes two hyperventilating breaths
to get psyched up, pumps one last blow into his arid fist,

leans so absurdly backward one thinks he’d tip over
before the pitch, winds himself tight in an arc and fires
in full command, the ball an extension, his body English;
after the release leaps off the rubber in relief,

thrusting his throwing fist forward pumps the arm
bent at the elbow twice then, getting the ball back
from his catcher rotates his shoulders windmill fashion,
tossing hard once every ten seconds sometimes

faster, mostly for strikes, swaggers and struts around
the halo of infield grass following a ground out, refuses
to reuse balls on which opposing players leg one out,
rejecting new ones he claims have a dent, the picture

of his bushy head in the dictionary next to “finicky,”
intentionally jumps over the white lines designating
the sacred boundaries on his way to the mound and
superstitiously skips over the marks on his way back

to the dugout, hops to put out the fire of frustration
in his head, with a wide toothy grin, wild mop of hair,
everyone fond of this kid especially the young girls
who run into the barbershop to salvage his curls

off the floor, after each inning jogs, no sprints off
the diamond, his long locks unfurling in the breeze
behind his arched back as the girls squeal for more,
more as the magical summer unwinds seemingly

never to end, many of his games lasting two hours
and less people don’t leave their seats for the bathroom,
holding it in between clutched knees, the concession
stands deserted. They know the routine: Go Bird, go!

and he delivers methodically finishing night games
with the last glow of sunset lingering on the horizon
of late Michigan summer while they chant “We want
Bird! We want Bird!” for a post-game curtain call.

Something happened, the arm just went dead.
As the years and decades flew by an occasional story
would make the rounds about The Bird as a pig farmer,
The Bird driving a dump truck (he had gone back home

to Worcester, Mass and started a business) so that
when we heard of the accident what came to mind
was: “What the heck was he saying to the truck?”
“What was it saying back?” And: “Everything is alive.”

“What kinda kid are you? You don’t wanna
soda?” the potty mouth waitress badgers
the preverbal girl toddler desperately tugging
at her dad’s elbow unable to get attention.

There follows a passionate disquisition
with the Albanian cook-owner on the
superiority of romaine over iceberg lettuce,
a few steps up in the working class order.

This temple is a domain that worships
difference: the tattooed and pierced waitresses,
the bearded dreadlocked dude at the counter
wearing a kilt. The entire room is laughing.

The step-mother keeps calling her “the brat.”
Easy to tell when the adults are too immature
and self-centered to put the child’s interests first.
The little girl keeps crying and won’t be soothed.

Night on the Klamath River

Sleeping awkward on its mangled stones:

the river told me to dream of two fawns.
One leapt into me and bedded from there.
The other was shy, nuzzling shadows.

They were gangrenous, infested.
Open sores shining out from their sockets…
Come morning, I turned my back to that river

and all its feverish rapids, but now

something in me lies down
at the thought of hurried does

calling out to their young,
rustling just outside my field of vision.
My heart: you were thinnest there,
where the sick ghosts of fawns
followed you home from the other world.

Patricia Killelea is a mixed-heritage Chicana poet, musician, and scholar. She is the author of the poetry collection Other Suns, which is available from Swan Scythe Press (2011), and is currently a Ph.D Candidate in Native American Studies at the University of California at Davis.