It’s not as though the military fiction canon ignores social commentary; books like Slaughterhouse-Five and Catch-22 certainly have a lot to say. But while many celebrated works in the genre feature criticisms of war and the armed services, water & power is the first of them I’ve encountered whose critiques discuss the racism, sexism, and homophobia running rampant in military culture. (At least in Navy culture, which the book focuses on.) The most climactic moments are not just battles and bombings—they’re also things like the Tailhook Scandal, a three-day symposium after which eighty-three women and seven men reported sexual misconduct. “A group of up to two hundred men who lined the corridor outside the hospitality suites around 10:30 each night” engaged in behaviors ranging from “consensual pats on the breasts and buttocks to violent grabbing, groping, clothes-stripping, and other assaultive behavior.” Steven Dunn, a Black West Virginia native, experienced Navy culture close up during his ten years of service.

water & power’s form is just as subversive as its content. The book’s cover calls it a novel. But the author describes it as a fictional ethnography, and this broader term is perhaps a more fitting description of a book that defies classification. Most of water & power resembles a novella in flash, written in prose that comes in bursts no longer than a page. Yet there are also moments of poetry, as well as photographs, found documents, and collages. Instead of carrying titles, the chapters are sorted into categories. “Participation” sections feature scenes that range from seeking escapism in the streets of Japan to witnessing a comrade’s suicide attempt; “Field Notes” depict the narrator creating the ethnography and reflecting on his Navy experience as a whole. These chapters all seem to be narrated by the same character, a stand-in for Dunn, rather than Dunn himself, but Dunn brings additional voices in with the interview sections. The interviewees tell diverse stories: a VA employee describes a culture of blaming rape survivors; a man cries while eating Afghani food after returning home; a military spouse ends the session by saying, “you gotta make yourself believe you’re supporting a greater good because of how horrible this life is.” Dunn includes a few comments from sailors defending the Navy, but these are vastly outnumbered by speakers who feel marginalized. Some passages delve into the specific experiences of Black, female, or LGBT+ sailors, and others depict the broader process of realizing they are cogs in an unstoppable machine. The section “Subject Interview #00325” encapsulates a sailor’s story in just five short lines:

Other sections, sometimes titled “Documents,” include found text or images. They are no less varied than the other categories, featuring an instructional comic about Don’t Ask, Don’t Tell, for example, or collages that blend text gathered from medical records, dictionaries, and other sources with X rays of teeth and diagrams of the male and female reproductive systems. The text echoes the ideas we’ve heard throughout the book, such as “the military has its own laws, rules.” The diagrams reinforce the themes of gender divides, and both they and the X rays remind us that, although we as readers are accessing these experiences through the pages of a book, other people have lived them in their bodies. They bring to mind this quote by Ta-Nehisi Coates about racism: “[A]ll our phrasing—race relations, racial chasm, racial justice, racial profiling, white privilege, even white supremacy—serves to obscure that racism is a visceral experience, that it dislodges brains, blocks airways, rips muscle, extracts organs, cracks bones, breaks teeth. You must never look away from this.”

Another piece of found text, “Brief History of Navy Slogans,” lists marketing campaigns followed by profiles of the ad agencies that created them:

About: “Grey’s innovative approach to PR is our unparalleled secret weapon. One of the only marketing communication organizations with a full-service public relations team embedded directly within the agency, PR plays a vital role in our collective drive to create Famously Effective work.”

Dunn doesn’t moralize about the Navy being a corporation. He doesn’t have to; with everything he’s shown us, the information speaks for itself. This is the source of much of the book’s power. Dunn never preaches. As such, the violence he describes is never reduced to something that can be explained away in a sermon. Depictions of violence are accompanied by little reflection, if any, which replicates the feeling of being so shocked you can barely process what’s happening, or even react. The book moves on to the next section before giving you time to do either. Explaining brutality would not just make water & power didactic, it would fail to express an essential aspect of violence—how human brains struggle to process it. The final pages reinforce this sentiment, demonstrating how violence can be so great it becomes unfathomable. They begin with this:

The list goes on. And on, and on—for twenty-two whole pages. I started trying to read every name, but before I even got to the second page I realized I couldn’t. There were too many. And even if readers did find a way to read every one, to what end? Should we Google every person and learn about their life, in order to fully grasp how it had been stolen? That would take weeks. There might not even be any information. Many of the dead don’t even have names, reduced to someone’s brother, mother, or child.

That’s what water & power leaves you with: the realization that you’re simply unable to grasp the true scope of violence. The book is disruptive in many ways, from tackling systemic discrimination head on to challenging the form of the novel. But this ending is perhaps its most revolutionary moment. Any book can show scenes of violence, but water & power forces you to grapple with your relationship to it. When you read it, you don’t just learn about the horrors that take place amidst the Navy’s global operations; you are forced to reckon with how difficult it is to conceive of them, much less do something in response. This sentiment rings especially true in times like these, when many people find themselves trying to be activists. Books like water & power humble us by revealing the true scope of violence in the world. Though Dunn never offers a solution—and perhaps, in some cases, there isn’t one—recognizing the full weight of these horrors and accepting our limits could be a start.

Elly Hong is the Thomas E. Wood ’61 Fellow at The Common. 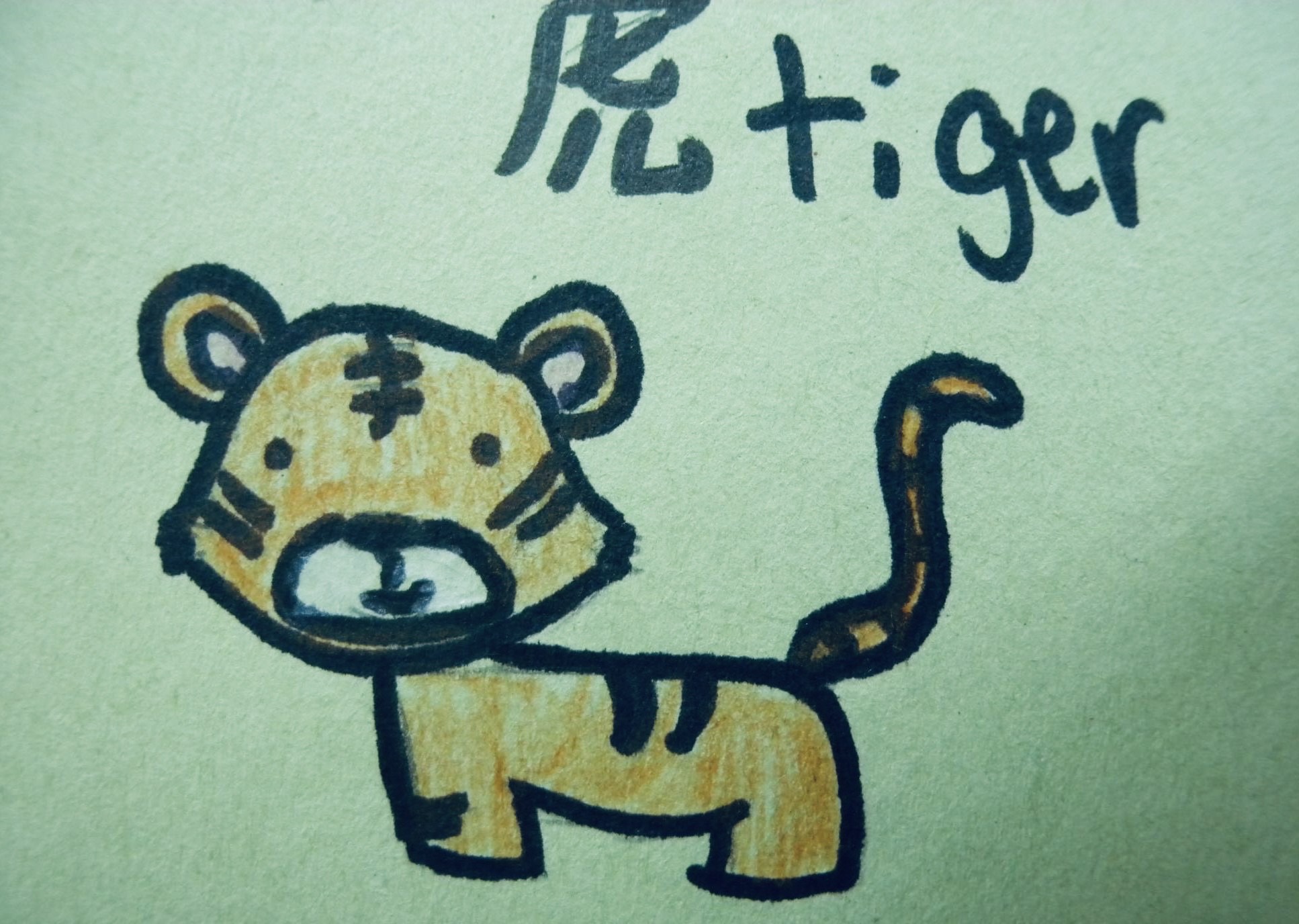 SARAH WU
When the Tiger slinks around the house, she leaves behind chess sets and violins and dictionaries that swirl above our heads. Her fur disappears from corners and her ink-stained footprints press against the floor, and through these moments we know she is watching us.