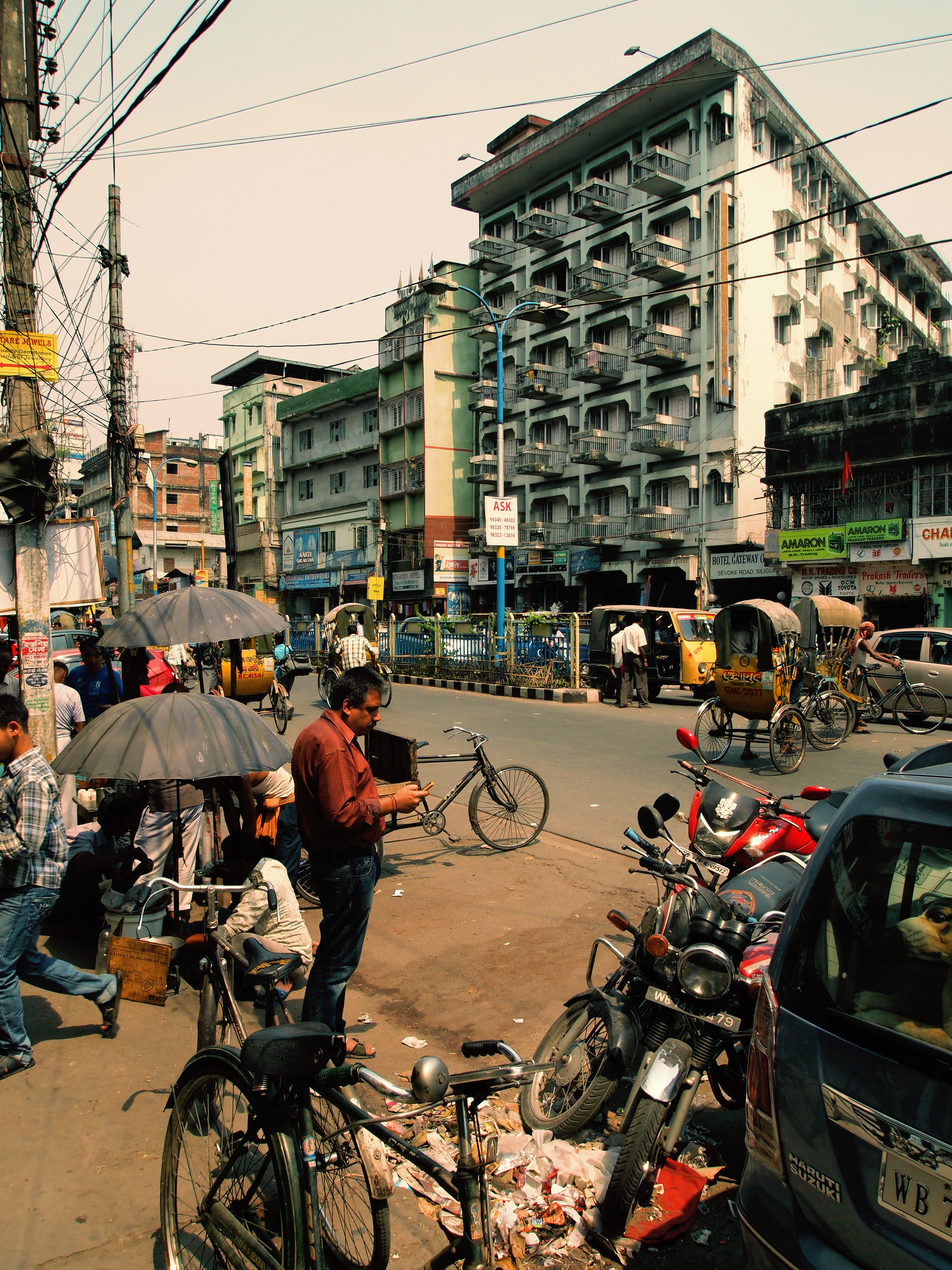 It is only appropriate that I have no memory of my first journey to Siliguri—I have no memory of my journey to this world either. I make this equivalence without sentimentality—I have lived here, in this small sub-Himalayan Indian town, for most of my life. And even when I haven’t, I’ve been aware of its grainy centripetal force. I was three—I trust my parents, particularly my statistician father, on this. My brother was one—which means he didn’t actually exist, except in the laps of our parents. Three days after arriving from Balurghat, I left home. My father was busy arranging furniture, my mother considering her deposits of calcium, her bones and teeth, which an older—and proprietary—resident of Siliguri had warned her about: “Diye jao daat/ Niye jao baat”. Behind the innocence of that rhyme was a hidden curse—Leave your teeth behind/And take rheumatism with you. But to return to my story about leaving home – I am told that I walked to a tiny marketplace in Hyderpara. It was a Sunday. Kalu Pal, resident goonda, the most famous “don” that Siliguri’s ever had, spotted me—a tiny girl in a black frock walking through his elaka, his territory.

“Indira Gandhi,” I said. I had no idea why I used the name of the Prime Minister of India. I must have known mine. After all, I was three years old, and the “What is your name?” drill would have trained me for this. I must have picked up the sound from conversations around me. It was 1977, the time of the Emergency.

I once was lost, but now am found … I think of that moment, coming as it does to me second-hand, as the inauguration of what has been a long career of collecting found sounds in Siliguri.

In the late 1970s, when my parents moved to this small town from Balurghat—where they’d begun their married life, behaving in the manner of students treating marriage like an exam in a foreign language that they’d picked up only from hearing it being spoken on the radio—it had the furriness of a village. Everything that passed through it stuck to its body. A small town on the skirt of the Himalayas, its sense of time was like that of a fish in seawater—there would always be more than enough. Whoever came to live in it was touched by that contagion of airiness—of surplus, of having and giving more than was necessary, even when we had too little. That characteristic of the town, which came to give shape to our emotional economies, also affected—even directed—the shape of our ambition: most of us were collectors, curators of what came our way rather than magicians and scientists bent on invention.

I did not know any “writers” in Siliguri. And more importantly, I did not know any piece of writing about this place I lived in. That kind of conditioning seemed to justify that there was nothing special about this place, nothing remarkable about it that could make it worthy of a writer’s attention (I still remember the untidy excitement that had attended the newsreader Gitanjali Aiyar’s pronouncing the name of Siliguri in relation to the 1988 Nehru Cup—I was thirteen; it was the first time I’d heard the name of our town on television). A town without libraries and bookshops, we were largely dependent on hearsay. News, gossip, stories, even classroom lessons – they came to us second and third hand. This is where—and why—my fondness for the found aesthetic must have first oxidized. For Siliguri is a treasure island of mispronunciation. I can only see it now, more than a decade since I began writing the likenesses of poems, that the character of my reclusive provincial life must have directed me to the found. I had no ambition to be a writer, I was only a very energetic eavesdropper. “I once was lost but now am found.”

For much of the ’80s and ’90s, the walls in Siliguri’s Hakimpara and Collegepara—areas named after what must have originally been a neighborhood of doctors (“hakim”), and what was, for nearly fifty years after India’s independence, the town’s only college—served as canvasses for mathematical equations and formulae. No one, no math teacher or student, understood what they meant. They were beyond the scope of reason or knowledge, but every person who saw them—and they were impossible to avoid, for they stared at us accusingly—was naturally filled with curiosity. 2×3=11. 4+1+1+1+1=44. The identity of the writer of these numerical slogans—what else is one to call them? —remained unknown. There being almost no difference between rumor and speculation and truth in a self-contained knowledge system such as this provincial town’s, we shared this information like philanthropists. At night I lay inside a mosquito net imagining the town invaded by aliens—the equation 1×1-1=2 surely stood for “I love you”? What a tropical theatre Siliguri was—as incomprehensible as a young adult; it was like living in science fiction.

Instances of such versions of the found aesthetic have always annotated the lives of its residents. Just the other day, for instance, Sapna-didi, who cooks for us at home and who lives in a new settlement called Kuwait Colony that she mispronounces as “Wait Colony”, said “Rani water” when she actually meant “running water”. My nephew’s baby-babble turns “Royal Bengal Tiger” to “Loyal Bengal Tiger” and “horrible” to “holy bell”; he thinks Hanu-man, the Hindu god, belongs to the same lineage as Super-man and Spider-man. Irritated with a relative who ends every telephonic conversation with “Jai Hind”—his version of “goodbye”—a friend responds with “Jai Hindsight”. The auto-predict on my phone changes “poetry” to “pottery”, “poem” to “prem”, “poet” to “pet” and “literary” to “lottery”. These accidental discoveries—and these must inevitably be accidental—bring delight to my life in this town; they are the grass in my writing.

Ahmed, a character in my forthcoming novel, Missing, says that Siliguri should be renamed as “No Parking” because no one who comes to live here ever leaves. While working on the edits a couple of months ago, I smiled when I read that sentence—it was a case of double found. Ahmed was using a found phrase, of course. I, too, hadn’t invented the sentence—a young man called Ahmed had said it to me once, when I’d asked him for a parking space for my car on Siliguri’s Hill Cart Road.

Sumana Roy’s first book, How I Became a Tree, a work of non-fiction, was published in India in February this year. Her poems and essays have appeared in Granta, Guernica, LARB, Drunken Boat, the Prairie Schooner, Berfrois, and other journals. She lives in Siliguri, India.