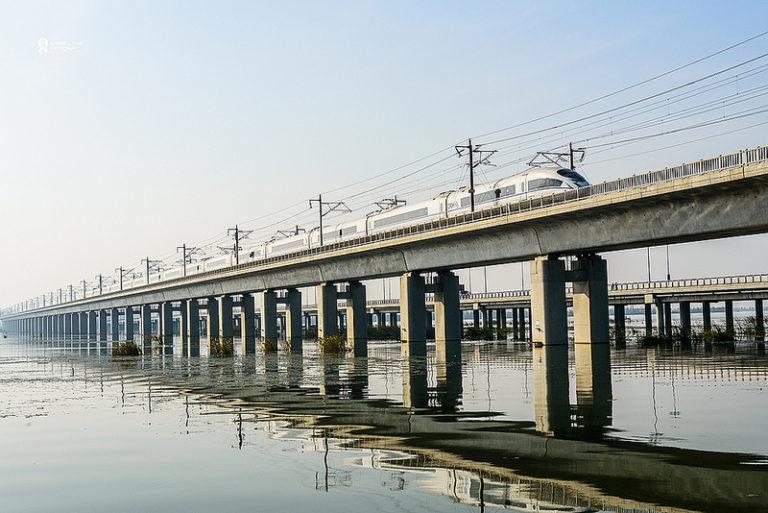 To get to Shanghai I take a Boeing 777 airplane to a Buick van to an Airbus 320 airplane to a Bombadier subway car to a Hyundai taxicab to a Shinkansen high-speed train to a Xiali taxi. This is China. This is a country in motion.

Why am I surprised? I’ve known this since 1996 when my primary transit in Beijing was a Phoenix Made in China one-speed bicycle. Still, things are changing—have changed—so quickly even language is erased, replaced with new vocabulary I must learn on the go:

I’m here for the Shanghai and Beijing Capital International Literary Festivals. Since my first visit to China, it’s my seventeenth trip to the Middle Kingdom and this time is no different: my Chinese homestay father from my high school years and who I still call ‘Baba’ waits at PEK airport with a smile. The red propaganda slogans on the walls are long-since painted over—along jet way interiors, HSBC Bank reminds us why giving them our money will make the world a better place.

This time, Baba’s not standing at the customs exit, but sitting near a Starbucks, examining his new Samsung mobile phone from behind bifocals. I’m calling. When he picks up, I tell him to look to his right.

I’ve been invited to the festival as a part of a panel on China expat writing organized by an anthology, Unsavory Elements: Stories of Foreigners on the Loose in China, to which I’ve contributed an essay about my deceased Chinese homestay mother. While I haven’t lived steadily in China for nearly five years, I return to the ‘motherland’ (as we expats often call her) with enough frequency to get a sense for China’s changes without the inevitable jadedness of a long-term stay.

In Shanghai, the festival is in its tenth year. Like the city, the panel I attend there is a raucous evening event in the glittery expat-filled M Glamour Bar overlooking the Bund—Shanghai’s century-old Huangpu River walkway. In Old Shanghai, where the festival is located, the foreign bank and trading company buildings are eclectic in style, ranging from Gothic Revivalist to Neo-Classical to Art Deco. Across the river, skyscrapers in the newly-developed Pudong district flash their lights as if taunting us with the attractive provocativeness of the new.

Two days later, the sister Capital Literary Festival in Beijing is a more muted, daytime affair. Tea and coffee served during Sunday brunch overlook the ancient Qianmen, a gate in Beijing’s historic city wall, and the heavily-guarded Tiananmen Square. I meet fellow anthology contributor and panelist Audra Ang, author of To the People, Food is Heaven, who has a way of describing Chinese food that makes it sound better than sex. When she reads from her work during the panel, her language feels too rich and delicious for Beijing’s demure crowd. In Shanghai the climate was dense with southern promise, but here the northeastern air is redolent of a desert winter: dry, cold, stagnant. I recall my acupuncturist warning me before the trip: You have a Qi deficiency—when in cold, dry environments, she said, avoid spicy food. Nevertheless, I make a reservation at a hot pot restaurant. I only wish Audra could join me.

At the Capital Literary festival, I sit with the M Restaurant Group’s owner and expat extraordinaire, Michelle Garnaut. She is the kind of accommodating host one imagines existed in an era of French Concession garden parties and Guangzhou portside debutante balls. She spoons tempura shrimp onto my plate, cooing for me to eat more while we talk about the ways China has changed. Korean writer Kyung-Sook Shin sits across from me picking at a tortilla chip. She doesn’t speak English. I don’t speak Korean. She motions to me, asking if this is how she should dip the chip in the hummus. She won the Man Asian Literary Prize and I’m still rewriting my first novel. I can’t tell which of us feels more like an outsider.

There’s a thin, pretty white woman next to me who talks about her childhood in Hong Kong; she took the seat of a Spanish woman who spent a few years in Seoul. At the far end of the table, some chic young expats with spiked dyed-red hair and tailored suit coats look game for a party—anywhere, anytime—as they sip fuchsia cocktails and converse so loudly I can’t make out what any one of them is saying. It’s like something out of a Graham Greene novel, but with a futuristic, nihilistic bent.

At another nearby festival table, Vietnamese-American writer Andrew Lam dines alongside Sinica Podcaster Kaiser Kuo and writer-musician Alan Paul. Paul’s another contributor to the Unsavory Elements anthology, as well as author of Big in China, a memoir of his family’s life in Beijing, and columnist of the Wall Street Journal’s The Expat Life. In Shanghai, Paul performed in a reunion of his China-based band Woodie Alan. In Beijing, he spoke of the dangers of expat nostalgia for the China of old. Things change, he said, or something akin to what a Buddhist monk would note about the perils of holding on to that which is impermanent: time, place, people, everything.

Outside that night, the streets surrounding Tiananmen Square are quiet for a country of such noise. Nearby, the Party Congress meets, choosing new leaders. Police in sharply-pressed navy uniforms line the Forbidden City, arms rigid at their sides, eyes piercing past the taxi’s reflecting windows to meet mine. They seem the only thing not moving in a city of speed. 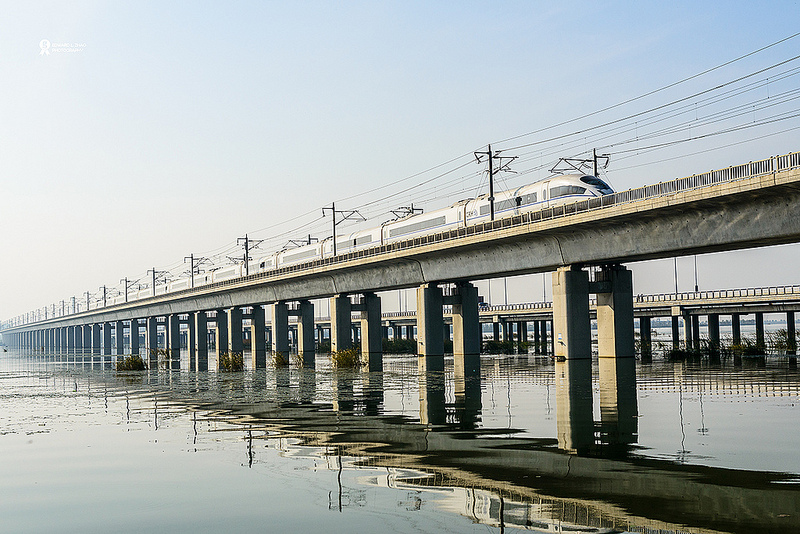 I take the high-speed train south to Shanghai because I’m curious what it feels like to crest speeds upwards of 300 km/hour. My traveling companion Xin, an old friend from my Beijing University days, is technically Canadian but Chinese through and through (she’s the first to note when I’ve lost or gained too much weight). She joins me in the spacious dining car where we learn that no one will kick you out if you keep an empty can of purchased Pringles at hand.

A pair of female janitors joins us for a stint and they quickly consume the train’s only offered set meals (TV dinner-style packages of chicken or fish, both drowned in a sweet brown gravy alongside rice and steamed vegetables). The women are from Manchuria and have the high-foreheads, tall noses, and wide-set eyes to prove it. They like the job, they say, shrugging off our amazement they spend most of their lives moving at such high speeds.

“When do you see your children?” Xin asks, suddenly less pragmatic, and thus more Canadian than her Chinese counterparts.

“Often enough,” one of them says, laughing to expose a missing molar.

As we head southward toward palm trees and warm breezes, in Beijing, it snows so heavily boughs snap off naked aspen trees. The WeChat social mediasphere, a Chinese-style Instagram-meets-Facebook, is full of snapshots of the snow, profile photos of Fudan schoolgirls flaunting new knock-off Louboutins, Beida boys shooting hoops like LeBron, a bowl of overpriced soup dumplings at Din Tai Fung. As I scan the updates, the photos keep changing, while outside in passing villages, the occasional single gravestone pockmarks a field—a soul departed and buried right where she worked all her life. I raise my phone to take a photo, but we’re moving too fast to catch it in one frame.

Kaitlin Solimine is a columnist for The World of Chinese Magazine and co-founder of HIPPO Reads, a literary-based media start-up.